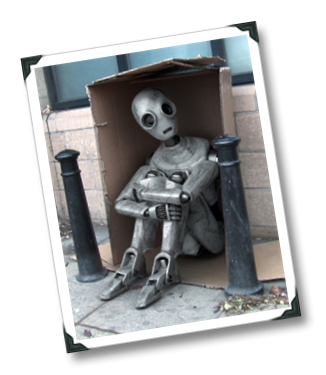 It’s no secret that writing, as a paid vocation – whether about wine or any other subject – is a becoming a bit of an endangered species.

Never has this situation been so acute as it has in today’s economy, which is utterly dreadful for all of us except for maybe the 4 people out there who enjoy having twice the responsibility for 33% less pay than a few years ago.  And those 4 people need a Chuck Norris-style roundhouse kick to the side of the head.

Much has been written about the impact of this gloomy state of affairs on the world of wine and wine writing, and from what I’ve seen, Steve Heimoff summed it up best in an article that appeared on his blog on June 5th (emphasis is mine):

“…if there are fewer and fewer paying magazines and websites, and more and more wine writers doing bad writing, then simple logic dictates that the economic future of wine writing is pretty dismal, in the long term.  People used to make a living as milkmen, gas streetlamp lighters, town criers and all sorts of other jobs that no longer exist. Could “wine writer” be as anachronistic as those someday?”

Last week, Alice Feiring – another writer who, like Steve, paid her wine writing dues coming up through traditional media and now also publishes content on a (very good) blog – seemed to have taken this gloomy view one step further (or is that farther?… ah, whatever) into the bleak and murky depths of wine writing despair.

She quit blogging, that is.  Alice will purportedly give up blogging after publishing a few more articles, despite some impassioned imploring from fellow wine bloggers via comments posted directly to Alice’s blog, or in articles published on their own blogs.

I suppose that I’m about to jump onto the bandwagon of imploring Alice not to join the 90%+ of blogs that give up (I’ve long been convinced that persistence is the key element for long-term blogging success), but I’m not going to do that by explaining that the wine blogging world would be far  worse for having lost such a writing talent if she does quit (it would).

I’m going to tell you that Alice shouldn’t quit because the logic behind her decision simply isn’t sound.

In her fateful blog post, Alice cites a discussion with SF Gate’s Jon Bonné in which they lamented the state of popular writing and blogging in general (emphasis is mine):

“I was bitching to Jon Bonne about requests from magazines –you know the Hachette’s, G&J’s, the NYT’s of the world–who ask me to contribute to their site for the ‘exposure’ instead of pay.

He wrote, “As I’ve been saying for a while now: blogs didn’t kill journalism. blogs killed writing. The art of writing is now essentially fully devalued. It’s a hobby.”

Think of it before you jump all over us. The popularity of the blog has reduced writing to a 500-word postage stamp norm, and usually given away for free. For free. While a digest of words can be a fun exercise in craft, the indulgence the 2000- to 5000 word article was nirvana. Yes, the fee was great, but the process was the thrill and one that we exercised our chops for. And often took a pledge of borderline poverty before, because it was worth it. But now borderline is the real thing. Words and writers are no longer valued. Is it because of the blog? Oh no. For sure. But now the expectation is words are free.

I get a few requests a week for categories and topics readers would like to see here. I ask them, that’s great, but would you be willing to pay, $30 a year for it? Invariably the answer is, oh no. Not willing to go there yet.

You see, once upon a time, writers were respected and paid for content wrung from days, weeks and months of research, interviews and five-ten drafts. Once upon a time, you had to pitch stories, craft them, structure them and develop them on something more than soundbyte and gossip.” 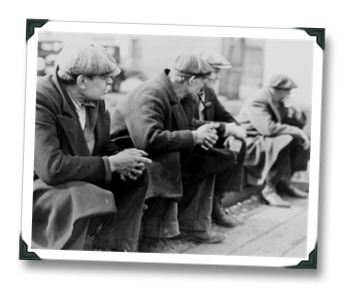 In other words, it’s bullshit.

You know what killed writing?  The same thing that killed reading, wine criticism, and anything else that used to require diligence, care, and patience to both craft and appreciate.

Yes, I’m talking to you.  And me.  And your neighbor across the street.  And your cousin, and anyone else living the consumerist lifestyle in America.

Anytime that we let the accelerating pace of life suck us up into the whirlwind, we allow ourselves to get so busy just trying to keep up that we look for the easiest way to do, learn, finish, acquire, or understand anything.  So, instead of using our brains, we look for shortcuts.  Instead of relying on our own experience, we allow the experience of others to guide us to the point of blind adherence.

Wine and wine writing are suffering because we lack the patience to absorb anything more than a five minute sound bite. Just about every other industry is facing this problem as well, and the dollars and work are going towards what sells, which is the five minute sound bite, not lengthy and well-crafted articles on wine culture – all of which is made more acute in a belt-tightening economy.

Blogging is not the source of any of that.  It’s a reaction to it. If anything, we should be blogging more, not less, to help show people an alternative to the whirlwind pace and speedy judgments that otherwise rule our waking hours.