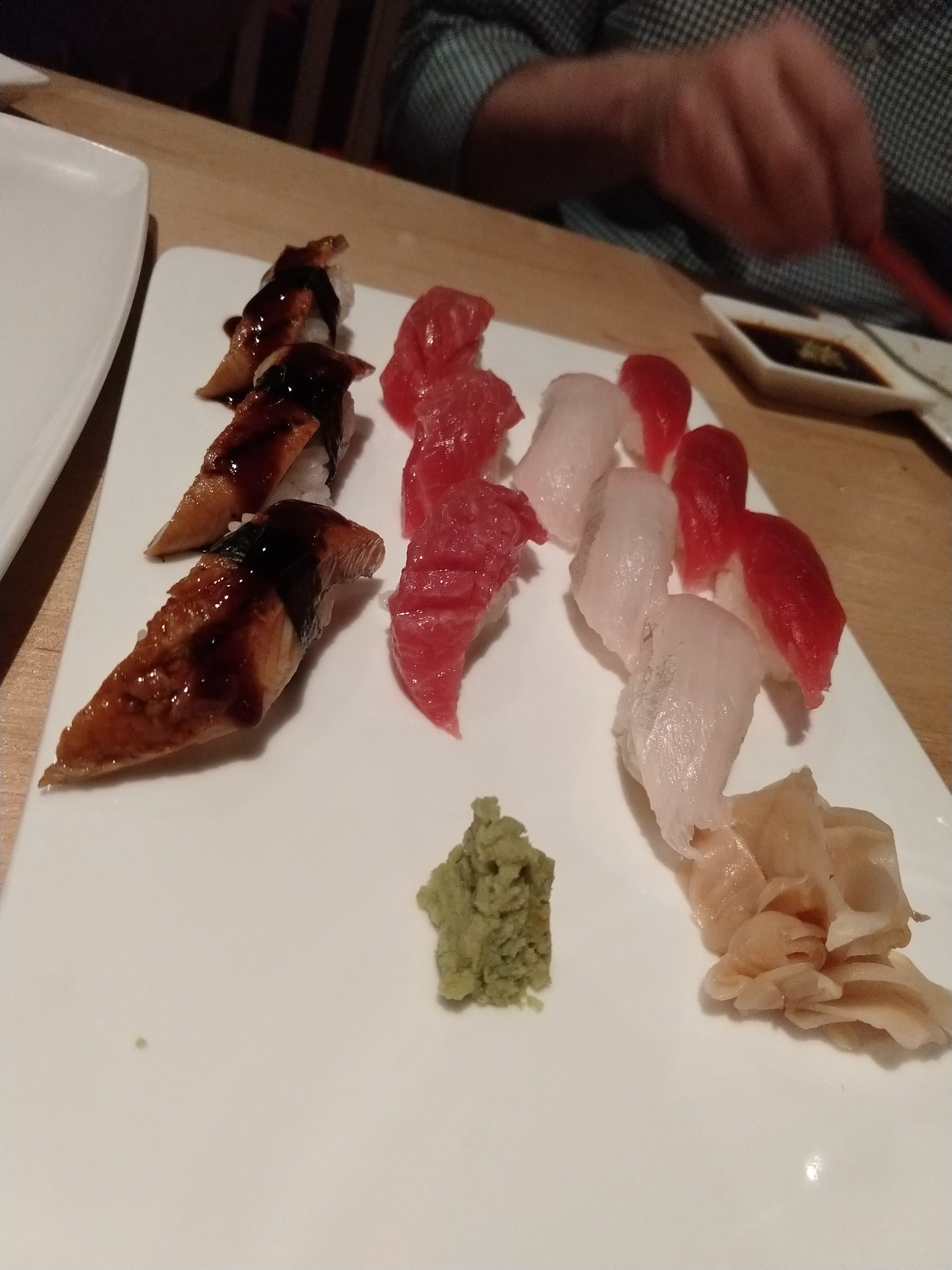 Recently, I was invited for a media-lunch-tasting-type-thingy in Philly with the affably hippie-ish-appearing Greg Morthole, who has been making wines for the Davis Bynum label since 2010. Davis Bynum wa purchased by Rodney Strong in 2007, and before that was a bit of a Sonoma-area legend, based on its eponymous founder.

That Davis Bynum (who passed away in 2017) is literally the daddy of Russian River Valley single-vineyard Pinot Noir, having harvested the first ever such varietal wine in 1973. Bynum got his start as a home winemaker in the 1950s, went pro in the 1960s, and at times had vineyard land in Napa and handshake grape deals with the Rochioli clan. And those last two sentences are a gross oversimplification of why Bynum’s name is well-regarded in the vinous world; I mean, this is also the former San Francisco Chronicle reporter who famously bought a box of grapes from Robert Mondavi for less than $2, once employed the about-as-legendary winemaker Gary Farrell, and used to haul grapes to his Albany winery in a 1946 Studebaker flatbed.

Morthole speaks fondly of Bynum, and if he’s suffering from any pressure-related performance anxiety related to making wines under Bynum’s name, he doesn’t betray an iota of it in his laid-back, California dude demeanor. Here’s what we tasted together over bites of Zama Sushi in Philly (and, yeah, Pinot works with sushi, depending on how earthy a cut you order, and how reserved your application of wasabi is…)…

“This is my favorite vintage [of the Sauvignon Blanc],” Morthole mentioned to me, “and I’m not just bullsh*tting you!” And there is definintely something special about this release, which hails from a mere five acres of sandy-clay loam soils, and sees twenty percent acacia and older oak barrel action. Sporting melon, lemongrass, spice, blossoms, and tropical fruit aromas/flavors, this holds its palate weight deftly; I mean, it’s curvy, but it’s also firm. 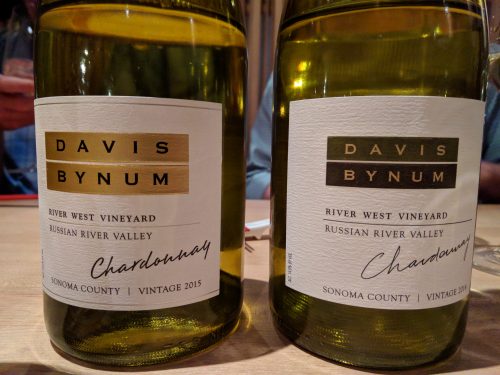 A change of label accompanied this vintage, along with a change in the oak regimen (less was used, as you’d probably already guessed mid-sentence). The result is a zesty Chardonnay that showcases lemon, blossom, and flint action along with its peaches-and-cream profile. “I like where this is at now,” Morthole mentioned, and I am inclined to agree with him.

Broad, toasty, tropical, and dead-sexy, this is alive and kicking. Ripe peaches, cream, crème brûlée… you know you’re in California, for sure, and in this case there’s balance along with the opulence and you don’t mind it even one little bit. 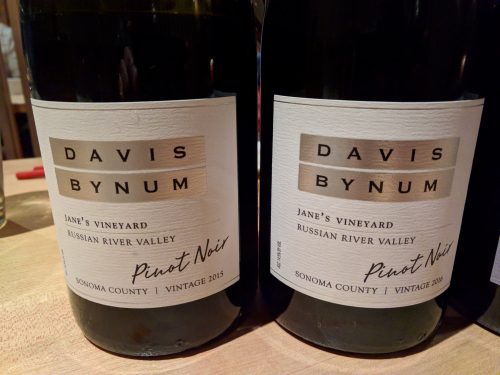 A vintage built for some aging, this Santa Rosa plain vineyard Pinot hails from low-vigor soils, and in the `16 incarnation has a tight, earthy, spicy, and dark-fruited profile. It’s big, it’s structured, but it’s also floral, with lovely herbal overtones and great balance between its riper and tarter berry and plum fruit flavors. And yeah, it worked with raw tuna (like, big-time).

This is a richer, toastier vintage of the Jane’s, with ample spice and black tea leaf aromas. There are sexy black fruits, lithe red fruits, and lots of berry fruits in general. The finish is what really works well here; it’s long, toasty, and not taking No for an answer.

This is the kind of wine that should dispel doubts about whether or not the Bynum wine legacy is in good hands. Aromas of wood, tea, and pepper spices mingle with big, juicy, red and black berry fruits. As long and toasty of a finish as we’ve come to expect, and basically just kick ass the entire time during the drinking experience. 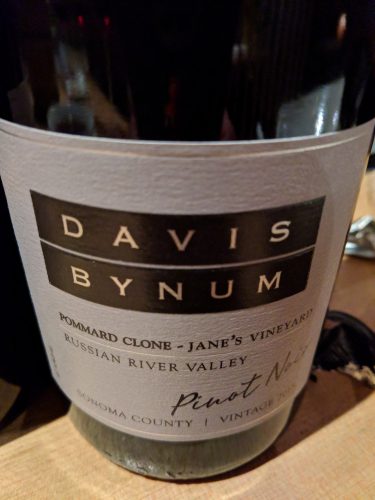 A new venture for the Davis Bynum label (hey, you heard it here first, kiddos!), from Huichica soils that, along with the clone and rootstock choices, provide some water stress to the Pinot vines from whence this wine came. It’s big, earthy, toasty, spicy, and dark; bring your penchant for black tea, citrus peel, and plummy fruits. Underneath it all, there’s tannic and acidic structure that provides both scaffolding and liveliness. 17% new oak, 14.49% abv, and basically 99% Kick-Ass.