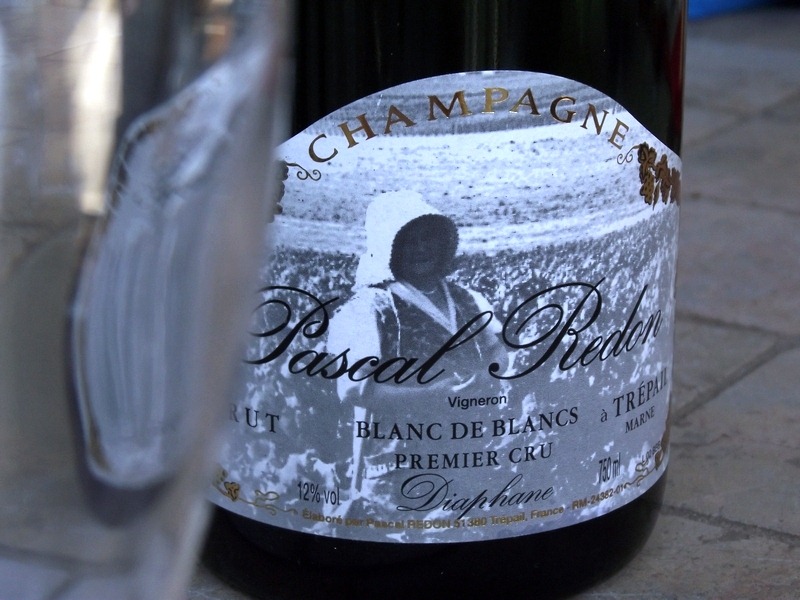 Natalie (the one chasing her dream job), has a French mother, and friends who make Champagne at a cooperative in Epernay, so I was for sure going to raid the French bubbly section of the sample pool. She’s also a fan of good California Petite Sirah, so some of that from the sample pool was in order, too, but off-the-beaten-path type of in order (sorry, Napa).

So… here’s what we drank to celebrate. Though part of me (the superficial part, which still has a lot more grip on my personality than I’d care to admit) is just so freakin’… bummed out about losing our neighbors, the more matured part of me is just so damn thankful to have had the time with them in the first place, and realizes that we’re only really losing something that doesn’t matter in the grand scheme of our relationship, which is convenient proximity to these awesome people.

Okay… enough of the sappy stuff, on to the drinking!

There are plenty of everyday bubbly options out there to help turn ordinary events into mini-celebrations (single guys, here’s a HUGE tip for you: always, always, ALWAYS have two things ready to roll in your bachelor pad: a pair of flip-flops in case your high-heeled guest end up staying the night, and a bottle of inexpensive bubbles chilled in the fridge). There are far fewer bubblies that can match up to life-changing events. Grower Champagne can be pretty special in that regard, especially since a lot of it, made in achingly small quantities, can be so damn, achingly good. Such is the case with this wine, which is available via Fat Cork, a small Seattle business run by husband-and-wife team Bryan and Abigail Maletis. The only thing they do is import grower Champagne, and if this selection is any indication then they are doing a damn good job of it. The Redon Cuvee Diaphane Blanc de Blancs is made, fittingly enough, by another husband-and-wife team, Pascal and Pascale (really? does it have to be that cute?) Redon, from five hectares of vineyards in Trépail (near the Reims Mountain). All Chardonnay, and all good – it’s toasty to start and then BOOM!, apples, apples, apples, like five different kinds of apples, and then mushrooms and earthiness, but with great minerality, like you’re hiking through the woods and crossing a rocky stream on a sunny day, but there’s so much elegance and balance between effervescence and substance that it’s also kind of like running into Audrey Hepburn in the middle of your hike.

“El Jefe” Jeff Stai is probably equally known for his humorous winery blog as he is for his wines, though the blog seems to have taken a back seat to the winemaking recently. Self-described as “merely huge!” this is a wine that delivers a lot of aromatic complexity and food-friendliness for a PS, with dark fruit and even some tar making an appearance. The highlights, though, are the coffee aromas and how well-integrated they are – another crowd-pleasing effort from a team that seems to have the ability to make very, very enjoyable, crowd-pleasing vino firmly entrenched in its DNA.