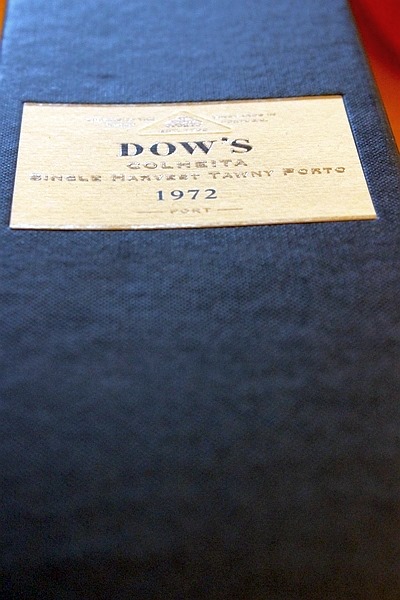 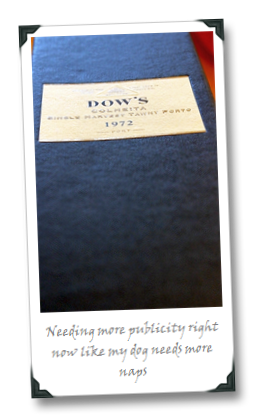 Quick, get ready to freak out; I am about to talk about a wine that was not a sample, but for which I paid using my very own hard-earned cash! The atom might destabilize!!

It’s true. About the wine being purchased, I mean, not about the atom (I think).

The short version of the story is that at 1WD HQ, I tend to do a pre-Thanksgiving Thanksgiving meal, in which we indulge in home cooking, and focus on healthier versions of the Turkey Day classics, paired up with lots of wines from the sample pool.

Only this time, I found myself in desperate need of more than the usual pick-me-up, and decided to break into a bottle that I’d picked up on my lonesome, and have been not-so-patiently waiting for an excuse to crack open and enjoy.

As you will see from the inset pic and details below, much of what we drank – including that self-procured vino – are slightly different takes on wine world staples… 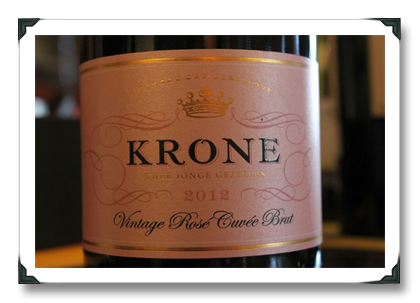 This would qualify as a “mood-setter.” Produced from grapes grown at the Twee Jonge Gezellen Estate on Saron Peak, this bubbly is 60%/40% Pinot Noir/Chardonnay, produced via Méthode Cap Classique. It’s not going to blow your pilgrim hat or bonnet off, but it sure gets things off to a amicable start. Bright raspberries, pith, and a sense of excitement, all for a checking-account-enhancing price. The twist (for me, anyway) is that the meal-starter wasn’t Champers, or other French sparklers, but South African bubbly. 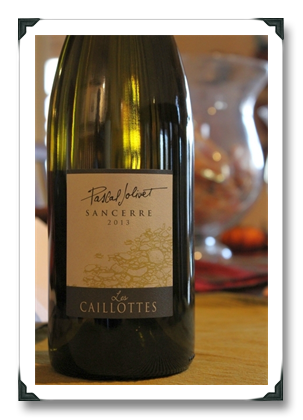 What intrigued the most about the Les Caillottes is how un-Sancerre-like its aromas are (there’s the twist on this second course vino). This juice is practically exploding with tropical fruits, grapefruit rind, and only a hint of the minerality that usually makes Sancerre, well, Sancerre. Having said that, what it lacks somewhat in regional typicity it more than compensates for in its acidic bite (which will make quick work of cutting through any of the fat on the Turkey Day dinnier table), and its pure, focused depth of citrus fruit (courtesy, I am quessing, of the estate’s forty-year-old vines in Bue-en-Sancerre). 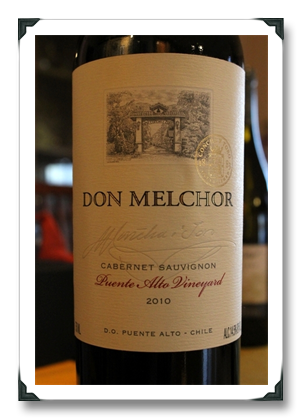 Ah, the pride and joy of the Concha y Toro line. This Cab (with a smattering of Cab Franc) is much too young to be imbibed now, but that didn’t stop me from trying it with roasted bird. Cassis, cocoa, dark cherries, bell pepper, green and dried herbs, graphite, and plummy fruit all hit you up at once, followed by baking and oak spices. Everything is going full-bore on this at the moment, swirling in huge aromatic circles that sometimes enhance, and at other times collide with one another. Things are dense, sweet, and silky on the palate, but not without grip (and certainly not without a good amount of length during which you can contemplate the finish). Basically, this wine needs six or more years, I am guessing, to come around. For now, it’s doing it’s best impression of an artistic genius in his awkward teenage years. The twist, if there is one, is that Chilean wine is almost never this pricey (but in this case, probably worth it). 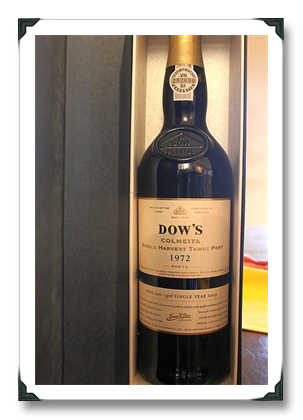 The only wine of the lineup that was not from the sample pool (I purchased this one while shopping for wine in Lisbon with Portuguese wine media guru Andre Ribeirinho). The twists are many, but primarily involve a single-harvest version of the normally blended Tawny, that harvest happening to be my birth year, and that year happening to be a terrible one for most of Europe when it comes to fine wine. But this… this was excellent, and utterly unlike anything I’ve experienced in Tawny Port before; both intriguingly mysterious and also comfortingly familiar. Imagine a fantastic 40-year old Tawny – nuts, toasted caramel, toffee, dried fruits all over the place, spices – but in the mouth a surprising freshness, an element that lifts the whole thing up several notches in the geeky awesomeness quotient. Yes, I realize that Dow’s needs no extra publicity this year, given the whole Wine Spectator top 100 thing, but when the shizz is for realz, the shizz is for realz. Just don’t serve store-bought pie with this, you need to pay some respect the kick-ass-ness, and go high-end (preferably from scratch)!