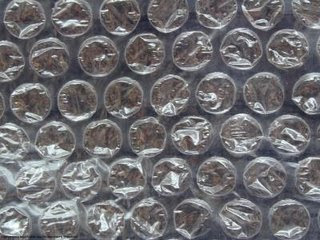 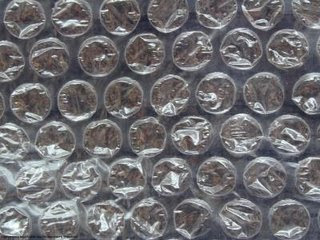 Greetings from PA, where we are digging out after a bout of winter weather; not the worst we’ve seen by a long shot, but the first significant winter storm we’ve seen all season – very, very late for these parts. I’m not going to jump the gun and blame global warming just yet… but… you gotta wonder…

Speaking of Global Warming
Wine Spectator reported this week on “The Gore-ical” giving the wine industry props for its efforts to Go Green, thus helping to preserve the environment and stave off some of our contribution to turning the Earth into a hothouse. I recently gave props to Domaine547 for going green, so we’ve got some good examples where this is impacting the thinking all the way through the wine retail chain. But so far, no one has called me the Dude-ical.

I got my first real in-yo-face close up with global warming in Samburu, Kenya a few years ago. One afternoon while staying at the Elephant Watch Camp, we hiked up the river. Literally, up the river – as in, walking up the middle of the river. This was very easy because there was no water from the higher elevations to actually fill the river bed, because the ‘short rains’ never came. The locals explained to me how this was possibly linked to global warming, and as I watched the animals dig like mad to get themselves a drink, I decided that I wanted to punch anyone that told me that global warming was bullsh*t in the face. Not that Dude is an angry person…

Don’t Get Mad, Get Quoted
While we’re doling out props, let’s give some down-home Dude praise to Tom Wark, who was quoted (yet again!) by Business Wire this week in his fight against the monopolist practices in wine distribution. Anyone who thinks that the wine distributors’ claim that they are maintaining their monopoly to keep alcohol out of the mouths of minors is anything more than a greedy witch hunt needs to check out Tom’s blog.

“The American alcohol distributors’ calls for shutting down all direct to consumer wine shipments is a self-serving ruse demonstrated by the fact that if they really cared about minor access to wine, they would call for the shutting down of the channel of sales through which minors are most likely to obtain alcohol: brick and mortar alcohol sales. Rather, we only hear calls to shut down direct shipment of wine, the channel through which distributors don’t make money.“

(Even More) Power to the People!
Decanter reported that two self-published works picked up U.K. Andre Simon book prizes. That gives some very serious street cred to the self publishing phenomenon (and maybe even to the Wine 2.0 movement). Oh, yeah – the books were also from U.S. authors (whew-hew!).

She’s So… Heeeeeavy….
Speaking of Decanter, and the U.K., the likes of Jancis Robinson and Oz Clarke railed out against a trend from luxury winemakers to bottle wines in what they (Jancis & Oz, not the winemakers) claim are needlessly heavy bottles. Score another hit for the movement against climate change, since heavier bottles = more energy to ship + higher shipping costs (passed on to you and me who are buying the stuff). 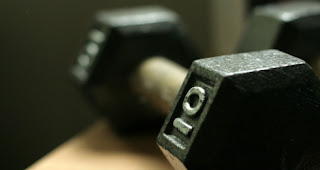 Those of us who brave the epicurean world to bring you our take on food & wine will undoubtedly want to check out this article from the Times online, which details how critics, chefs, and others in the food industry fight the after-effects of their foodie passions. Considering that wine doesn’t have fat, but does have calories (mostly from its alcohol content), us wine bloggers & wine drinkers should take note. The good news is, we’re not alone! Now, go get on that treadmill.

Ancient Land, New Wines
The Wall Street Journal posted a fascinating piece this week on the quality revolution underway in Israel’s wine industry. Dude had an opportunity to taste some Israeli wine not too long ago during a visit in London, and he was mighty impressed. Watch this space, we could be seeing some exciting stuff as this very old world land makes some new-world styled wines.

A Moment of Silence
This past week we mourned the loss of Jamie Davis, co-founder of Schramsberg Vineyards. Jamie Davis was a pioneer, a bit like the Robert Mondavi of American sparkling wine.

That’s all for now. Until next week’s edition – cheers!