Has the case for excellent Walla Walla Syrah been definitively demonstrated?  Q.E.D.? 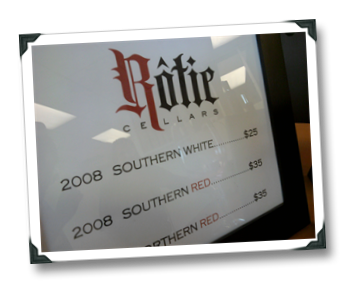 I’m not going to go quite that far.  But I will say that they might be pretty damn close, especially in those cases where the balance beats out the brawn in their Syrah bottlings.

Two wine producers that I encountered recently in Walla Walla (while there for the 2010 Wine Bloggers Conference) in particular made good cases (ha-ha!) for Walla Walla Syrah being the wave of the future; one which officially took part in the WBC activities, and one that didn’t (in fact, their winemaker skipped town during the event).

The first of these was Rasa Vineyards, led by the Naravane brothers who have engineering backgrounds, and are fascinating folks to talk to, provided you can follow their scientific leanings.  They were part of a panel about WA wine at Three Rivers Winery (part of the WBC events), and certainly talked up the potential of Walla Walla Syrah when I asked the panel what they thought the future held given that Walla Walla is still a relatively young wine producing region. 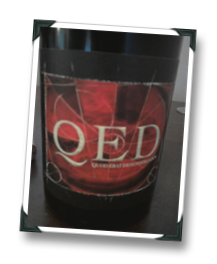 The proof, fortunately, was in the juice, and their appropriately-titled 2007 QED wine, sourced from Walla Walla and Yakima fruit, is powerful, expressive, but balanced; it’s also expensive at $50 – but overall a decent value when compared to more expensive but not-quite-as-solid Syrah-based wines being made elsewhere on the Left Coast.

The second was pretty much the entire portfolio of wines from Rotie Cellars, who were kind enough to host a handful of us bloggers in their downtown Walla Walla tasting room while lunch activities took place during day one of the WBC.  Winemaker Sean Boyd is certainly playing with fire with their wine names (“VdP” for example), which I am sure the French would be none-too-happy about, but he has some Syrah-based wines with significant promise; they might have been some of the most deftly balanced WA reds that I’ve ever tasted.

But with all of this focus on the future going on, the WA wine scene, I quickly learned, would do well not to forget its past… 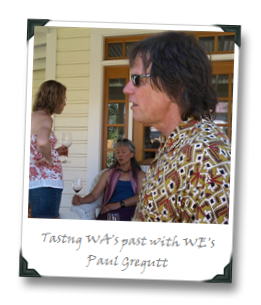 That lesson in future-past was imparted to me during a post-WBC visit to the home of Wine Enthusiast’s Paul Gregutt, who graciously and generously poured library selections from WA wine’s past for a few bloggers lucky enough to stop by (including the Wine Peeps clan, as well as local Josh Wade and not-so-local Ben Simons).  On the whole, selections from the 1990s had significantly higher percentages of Cabernet Sauvignon and significantly less alcohol than their 2000-era equivalents.

A shining example was the Bordeaux-like (think walnut aromas) Seven Hills 1998 Walla Walla Cabernet, which I continued to come back to over the course of our short visit with Paul, impressed with its depth if dark fruit and pleasing acidity.  Why does Cabernet – especially low-alcohol Cab – seem to be getting shorter and shorter shrift out here? I found myself wondering.  Here was a wine, in the Seven Hills that drank like a cross between Napa and Saint-Julien, was holding up extremely well, and drinking in a beautifully food-friendly way.  If I was going to make wine out here, I’d sure as hell would be happy if it tasted like this, I thought.

Some in Walla Walla are certainly not shying away from Cabernet-based wines, and are shooting for balance, even if their soil and weather rules moderate alcohol levels out of the equation.  Which is where Buty Winery comes in.

Caleb & Nina Buty Foster have established a small winemaking outfit with an intimate connection to the land in Walla Walla, bringing nearly two decades of experience to bear on the relatively-new venture.  Vines at Buty’s vineyards are planted on an angle to reduce sunburning the vines and fruit, and to help minimize the radiant heat from the large, dark stones that define their vineyard location. Deep, dark wines with personality and good balance are the result, with the alcoholic heat mitigated by good acid structure (a lot like the shade in those vines helps to mitigate the impact of that WA sun).  And most of their reds are Cab-dominant.  I’m hoping that I get a chance to taste some of those wines a few years from now to see if they will uphold the best of the high standards of WA wine ageability set for me by those that I tasted from the 90s. 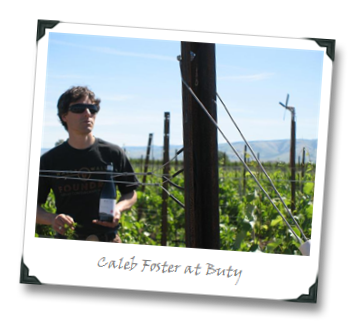 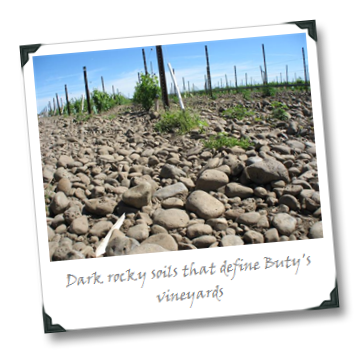 17 thoughts on “Walla Walla Syrah QED? and “Days of WA Future Past””