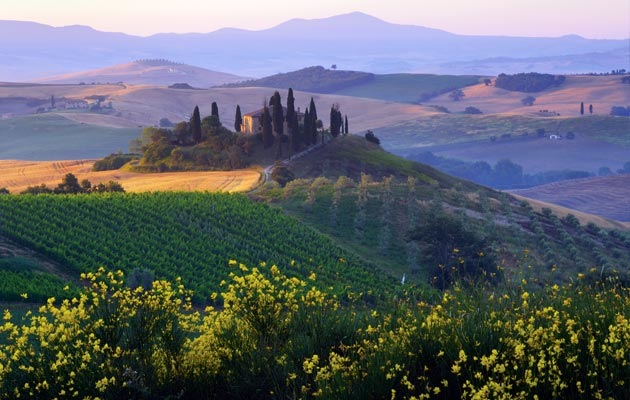 I’m about to do something that I haven’t really done in about ten years.

No, not drink a bunch of crappy, low-end Pinot Grigio. C’mon, I’m not insane here. 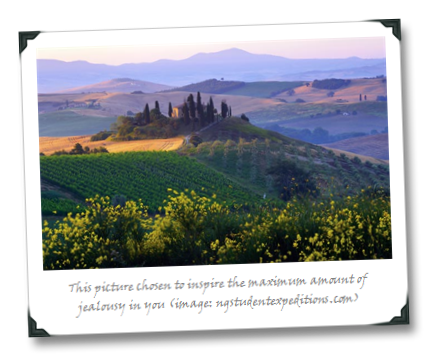 No, I’m talking about taking a vacation.  As in, a real vacation and not one in which I actually end up visiting something like 75 wine producers over five days.

Having said that, we’re not even taking laptop computers with us this time.  The last time I did something like this, I ended up in some pretty remote parts of Kenya (you can read about some of that jaunt here and here).  I even renewed the passport (yet again!), just to avoid the hassles I’ve encountered lately at passport control when coming back into the U.S. (apparently, Russian and South African visas, combined with stamps from Belgium, South America, and various parts of Eastern Europe, along with about one million visits to Heathrow airport arouses suspicion on the part of Immigration officials these days… I mean, c’mon, don’t I look trustworthy?!??).

Ironically, I chose a wine-country destination but the trip has nothing to do with wine whatsoever, wine press junkets, or the like – I just haven’t been there and have always wanted to go, and I want to be the annoying tourist on this trip, and not a wine pro.  I.e., I’ll be drinking mostly, rather than tasting and critiquing, and trying to give my life the Under The Tuscan Sun treatment, only for real and not in some over-Disneyfied way of making everything Tuscan by presenting it on earthen, sepia-toned colors and serving fresh-baked bread with it.

All of which is a long way of saying that 1WD articles will probably be infrequent (or is that frequently sporadic?) over the next several days.  Actually, what it means is that comment response by me will be infrequent over the next several days, and then articles might be a bit infrequent as I catch up on things.  But fear not, because your financial investment for 1WD content ($0.00) has already been automatically refunded into your checking account! You should stick around this week, though, because there’s an EPICLY wicked video interview posting here tomorrow that will melt your face with the guest‘s awesomeness.

10 thoughts on “Vacation? What Vacation?!?? (Nine Days Under The Tuscan Sun)”