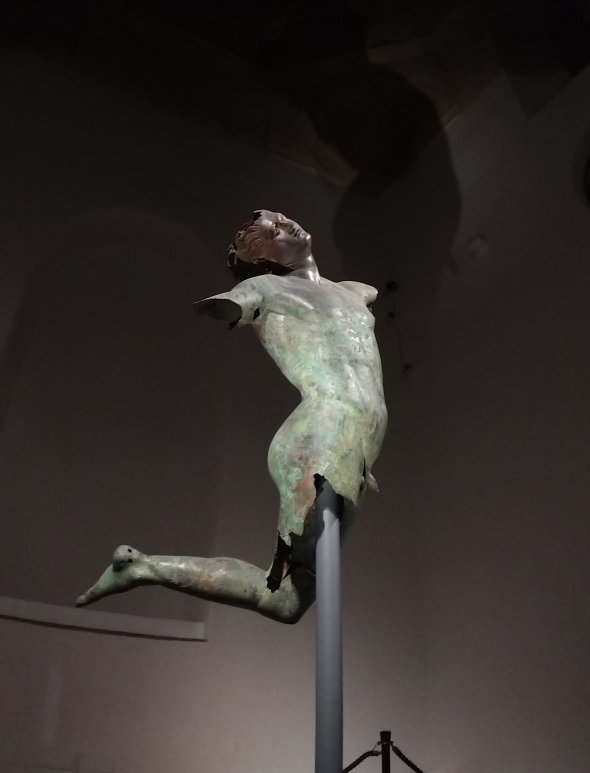 Grillo, arguably Sicily’s most approachable wine grape, is a bit of a minor religon at Gorghi Tondi. Headed up (the winery, not the religion) by fourth generation vintner sisters Clara and Annamaria Sala, this lovely spot in Mazara del Vallo sits in a protected region (the result of its three lakes being home to Emys trinacris, an endangered species of turtle endemic to the island). As such, its 1970s-era Grillo plantings are “stuck” in a quantity-over-quality, pergola-like tendone trellising system, making production of premium Grillo grapes a labor of love (with emphasis on the labor portion), picking based on acidity levels to maximize the grape’s minerality potential.

While the “Kheire” name translates to “Welcome,” the older vines do imbue this Grillo with plenty of seriousness: a perfumed nose of white flowers and saline; a lovely, piquant, and refined citrus-peel-like palate; a solid, nutty, fruity finish. But you can’t take the friendly out of Grillo, and so this white also sports abundant floral notes, and… yeah… welcoming flavors of peach, lemon zest, and exotic fruits.

Renato De Bartoli left his family business to work on the winemaking at Baglio di Pianetto, a ruggedly beautiful 90-ish acres of rolling hills and high-ish elevation (650 meters) vine plantings. The history of the place involves a literal and figurative marriage between Italy and France: the Count Paolo Marzotto (who’s Italian) and his wife, (who’s French), with the idea of combining French Chateau styling to Sicily’s native grape varieties.

This reserve Nero d’Avola red (from 30-year old vines in arborella training) is a good representation of what Baglio di Pianetto is aiming for in its stylistic approach. Named after a tambourine (of which the sound of the winds whipping through the vines is reminiscent), this is surprisingly sophisticated take on Nero. Mineral, with dried herbs and tobacco leaf aromas, a panoply of red and black plummy fruit flavors, and layers of mint and cigar notes, it’s really hard not to like what this is offering. Juicy, powerful, gritty, structured and vivacious, there’s still some very nice potential here. But it would be fairly difficult to exhibit any more patience on something that’s this tasty now.