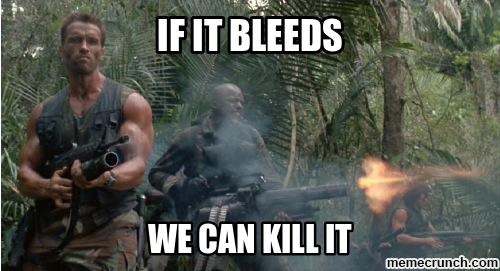 Lithe, balanced, light, and polite wines are de rigueur in the wine world at the moment.

Now, I love those wines, but my tastes are quite catholic, and so I dig (well-made, authentic) wines of all stripes (okay, excepting possibly Retsina). And once in a while, after sampling lots of lithe, balanced, light, and polite wines, I want something that is brazenly, almost stupidly, nearly obnoxiously in the other direction.

Enter two 2008 Italian wines from the sample pool, to the rescue! 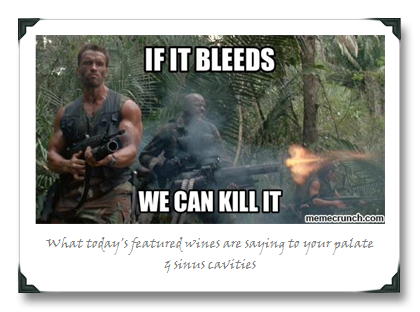 The I-don’t-give-a-flying-crap-whether-or-not-you-like-me territory is usually reserved for fortified wines, occasionally you run into non-fortified versions in the vinous world, of which I am about to give you two examples. If the two wines featured here today had a theme, it would be “If it (meaning your palate) bleeds, we can kill it” (insert Ahhhhhrnaaaaaaald accent here).

I do NOT mean that in a bad way, as in they are palate-killers. I mean only that they unabashedly engage on an onslaught on your senses, and they make no ones about doing so.

Basically, these wines are kind of like Dutch and Dillon facing off (and flexing) in Predator. They don’t need to add the “[comma] f*ck-face” to the end of their sentences, because it’s implied by their baddass-ness. But since they don’t give a flying f*ck, they probably won’t say anything to you, anyway. The conversation between some (probably most) of you out there and these wines would look a little like this:

You: Hmmm… I’m not so sure I like these styles…

You: Aren’t you guys gonna say anything?

The final warning, I suppose, is that if you’re not a fan of wines that come on strong, and make a full-on assault of either your sinus cavities, palate, or both, and make exactly zero apologies for it, it’s best if you just turn back now… 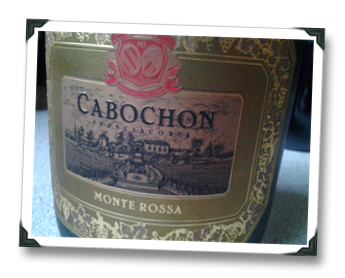 It will no doubt sound odd to include a sparkling wine in this list, since most of those (especially at this kind of price point) aim for elegance instead of bombast. And it’s not that the Monte Rossa Cabochon isn’t elegant; its creamy mouthfeel is effervescent enough to qualify as such. It’s just that this wine has a total take-no-prisoners, kill-the-bad-guy-and-then-spout-out-a-witty-one-liner nose. Imagine having high end brioche and baked apples almost shoved up your nose and you’ll get close. Having said that, I loved that this 70% Chardonnay and 30% “Black Pinot,” crated from the Pratone, Barek, Brolo, Palo, and Nespoli Franciacorta crus asks and offers no quarter. Interestingly, the tech details include a tidbit that this wine “imposed itself among the most important labels” of Monte Rossa; and “imposed” is definitely the right word here, as are “imposing,” “dominating,” and “delicious.” 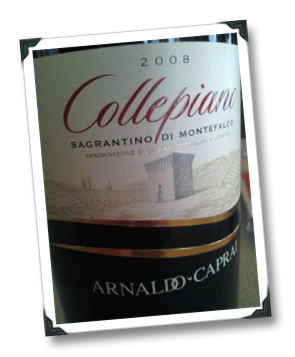 Now this 2008 Italian makes more sense in terms of placing it in the burly category. No holes barred, baby; nearly a month of extended maceration and extraction, and almost as much time in French oak, and the result is a powerful, edgy, masculine bottle of Sagrantino. In the glass, it’s nearly as dark as all of the leather, plums, and black licorice that the nose eventually (and stubbornly) gives off. At first pour, this wine is all earthy and tight, and without decanting you will likely think you got swindled on your 60 bones. But fear not, an hour or two in the air (or six or seven years of repose in bottle) will start to elicit spices, plums, prunes, vanilla, leather, leather, and some more leather. The palate has energy, thanks to tart red plum fruit that underscores the darker stuff on top, and grippy, edgy, dusty tannins. You will want roast with this; don’t dream of bringing any wimpy food, it’d be like taking a knife to a gun fight.

2 thoughts on “If Your Palate Bleeds, These 2008 Italian Wines Can Kill It”