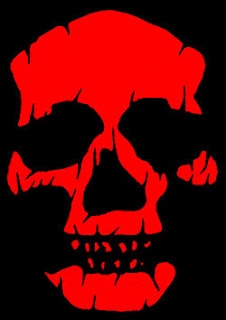 Sit back, relax, and prepare for the unfolding of a twisted, Twisted Tale…

It was a dark and stormy night.

Actually, no, it wasn’t – it was one of those brilliant summer evenings when breeze is just strong and cool enough that it feels like a waft of heaven when you open up all the windows in the house. But that sounds a really lame start to a twisted tale… ah, forget it…

Anyway, I was recently contacted by Jeff Stai, head honcho of Twisted Oak winery in Calaveras County, CA, to see if I’d be interested in sampling their new limited-availability red, River of Skulls.

Sounds ominous, doesn’t it? River of Skulls. Especially when it’s in italics.

Jeff is an eminently likable and very funny fellow, with a fondness for blogging and rubber chickens (you can follow Jeff at twitter to see what I mean). So, I was game to check out his wine.

Jeff did insist on one hideously vile and twisted condition, though: In exchange for receiving his new wine, I must henceforth from this day onward follow Satan!!!…

Now, at first I thought this would be difficult, seeing as how I don’t actually believe in Satan and all. But then I found this guy over at twitter, clicked the “Follow” button and – viola! – problem solved!

Actually, that’s not what happened. Jeff sent the wine with no strings attached. I know, kinda lame, right?

Anyway, the wine’s namesake is a bit twisted. From the bottle:

In 1805, Lieutenant Gabriel Moraga was ordered by the Spanish Governor of California to explore the Great Central Valley. displace the local Natives, and re-name everything he found. Well, one day Gabe and his horsemen came across a river the banks of which were littered with skulls. No one knows for sure how the skulls came to be on the banks of this river. Perhaps they were the remains of an ancient battle, or a terrible plague. Or perhaps it was a really great party that suddenly went horribly wrong.Whatever the case old Gabe, being a true master of the obvious, named this river “El Rio De Las Calaveras” or in English, “The River of Skulls.”

Now, before we get into the River of Skulls (dum-DUM!) bottle, I need to give you some twisted background on the primary varietal in this sucker…

River of Skulls is 90% Mourvedre, a grape of Spanish origin (where it’s called monastrell or mataro, depending upon location), where it’s widely planted. It’s also found in Provence, the Southern Rhone, and with limited (spotty) success in California. Mourvedre ripens slowly, and it likes heat & wind (which help it against rotting). Its wines are not shy and tend to be used for blending because of their tannic, alcoholic spiciness. 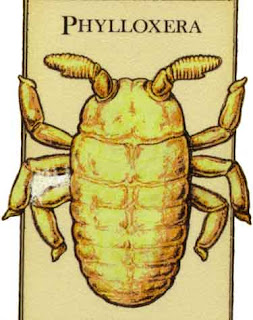 Interestingly, Mourvedre is a true survivor. It was practically wiped out by the phylloxera epidemic in the late 1800s, and it wasn’t until after World War II that suitable rootstock was found on which Mourvedre could thrive without succumbing to the nasty little aphid.

Speaking of twisted tales, if you have time check out the life cycle of phylloxera – any species that produces a male with no mouth or digestive system is just, well, totally twisted!

Anyway, back to the wine: Twisted Oak provides a great deal of information about River of SKULLS (dum-DUM!) in the wine’s production notes (worth checking out if you’re feeling particuarly geeky). Interestingly (lots of interesting things going on in this twisted tale…), about 1/4 of the grapes were fermented uncrushed, in order to bring out more cherry fruit characteristics in the finished wine.

It worked. Here’s what I found – dried cherries galore, vanilla oakiness, and tobacco leaf spiciness. The palate was full of even more smokiness and spice – and booze. Nothing shy about the booze in this sucker, but I’m Ok with that because I expect it from this grape. It’s when I get 14.9% white wines and Bordeaux style red blends from CA that I start to get all, well, twisted inside. On the second day of tasting, I got more raspberry and blueberry than on Day 1 – still going strong. 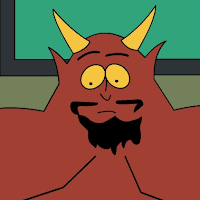 River of Skulls is a wine that’s worth the $28 price tag, especially if you’ve got some smoked or peppered meat to serve with it. Boo-yeah!

Well, there you have it. A wine tale that was quite twisted, though not in the ways we might have originally expected. For more twistedness, check out Twisted Oak winery’s blog.

And be on the look out for Jeff, and for that Satan character…