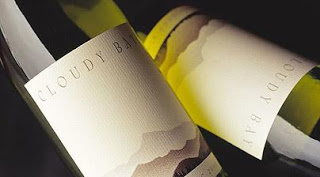 In this exciting edition of Tales of the Purple Monkey, Plumboo (that’s the monkey) and I brave the wilds of Africa, don’t actually taste any wine, and then urge you not to buy a wine that I will recommend. Sort of. Then we end with an exciting announcement that I promise will be wine-related!

Plumboo and I are once again taking part in the ongoing super-cool blog carnival Wine Blogging Wednesday, this month (its 50th!) hosted by Russ Beebe over at his fine Winehiker Witiculture blog.

Russ’ theme for WBW’s 50th is a novel one: in summary, a favorite hike and a favorite wine to sip after that hike.

The Wine
I’m going to start with the wine, just because I’m incorrigible. I don’t know about you, but I really dig vigorous hikes and am fond of taking the dog out on said hikes with us, in order to have him tire out and later suitably calm down to the energy level of a normal canine. 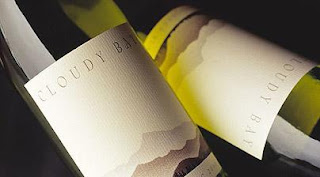 The great thing about NZ SB is the balance. Mouth-watering Acidity? Check. Tasty Citrus fruit? Check. Pleasing Grassy aromas & complex minerality? Check, and check. In fact, my mouth is watering just thinking about NZ SB. If Plumboo had a mouth, his would be watering, too.

A kickin’ example of the awesomeness that NZ SB has to offer is Cloudy Bay. It’s not difficult to find, and is reasonably priced if you get the latest vintage early enough. Cloudy Bay hails from the Wairau Valley in Marlborough (in the north of NZ’s South Island), where the grapes get the most sunshine of any area in NZ – and it shows in the hint of exotic fruits that you get from a typical Cloudy Bay.

Now, what Plumboo and I kindly request that you do is to set aside enough cash for 2 bottle of Cloudy Bay, and then only buy one bottle. Which will make sense after we tell you about the hiking portion of this WBW.

The coolest hike I’ve ever taken was in Kenya, Africa, just outside the Maasai Mara. This hike took me from Alex Walker’s Serian Tented Camp through the arid bush, to a local school.

Our hike was brilliant and largely without incident, unless you count a fellow Serian guest from the U.K. and I running around with spears and “dispatching” a few large termite mounds during our trek. We did run into a not-so-happy male giraffe who wasn’t sure if he wanted anything to do with us or not – which doesn’t sound threatening until you realize that a) an adult giraffe could kill you instantly with one kick (though your grave would be in multiple locations, because whatever body part its leg touches first would undoubtedly be disconnected ungraciously from the rest of your body), and b) your puny spear is more of a walking stick than an actual means of protection against an animal roughly 5 times your size. And yes, you do think about those things when you encounter a giraffe in the wild… 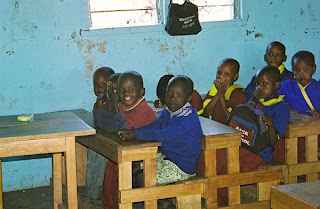 Anyway, what really blew us away on this hike was the school. Or, more specifically, the children at the school. The conditions that these children and their teachers deal with on a daily basis is shocking, which makes their dedication to learning and teaching all the more impressive. If you’re a parent, you’d probably have a hard time contemplating sending your child on a hike that might take hours through countryside that contains dangerous animals to a school room illuminated with one light bulb, where they rely on rainwater collection systems for their fresh water needs.

The children were mostly just happy and grateful to be there. That’s because there are many children nearby in Kenya who can’t go to school at all – they spend their entire day gathering potable water for their home and community, leaving no time to attend school.

Which brings me back to our little request:

Instead of buying two bottles of that Cloudy Bay, please consider buying one bottle, and DONATE the funds of the ‘other bottle’ to help relieve the water crisis in Kenya, and get potable water into Kenyan communities.
You will be ‘turning wine ito water’, in a way, and helping to bring relief to your other human brothers and sisters who are sorely in need. And, you still get to drink one bottle of kick-ass Cloudy Bay.

Just watch out for those pissed-off evil giraffes… 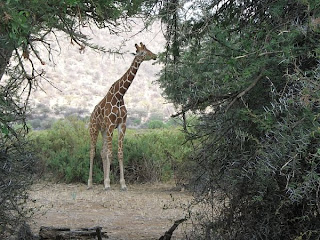 Exciting Wine-Related Announcement
And finally… assuming no giraffe incidents between now and then… the next Wine Blogging Wednesday will be hosted right here on 1WineDude.com! Stay tuned to 1WineDude.com this Friday for the official announcement and WBW #51(WineDude) theme!