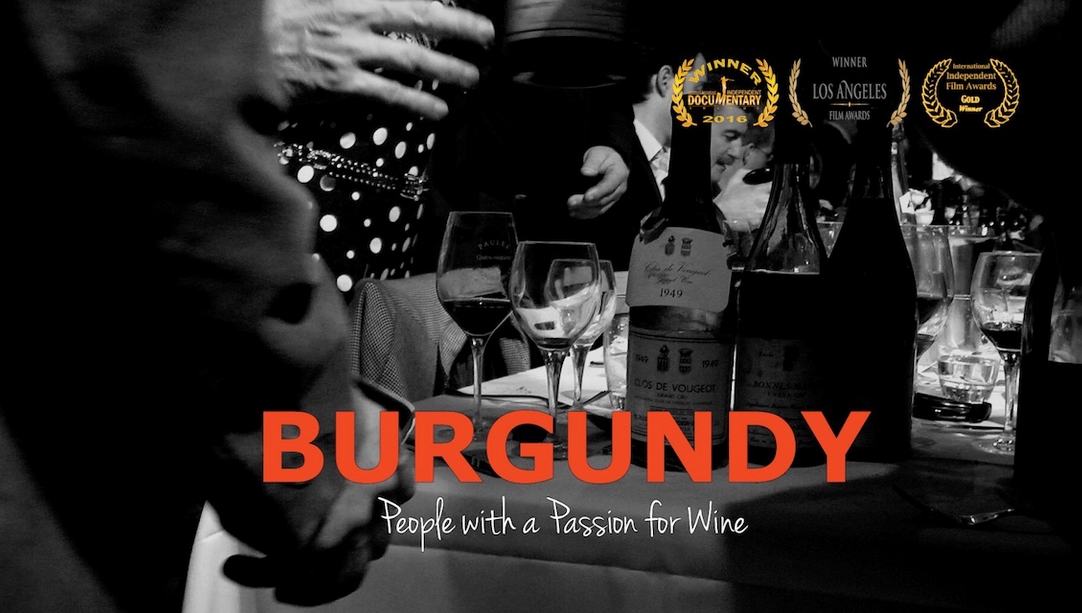 Next week, a new film from former Hollywood television producer/director (and, interestingly, USAF pilot) Rudi Goldman will officially be released, titled Burgundy: People with a Passion for Wine.

Goldman is a rather persistent fellow, and he impressed me by displaying a quality that I sometimes myself brag about possessing; namely, the ability to ultimately convince you that it will be less trouble for you to do what I want (in this case, screen and possibly review his film) than it would be not to do what I want you to do. I actually do mean this as a compliment, by the way.

And so I was able to take an early peek at his film, and decided to offer up some thoughts on his visual tour of what is arguably France’s most famous wine region…

As you’ll no doubt quickly discern by viewing the film’s trailer, Burgundy is beautifully shot. They’ve also done an excellent job in sound and lighting in environments (that I know firsthand from filming in them) are notoriously difficult for both (just try taking a half-decent-looking video in a barrel cellar, if you want a lesson in budding-film-making humiliation).

Burgundy takes a humanist approach to its subjects, which despite the title aren’t really people. The focus is primarily on all of the aspects of crafting wine in the region about which those people are obsessed: cellaring, winemaking, grape growing, farming, geology, along with insights into regional cooperage, truffle hunting, food, the venerable Hospices de Beaune, a local marathon, and the various sets of events involving robes and medals that the Burgundians seem to be unable to get enough of in general. Some of the movie’s best highlights come from the passionate explanations of wine and history given by Olivier Leflaive and Alex Gambal, both of whom provide narrative clarity and convey deep understanding and conviction behind their craft.

Basically, Goldman and crew provide a great sense of “being there” in the film. If you love Burgundy and its wines, but haven’t yet been there, this is like a beautifully rendered cinematic version of the type of tour that wine media peeps like me typically get when we’re on a press junket. So for the interested, the movie is a real treat.

For the rest of the world, Burgundy will likely end up being a slog. There’s no conflict in the film to speak of, and so it becomes the wine movie equivalent of Kristen Stewart – gorgeous, but boring.

Most of you geeks reading this, however, will likely take away something useful from Burgundy, not the least of which would be a rekindled passion for its vinous wares.

Burgundy: People with a Passion for Wine (trailer)