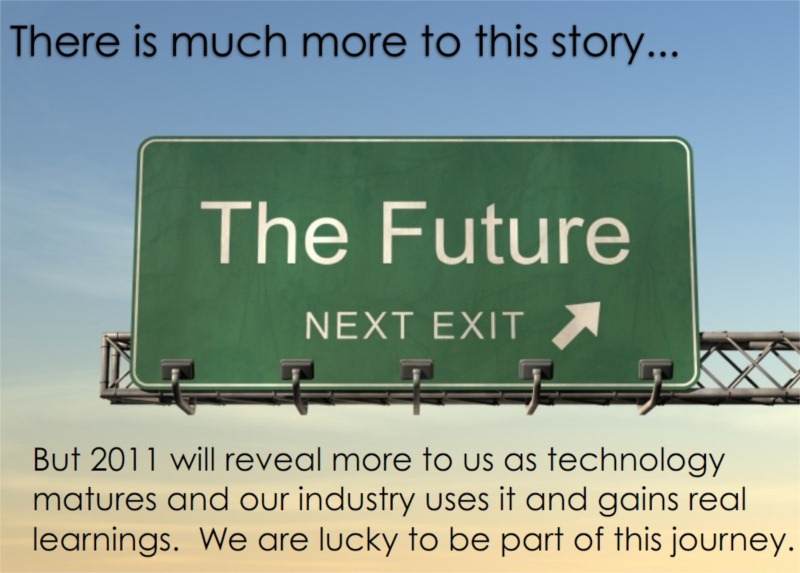 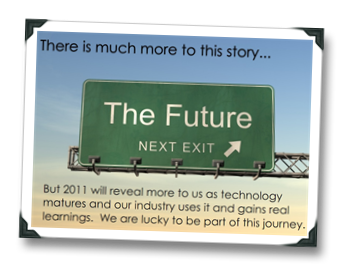 Vintank is a wine and tech industry think tank group based in downtown Napa, full of folks for whom I hold a great deal of respect (so much so that when they asked me to partner with them on trying out the concept of using badges for wine reviews, I jumped at the chance).

As think tanks do, they periodically release reports on the industry, for the most part in Vintank’s case concentrating on the intersections of wine and technology (predominantly on-line and social media tech).  Their latest report, titled To-And-Fro, was recently released and provides synopses of their 2010 work and the major developments in the on-line wine world over the last year.  Most interestingly, however, is that To-And-Fro also makes some bold predictions about what we’ll see in 2011 in the culminations of wine and tech. If you’re interested in the wine biz, it’s well worth a read (and the 150+ slides in this deck go by quickly), and you’ll find it embedded below after the jump.

But I should note that I had a strange, nagging ennui when reading To-And-Fro. It’s not that I think the predictions espoused in the report are incorrect (I agree with nearly all of them), it’s just that I can’t shake the feeling that the report is too optimistic.  If To-And-Fro has a flaw, it’s its pesky optimism: it seems to assume that the wine biz operates rationally and does so at the speed of normal businesses that have an on-line component – neither of which I’ve found to be true…

Vintank predict big jumps in the numbers of wineries embracing social media in 2011, for example, and the more sober part of me wonders if it won’t take (much) longer than the remaining nine months in 2011 before we see 50%+ of U.S. wineries getting their acts together in this area – though I suspect, based on experience, this is a lot more realistic than predicting the same for wineries in Europe.  Vintank are bold, but they’re not insane.

Where I’m most at-odds with the report is in the growth, success and maturation of eCommerce predicted for wineries.  It’s not that I disagree with the vision – I think it’s spot-on, actually – but with anti-competition, antiquated state alcohol laws still hampering the true interstate commerce envisioned in our Constitution, and very likely tons of money greasing palms in Congress to maintain the status quo, are we really likely to see great strides in this area in 2011?

I’m hopeful… but remain skeptical.  Read the report and you’ll understand what I mean.  Or, if not, we can debate it in the comments!

Skeptical or not, if I have one hope for the immediate future of the wine biz, it’s that everyone in it reads To-And-Fro and gets on-board with Vintank’s vision of the future – it might be too ahead of its time, but it’s as positive of a picture to shoot for as any that I’ve seen recently.

To and Fro from VinTank

21 thoughts on “Through A (Wine) Glass, Not-So-Darkly: Vintank’s Predictions For The Future Of Wine And Tech In 20112 min read”