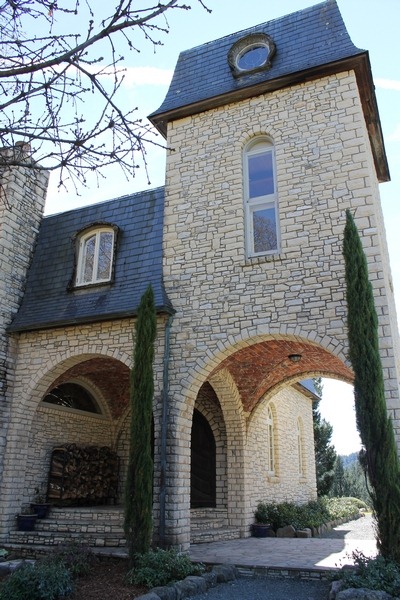 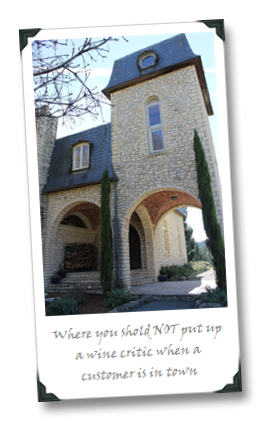 No disrespect meant to Muppets (hey, I own the original Muppet Show DVD series, okay?), but they’re clowns and so in real life and real business, you don’t want to be one.

Some of you out there making wine are acting like Muppets, because you are letting someone else pull the brand strings, leaving opportunity sit unrealized. You’re dropping the ball at the 5 yard line and instead letting folks like me run with it. People like me – wine people who are carving out a space mostly through social media – cannot be explained without acknowledging that engaging people one on one about wine via those channels has at least some power. That argument is akin to flying in a helicopter while telling the other passengers that helicopters can’t fly, watching them all trying to enjoy a gorgeous bird’s eye view of the city. In other words, it just sounds… stupid. After all, I did it, and I did most of it in my spare time (so spare me the argument please about no one having two hours a week to spend talking to their customers on social media or any other channels).

So if we take it as a given that social media is media and does have power, then if you’re late to the social media platform game you now have to “compete” with people like me. But that doesn’t mean that you shouldn’t compete with me on social media even if you’re late to it, because if you don’t then I’m willing to bet that you, as a wine producer, in a few years will hire people like me to come tell you how we did it and help you ‘get there’ yourself. And trust me, if I end up consulting some day I will gladly double-dip those dollars on your Muppet butt all the way to the bank – I’m a good person, but I’m not a “nice guy.”  Just know that I didn’t have to, because if you’re smart about it you will act now and you will not have to pay me… 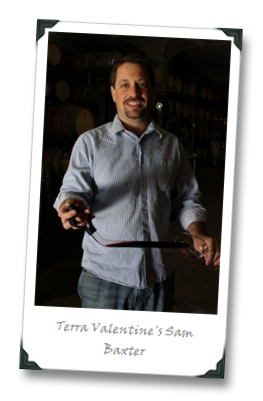 I sometimes get criticized that this social media “tough love” scares wine people. To which I usually reply, “hey you should feel a little bit afraid, actually.”

Why? Because we have an antiquated system in place in this biz in which producers can be distanced from their consumers by an obscene amount of indirection levels – importers, distributors, retailers, critics. And now we have people flocking online to take back some of that one-on-one engagement – with practically every other consumer goods industry players saying that engaging those customers directly and collapsing those levels of indirection will become increasingly important as younger consumers come into those markets expecting brands to interact personally with them.

What are the odds that wine will somehow be a part removed from that trend?

It just takes longer for the wine biz because it’s about seven years behind most other industries and the effects are delayed due to the number of indirection levels.

Producers and critics should be afraid if they want to live primarily within those levels of indirection, because those levels will NOT look the same even five years from now. People will increasingly expect brands, big or small, to pay attention to them individually, because we’re all already sick to death of being treated like cattle by every other service provider or producer of anything out there (take a plane ride lately? enjoy it? would rather have had more personal, human service during it? yeah, that’s what I thought…). We’ve collectively had enough as consumers. We are starting to demand and expect engagement.

So take the engagement power back. Take back your brand message and talk to the people buying your shiz. I know it can be done because I’m doing it, and in a way it’s at your brand’s expense.

3) “Stop yelling at us and give us some examples!”

The next piece of criticism I get is from those asking for successful examples of what I’m talking about. Which I’ve given, but when I follow up with those producers I’ve used as examples, they tell me that they’ve received maybe a handful of questions at best from people I’ve sent their way, even though I know conclusively that many more read and/or watched those suggestions.

So here’s another an example for you, but probably not the one you’re expecting.

On my last jaunt to Napa I needed a place to sleep for one night, so NVV put me up at Terra Valentine on Spring Mountain (these poor people had no idea I was going to write about this, so please go easy on them!). Now, Terra Valentine has a friggin’ castle up on Spring Mountain. It’s practically – no, actually – a luxury villa up there, complete with spiral staircase, amazing view of the Valley and a three-chambered stove/smoker for what would, I imagine, make the ultimate cookout experience.

That’s NOT where I stayed.

I stayed in their little studio apartment, a sort of partitioned one-room building next to the vineyard manager’s house. Comfy, clean and totally fine, but small and definitely NOT a friggin’ luxury castle (it was described to me, quite accurately, as “a crash pad”). And yes, I know that there will be people flaming me for even staying at a winery, but I don’t care because it’s 100% within my published code of ethics (no conditions attached) – and, more importantly, it happens to be central to the point I’m about to make. 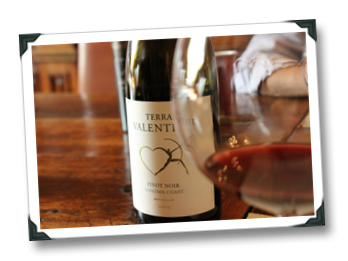 Terra Valentine’s soft-spoken (and talented) winemaker Sam Baxter drove me around the property and apologized that I couldn’t sleep in the little castle. Why? Because they had a customer staying there.

To which my response was: “You guys totally get customer engagement.” Because personally, I sure as sh*t wouldn’t put a critic up (present company included!) in my castle if I had a big customer in town – and I honestly don’t care who that critic happens to be. When I asked Sam who did their PR, his response was “our customers are our best source of promotion, really.” That about sums it up (but won’t prevent me from writing another 500 words…).

Now, the Terra Valentine twitter account is not the best shining example of online customer engagement, but they fundamentally get something more important than that; they get that the customer should be engaged directly, and they get that such engagement shouldn’t be left for someone else to do for them. Ultimately that will translate to loyalty from those customers. Savvy on twitter and facebook and whatever-else will follow eventually; the critical thing to understand is that if you’re not going to talk and cater to your customers, you’re gonna be dead eventually, no matter how many levels stand between the you and those people.

Totally true, and they speak to audiences that still buy the most wine, in fact. They’re probably  more important than you realize. You shouldn’t ever totally ignore them.  But the influence of ivory-tower-style wine reviews is on the wane (quite self-admittedly, I’ll add), and their  reviews are increasingly out of touch with the average cool kid just trying to find a decent fine wine at a decent price.

Why is this important? It’s important because that waning will increase as a younger generation moves into the roles of importers, distributors and retailers currently held by Boomers, because the younger generations consume information very differently, preferring social recommendations for example.

“Most [retailers] said that the majority of their customers simply
look for a high number on a shelf-talker and don’t know the
difference between 94 WA (The Wine Advocate), 94 WS
(Wine Spectator), and 94 IWC (Steve Tanzer’s International
Wine Cellar).”

The point is not that critical assessment is all bullsh*t or unnecessary, it’s that the wane of traditional criticism is happening (slowly) and the landscape is changing (slowly) and therefore it is scary (or should be!) – but it’s also liberating, because it means you’ve now got opportunity to put context around your wines and context is increasingly resonating with consumers who want some humanity put back into the products that they buy. And guess where context is cheap and relatively easy to do? That’s right – on social media platforms.

Hell, that’s just one of the potential opportunities – there are hundreds more, so long as your vino is good. So go out there and make some opportunities of your own.

I’ll be watching you. I’ll be cheering you on. And I’m gonna keep banging this drum, even if the beat sounds old, because this tune needs to be played – and I ain’t going anywhere for a while…