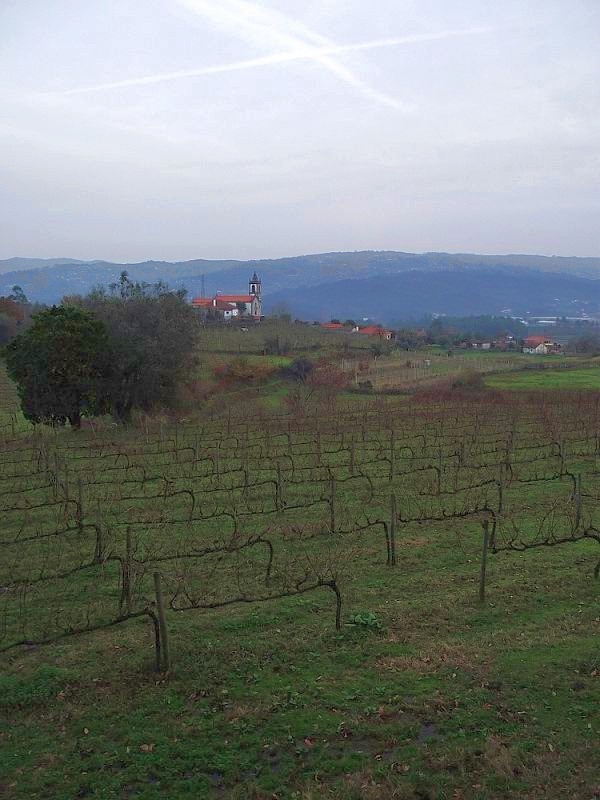 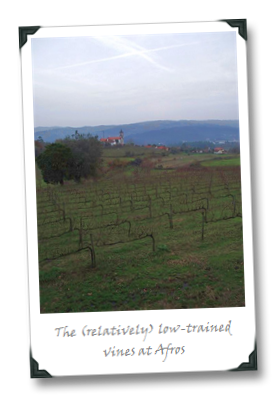 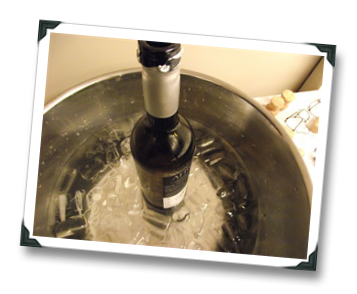 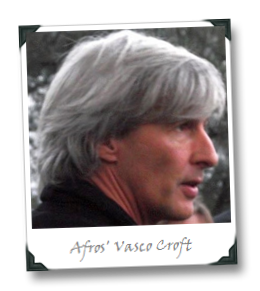 You’re not likely to find the wines of Afros (brainchild of the silver-haired and affable proprietor Vasco Croft) in the States; at least, not yet. And that’s a shame, because they speak volumes of the potential of Vinho Verde to get all graves on your palate. And while the wines are refreshing and deliciously food-friendly – a point driven home during my visit (an excursion organized via the Wines of Portugal International Conference), where my traveling companions and I were treated to stylistic takes on classic Portuguese cuisine prepared by chefs from the local restaurant Ferrugem, including bombom de sarrabulho (sweet, Reineta apple puree) and caviar of cherry tomatoes,  pastel de (bacalhau com) nata (“puff pastry” with cream of cod), caldo verde and corn bread toasted with olive oil (a typical Portuguese soup), and octopus with ink – some of them are more than contemplation-worthy.

Vasco has gone full-on BioDynamic at Afros, to the point of installing a functional water fountain that is supposedly representative of the energy cycles of the Universe to which BioD viticulture is supposed to connect. The topic of BioD is, at best, a powder keg for wine geeks and so I’ll refer you to previous coverage here on 1WineDude.com for details on that. As for whether or not BioD is responsible for the great flavors in Afros’ wines, I’m only going to say it doesn’t seem to be hurting them any.  Anyway here are my takes on two of Afros’ releases:

2009 Afros Loureiro (Vinho Verde): Like you just got personally invited to the Citrus & Tropical Fruit Ball (elegant dress included). (€13) B+
Now this wine… this is the stuff I’d always had in mind when I wondered if VV could get graves about its whites. It’s a wine that is ready to play with the big boys, and could give goose bumps to those who are on the hunt for vino that does not taste at all like the heavily oaked creamsicle Chardonnays that are thankfully starting to wane in popularity. An elegant and serious wine, one that had me wondering if it wouldn’t benefit from a couple of years in bottle to take the edge off the acidity; and just killer with seafood.

2006 Afros Sparkling Vinhão Reserve (Vinho Verde): Given 100 yrs 1 wouldn’t guess something so dark would be so deliciously food-worthy. (€19) B
This grape (Vinhão) is the red Vinho Verde variety (yes, VV makes reds) and usually results in very, very dark still wines that are peppery and spicy with dark fruits that I’d describe as rough-hewn. An acquired taste for sure. For some perspective, Vinhão was once described on JancisRobsinson.com like this:

“Richard Mayson in his book on Portuguese wines says that Souzão is the same as Vinhão, a variety widely planted in the Minho for red Vinho Verde, a wine you would not want to drink unless forced to do so at gun point.” 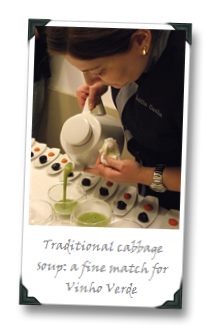 Ok, so maybe I’m being generous in describing Vinhão as “an acquired taste,” but Afros makes a very decent (if not exceptional) still red from it.

BUT… there’s no denying that Afros’ sparkling version of the same scores for its downright deliciousness and uniqueness, and I was amazed at how well the wine paired with food (in contrast to the still version); Acidity wins again, I suppose!

In any case, I wouldn’t mind raising a glass of Afros’ sparklers (white or red) to toast the day when wine lovers might be able to get a hold of a bottle or two in the States…

p.s. – I hope you’ve enjoyed the coverage from my recent jaunt to Portugal, of which this article is the final installment (yes, I am serious). You’ll be seeing quite a bit more travel and related coverage of wine regions this year here on 1WD, with Napa, Chile and Argentina coming up soon.

4 thoughts on “The Wines of Afros: Vinho Verde Gets Serious”