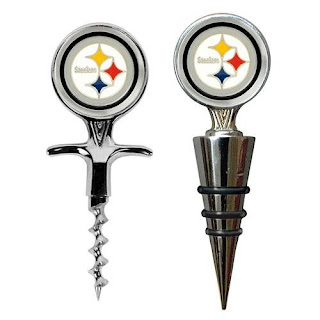 Frequent 1WineDude.com readers, as well as anyone who has conversed even momentarily with me on twitter, will know that I’m a Pittsburgh Steelers fan.

Fans of the Dallas Cowboys, New England Patriots, and Baltimore Ravens may want to skip this post entirely, with all speed and probably extreme prejudice.

Are they gone? Good, let’s get started!

Okay, I want to talk to you about the current state of wine in the modern world. I figured that I could work the U.S. presidential inauguration of our 44th President, the Steelers entrance into Super Bowl XLIII, and, of course, Wine. And tie it all together.

Anyway, it’s natural that, as we in the good ol’ U.S. of A. celebrate the (long overdue) 44th consecutive peaceful transition of executive power from one affluent male to another affluent male, that we consider the ‘state of things’ – not just of the country, but for anything that we hold dear.

Ok, so that transition was a little abrupt… 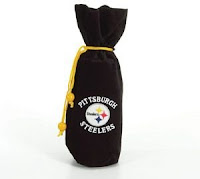 …and speaking of abrupt transitions and startling segues…

Being a Steelers fan, I’m finding the state of American Football particularly rewarding at the moment. So it’s surprising (to me, at least) that I was able to control my blinding exuberance to notice a reference to Alice Munro in a recent, eloquently written Post-Gazette article by Gene Collier. Collier’s article describes the unique and conflicting emotions that engulf the Steelers faithful when they host the AFC Championship game at home – a game that, until this past Sunday, they showed an ability to lose like no other team (emphasis added by me):

…modern Championship Sundays in Pittsburgh deliver a seismic coupling of pride and wariness, something realist short story master Alice Munro might call “a terrible amount of luxury and unease.”

So, to recap.: that’s 44th Presidential innaguration to The Steelers to The AFC Championship to the Post-Gazette to Alice Munro. All caught up? Good. “A terrible amount of luxury and unease” – a beautiful phrase, and one that uniquely captures my feelings about the current state of wine, at least in America.

To be a wine enthusiast in the U.S. is to be someone that lives with the joy of having thousands of wine brands sold in a market that continually drives up quality at all levels, while simultaneously not being able to enjoy those wines depending on what state you live in.

It makes me so terribly uneasy that I’m ending sentences with prepositions!

On the other hand, the unfairness, dishonesty, and bile of the state wine distribution monopolies has never been greater. To protect the revenue streams afforded to them via their monopoly position on the distribution of alcohol, many states are screwing the wine consumer – high prices, limited selection, curtailing your rights, and handicapping the free market (which screws other distributors, wineries, and you). 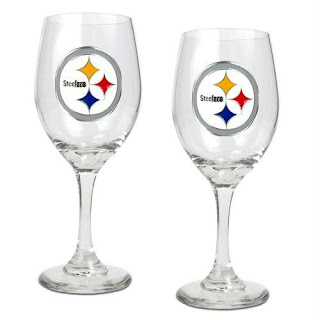 So, to bring us all up to speed here: that’s 44th Presidential inauguration to The Steelers to The AFC Championship to the Post-Gazette to Alice Munro to the State of the American wine market to unconstitutional wine shipping laws.

How does the future look to me?

If you’re talking the future for the American wine consumer, the jury is still out.