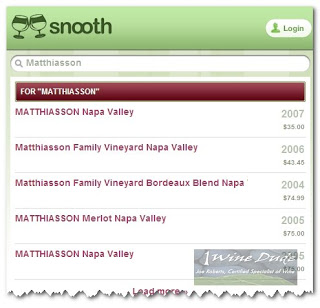 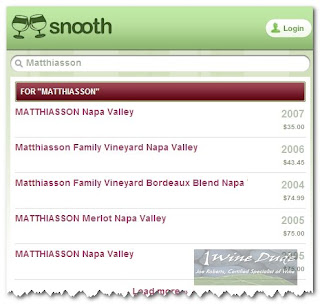 Venerable Internet tech. news site TechCrunch recently profiled Snooth.com (I’m an affiiate, so it caught my eye), detailing its growing popularity, and its impressive ability to secure angel funding during a very dank, dark, and dastardly economic climate. Getting featured on TechCrunch is newsworthy enough in and of itself, and the whole event garnered the attention of Kaz & Randy at WineBizRadio.com. I’ve had the pleasure of chatting (I say “chat” because he’s British) with Snooth.com founder Philip James on a few occasions, and he is a generally approachable and nice fellow, so Snooth’s success has been fulfilling to witness from a distance.

Apparently, according to TechCrunch and Snooth.com itself, Snooth.com is now the largest and fastest growing (in terms of website visits) wine community website. SNooth is now even bigger than Wine.com, which lacks the social media aspects of Snooth, and is still battling perception issues from over a year ago when they arguably put their own interests well above those of wine consumers and retailers.

What I found most interesting about the recent Snooth.com lovefest was not Snooth’s success, but how the website has been classified.

While this is certainly true, it’s not the complete picture. 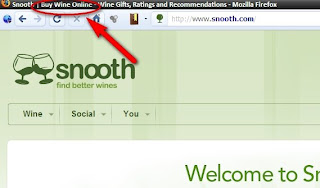 And they do it well enough – and integrate it so well with the best aspects of social wine networking (sharing reviews and recommendations) – that they are seeing huge success during a time when being relevant on the Internet at all means being involved in social networking.

Snooth.com is not the Future of Internet wine sales – it’s the Present. If you want to sell wine on-line (despite the headache introduced by arcane and unconstitutional state-run alcohol distribution monopolies getting in your way), then you’d better well understand the model that Snooth.com is quietly (well, not so quietly now I suppose) perfecting.

The King (wine.com) is dead. Long live the King (Snooth.com)!

11 thoughts on “The Rise of Snooth.com (or "Get on the Virtual Wine Bus, Already!")”