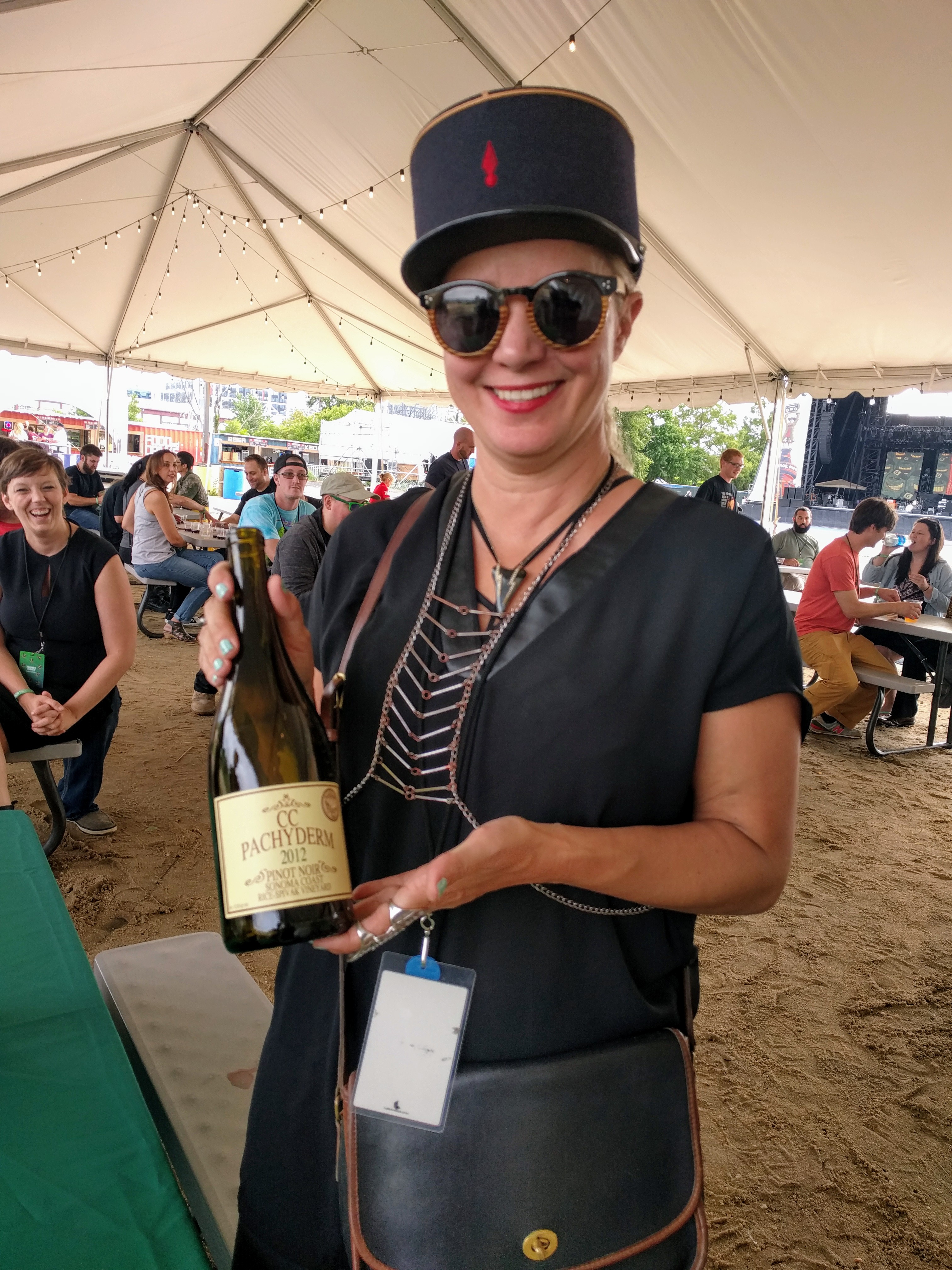 Being a prog music geek (actually, make that a music geek in general), we’ve had our fair share of literal rock star wine producer interviews here on 1WD, probably none as effortlessly entertaining as those with Primus’ Les Claypool.

Claypool, along with his wife Chaney, are the proprietors of Sonoma-based Claypool Cellars, whose development I’ve been following (and on which I’ve been reporting) for several years.

With the release of the new Primus album The Desaturating Seven  (highly recommended, by the way; think of it as a mix between the group’s older quirky-jam-based writing style, and the showmanship flamboyance of the more recent Primus and the Chocolate Factory) and its subsequent tour, Chaney and Les recently found themselves in Philly. 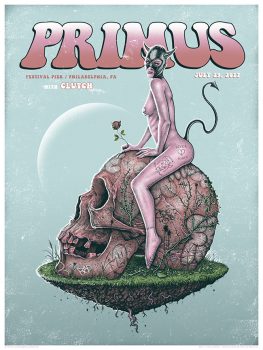 By their invitation, my drummer and I found ourselves at their Philly stop pre-show, tagging along at one of the cooler aspects of Primus’ tour: fans can purchase a premium-VIP package that includes a Q&A session with the band, and (more pertinently in this case) a tasting of some of the recent Claypool Cellars offerings, with Les and Chaney (mostly the gregarious Les) taking questions and waxing philosophic about Sonoma County wines in general.

Since bringing on the Pinot Noir wunderkinder consulting winemaking duo of Ross Cobb and Katy Wilson, Claypool Cellars has gone from promising-and-devoted-side-project to ageworthy-kind-of-cult-wine levels of quality, so for me it’s always a pleasure to catch up with the Claypools and their wines (funky-ass basslines or not). Here are some thoughts on their continued vinous progress (see what I did there…?)… 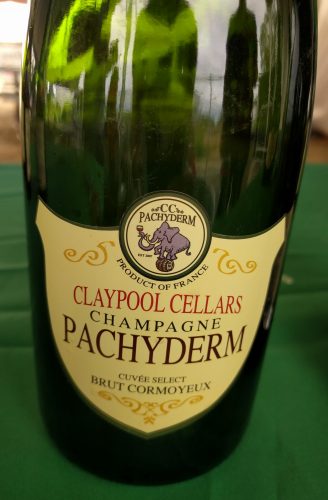 I did not expect this; I’m pretty sure that no one outside of the Claypool inner circle expected a Marne Valley, Farmer Fizz release. According to Chaney, the Claypools went all-in on this, traveling to France to get involved in the nitty-gritty decision-making on importing about 200 cases of this Champers, the product of fourth-generation growers Jacky Bochet and Valerie Lemoine. Also unexpected is the slight predominance of Pinot Meunier (55%) in the mix with Chardonnay (15%) and Pinot Noir (30%); the result is a Champers with slightly darker berry fruit and pear on the nose, with ample floral notes and a ton of vivacity. 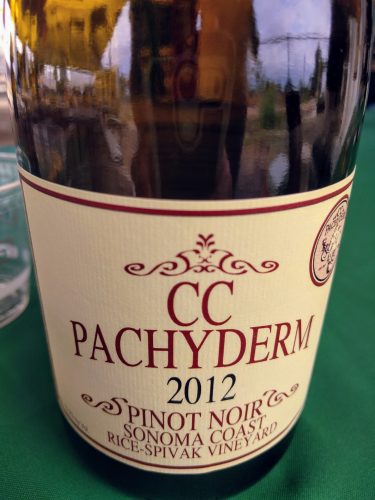 Here we are… again… This is technically the second time that we’ve discussed this wine in feature-form on 1WD, the first time being back in 2014. Back then, I wrote that this wine was “about as complex as a good prog-rock anthem: aromas of herbs, tea, pepper, spices, and dark berry fruits, with a good deal of enticing juiciness on the palate, all uplifted by excellent acid and an overall sense of poise.” Not a whole lot has changed since then, with the exception of the wine getting a bit more concentrated and complex, particularly on the palate, which has developed splendidly. There is something special about the fruit from the small, slightly-inland, ash-laden soil of Rice-Spivak, and by special I mean that it makes a complex, spicy meatball of a Pinot. 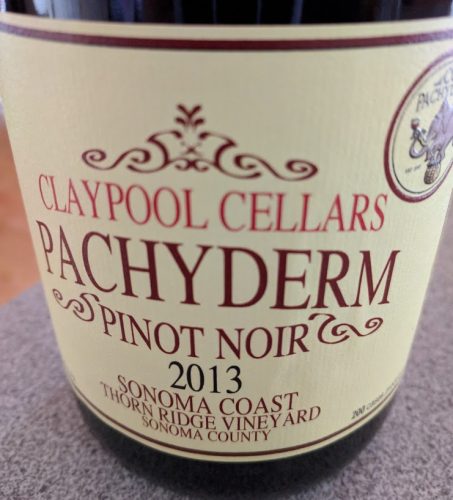 Only 200 cases of this elegant, stylish, and light-ish-on-the-abv (under 15%) Pinot were made. Steep, silty, and dry-farmed, Thorn Ridge has attracted the likes of Sonoma’s heavier-Pinot-hitters, such as Kosta Browne. The key word here is “bright” – that goes for the lifted red cherry and berry and floral aromas, the deeper red fruit flavors on the palate, and the energetic acidity that bolsters the whole package. Despite its lithe profile, there’s good structure here, and I’d recommend waiting for a couple of years (or at least through the listening of an entire Primus album) before yanking the cork out of it.