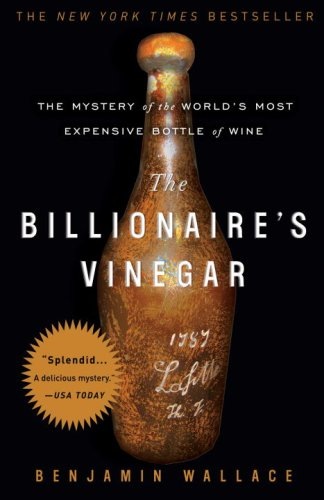 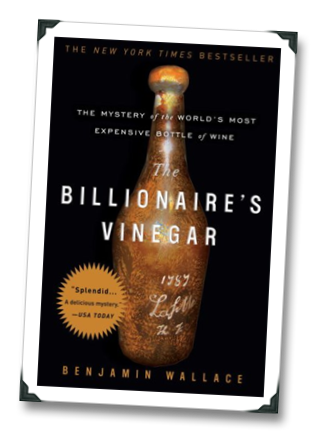 Before I get into the topic of today’s post (which, I’ll tell you now for future reference is “why and how even preeminent wine authorities can be duped”), I first need to give you some background on the world of wine fraud.

A few years ago I was on a business trip to Russia (before the Caucasus conflict last year), and some of my co-workers were getting together one evening during my visit to share a meal at the rented house of one of the local IT managers, an expatriated British friend of mine.  Being the only person in the group with a wine certification, my task was to obtain some wine for the meal.

I accompanied one of the local guys on our team to “downtown” Stupino, which is basically a town square with some shops strewn about, to seek out the wine.  He acted as my translator since I spoke a paltry amount of Russian.  Being relatively close to Georgia, I told him that I’d love to seek out some Georgian wine for our meal that evening.

That’s when he face took on a grim countenance and he was visibly torn between wanting to please the boss (me) and not wanting to embark on a torturous sideshow of navigating what was then a very ripe market of fake Georgian wine.

The issue was that each year far, far more “Georgian” wine made its way into the Russian market than could ever possibly be produced by Georgian winemakers.  Most of these were faked – some could even be poisonous, according to my Russian co-workers.  I was insistent, seriously underrating the amount of effort it was going to take to find a genuine Georgian bottling at the local market.  I think we examined about a dozen bottles, during which I had no idea what I was looking for in terms of validating the provenance of the bottles in front of  us, and a line of increasingly solemn and angry Russian shoppers began to form behind us at the shop counter.  All the while, my co-worker was repeating “Нет, не это” (“no – not this one”) to the shopkeeper, while loosely explaining to me in English why we shouldn’t accept the last bottle as the shopkeeper reached for the next alternative.

“This can’t be Georgia wine,” he said, “the shape of bottle is all wrong.”

We did eventually succeed in purchasing a genuine bottle of actual Georgian wine, and enjoyed its ripe, peppery red fruit with dinner.  I think we also succeeded in pissing off a good number of the local shoppers in Stupino (though they are Russian, so they should be used to standing in lines, right?).

The bottom line is that fake wine is very, very real and endemic problem in some markets, like Georgian wine and really, really old French bottlings from top Chateau.  Most of you reading this aren’t ever likely to encounter a fake, but if you ever want to splurge on one of the big boys, you should at the very least inquire to the shopkeeper about the history of the bottle.

Even though we’re about 600 words into this post, I’ve only just gotten started – and we’re not going to talk about fakes.  We’re going to talk about why smart, talented people get duped by fakes.  Sort of like MTV’s Punk’d, but for wine, and on a massive, multi-millions dollar scale. 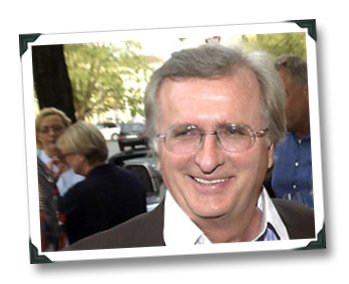 People like Robert Parker (the world’s most influential wine critic), Jancis Robinson (one of the wine world’s top writers), and Serena Sutcliffe and Michael Broadbent (who headed the international wine departments of auction houses Christie’s and Sotheby’s, respectively).

The names above constitute a large part of what could well be considered the High Priests of wine (more on the religious overtones – which are fundamental to the issue of being duped – in a moment or two).  And all of them were duped by a man named Meinhard Görke, better known as Hardy Rodenstock, widely considered to be the perpetrator of the most expensive wine frauds in history – a story told with expert prose and excellent research in Benjamin Wallace’s The Billionaire’s Vinegar.

How were these people duped?  I don’t think it was by Rodenstock.  From where I’m standing, these wine gurus duped themselves – whether it was from hubris, greed, or simply being starstruck (more on all that in another moment or two).

I won’t spoil the details of The Billionaire’s Vinegar – you really need to read this cover-to-cover and detailing too much of it would dilute a good deal of the pleasure you’ll derive from it – but in summary, Rodenstock’s fake wines seem to have been expertly executed, culminating in an over-the-top, several-day-affair 1998 tasting of 125 vintages of Château d’Yquem.

The tasting notes and auction logs of Sutcliffe and Broadbent came to rely more and more on wines poured at Rodenstock’s opulent tasting events, which were also attended by Robinson and Parker, with Parker famously giving some of the likely fake wines 100 point (‘”Perfect”) scores.

One possible (but unlikely) explanation for why four of the most preeminent wine authorities came to be so duped by what were likely fraudulent wines constructed by one man (who never charged them directly for the ancient vintages of wines he poured them at his garish tasting events) is greed and hubris (or is that technically two explanations?).  Even though it’s not a likely explanation given the body of work of those wine personalities, it’s worth exploring.  Their livelihoods, at the time, all centered around the marketing of exceptional wines as rare and expensive commodities, and probably depended at least somewhat on that view.  No one wanted to question the illusion, or even whether or not they should have been at the tasting events in the first place – too much was at stake for them:

In other words, even if they suspected something was amiss, they were all in too deep.  Interestingly, their responses (especially those of Parker and Robinson), centered around the fact that they were duped, but duped by excellent wines.  Robinson offered this in one of her on-line reactions to the “Rodenstock Affair”:

“As the auction and other secondary markets’ greed and status values continue to nurture conditions for forgery, which feeds on skyrocketing prices, in the future many more high- and-low rollers will depart salesrooms wondering if a not-rigorous-enough front office is taking them to the cleaners.” 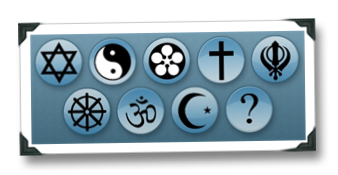 This could be considered an exercise in ass-covering, because it’s kind of embarrassing that these wine High Priests should ever have been at the opulent Rodenstock tastings in the first place.  Why do I say this?  Because wines from Lafite, Mouton, Petrus, Y’qem – we could go on and on listing the most famous Bordeaux houses – are kind of like works of art.  Yes, they are meant to be consumed, some several decades after release.  But a wine that is hundreds of years old from these producers?  That is a piece of history, not a prop for a select and affluent few. Like paintings from famous and loved artists, or the manuscripts of history-making political figures, don’t these items take on something more than just a collector’s fancy?  Aren’t they artifacts that somehow belong to the collective history of wine?

In my view, attending a tasting of 125 vintages of Chateau Y’qem is almost obnoxious.  You might as well pair the wines with braised cuts of meat from endangered species. Robinson, Parker, Sutcliffe, and Broadbent are amazing talents and great writers – but did they also, even if only subconsciously, “rape & plunder” wine history?

[ This begs the question of course, when and how should an historic or rare wine be consumed, if at all?  I don’t know the answer, but I’d love to hear your thoughts on it.  I’m pretty sure it’s not during an elitist affair held by possibly the biggest fraud in the history of wine. ] 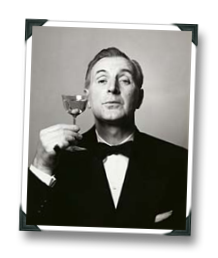 Consumers tend to take the word of these High Priests on total faith, and like many religious-like followings those words can blindly guide the spending choices of millions and millions of dollars.  Also not unlike many major religions, the power in this Religion of Wine sits in the hands of a few people who have access to a rare commodity and, in part, build their financial power and prestige based on talent, but also based on ensuring (whether consciously or not) that the commodity of some fine wine is available only to those who can afford their own tropical islands.

Which is all a very long-winded way of saying that maybe they had a vested interest in keeping those rare wines, well, rare.

Another explanation, and one that is probably much more plausible given the significant contributions that Parker, Robinson, Sutcliffe and Broadbent have made to the wine world, is that even talented and intelligent High Priests of wine can be starstruck at the idea of being included among the chosen few who would sample ultra-rare, ultra-expensive specimens of wine high art. Who wouldn’t be at least tempted and intrigued by the offer to sample wine from the 1700s and 1800s, to partake in an ephemeral bit of history?

Don’t act like you wouldn’t at least consider it.

Hell, I would, at least for a moment or two – and that’s even after my self-righteous diatribe about the raping and pillaging of wine’s history.  Things probably look very different when you have the opportunity to see them from the viewpoint of the pillagers…

I suppose the moral of the story, if there is one, is that even the best in any field are only human.  As a wine consumer, there is much you can learn from the likes of Robinson, Parker, Sutcliffe, ad Broadbent.  But infallible gods they are not.  The best thing you can do is to use there work as Parker himself recommends – as guideposts for your own journey into wine.

7 thoughts on “The Punking of Wine’s High Priests”