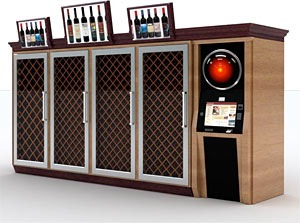 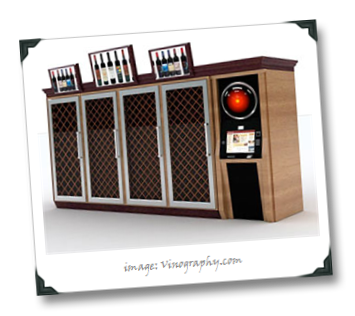 The recent news of perpetually-hip grocery company Wegman’s pulling out of the troubled PA Liquor Control Board’s wine kiosk program has caused a bit of a stir in the wine world, if we take “stir” to mean “mostly sardonic snickering, followed by a glassy-eyed stare caused by the grim realization that we live in a universe where things like the inane PA wine kiosk program are actually allowed to happen in the first place.”

Welcome to my neck of the wine woods, folks!

It seems that current Pennsylvania Liquor Control Board Chairman Patrick J. “PJ” Stapleton (the “PJ” is his addition, not mine) has had enough of the snickering part, though. On June 23rd, Philly.com posted an Op/Ed letter written by Stapleton in response to the criticism coming his way over the Wegman’s kiosk fiasco.

What I’d like to do is deconstruct PJ’s open letter, because it’s filled with enough holes that it could double as a riddling rack – not that us PA residents could actually fill that riddling rack with actual wine, mind you… at least not the wine that we want to order, since the state stores probably don’t carry that stuff… okay, whatever.

Following is the text of PJ’s letter to Philly.com, emphasis mine, followed by some peanut-gallery commentary from someone living the dream (that dream being a nightmare) as a PA wine consumer (that would be a slightly-more-infuriated-than-normal version of me):

“While it is true, as a recent editorial indicated (“Kiosk idea staggers,” June 13), that Wegmans Food Market has decided to discontinue the program, it is worth remembering that Wegmans made an investment with full knowledge that the kiosk reached far outside the face-to-face customer service Wegmans was accustomed to providing. The editorial also failed to point out that the kiosk program is but a small part of the overall business the Pennsylvania Liquor Control Board is engaged in. The wine kiosk was evidence of innovation at its finest, something the wine and spirits industry had not seen before. This made it an easy target for criticism.”

PJ is correct, the kiosks reached “far outside” of face-to-face customer service;  but it’s not just the type of service Wegman’s and its customers would expect – it’s the kind of service that any consumer or business should have expected. Never mind that the kiosks creepily record personal information – “creepily” meaning the machines include a camera watching your purchase, requiring validation remotely by PLCB staff, and they also required – not kidding here – a breathalyzer test before dispensing booze.  Forget all of that stuff for a moment (I know it’s difficult, but work with me here). It’s more damning that the kiosks didn’t actually work properly.  As the editorial that riled up poor PJ stated, “No decent establishment likes anyone bothering the customers, and that’s exactly what the buggy booze-bots have been doing. Wegmans said the high volume of complaints about them was the most important reason for the eviction notice.”

“Kiosks are nothing new in the retail industry. Many major retailers use them. And every successful retailer knows that failing to bring innovation and creativity to customers is likely to result in business failure. The Pennsylvania Liquor Control Board’s focus on bringing innovation to our customers couldn’t be stronger.”

Failing to bring innovation can, indeed, ring the death knell for retailers. But PJ seems to have a very loose interpretation of “innovation,” equating it with the introduction of technology.  Innovation is not dumping a souped-up, Frankenstein-monster of a vending machine into stores and expecting customers to trade personal data exposure for the convenience of being able to buy a (very) limited selection of booze. Innovation is staying a few steps ahead of the market, and working your ass off to push the market to catch up with you – that doesn’t necessarily require technology to pull off successfully. The PLCB kiosks are a tech band-aid (the dinky, meant-for-your-pinky kind) trying to cover the gaping wound (the bitten-by-a-great-white-shark kind) of woefully outdated laws supported by a government-run monopoly that actually stifles market innovation at nearly every turn.

I do agree with P.J. on the last bit, though:

“In return, what we could use is fewer inaccurate political attacks and more productive discussion and action on behalf of all Pennsylvania consumers.”

In fact, here’s where PJ and I agree almost totally.

It’s just probably not in a way that he would have imagined.

I’d certainly love to see more productive dialog with fewer political attacks – as in, fewer flawed, cronyism-induced legal and PA government-sponsored attacks on the free market when it comes to liquor sales in The Commonwealth, and I’d equally love to see further productive dialog to progress the inevitable move towards privatization upon which its citizens will (hopefully… eventually) insist.