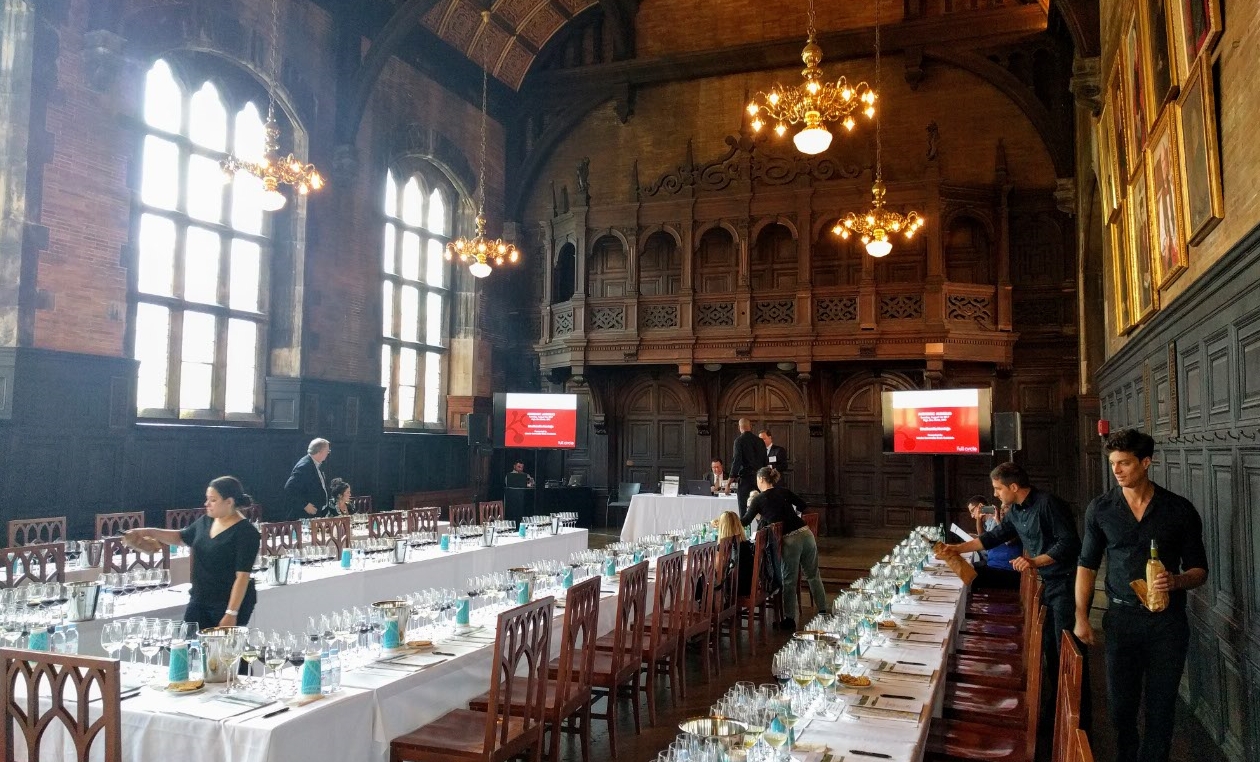 In the grand scheme of the wine world, Portugal appears to be the county that stands tall, despite its relatively small size (about 575 miles long, and just under 140 miles wide). In Napoleonic-complex fashion, it makes up for its stature in other ways; Portugal is in the top ten worldwide in vineyard acreage, per capita wine consumption, wine exports to the USA, and almost squeaks into that list for wine production (coming in at number 11).

Given that, we tend to forget that Portugal’s land mass isn’t actually all that tiny; one of its largest production areas – Alentejo – is responsible for half of the world’s wine cork production, takes up approximately one-third of the country, and has portions in the south that stretch all the way out to the coast. Alentejo has eight sub-regions, over 35,000 acres of PDO wine production, and is about the size of Belgium.

The host of a recent Wines of Alentejo “Authentic Alentejo” event held (I was a media guest), Master Sommelier Evan Goldstein summed it up this way: “‘the People’s Republic of Alentejo,’ if you will.”

Wine has deep roots (ha ha) in Alentejo, stretching back about 4,000 years. The pre-Roman-era Tartessians likely introduced winemaking to the region, and the Romans cemented it into its DNA (including the amphorae methods of talhas de barro, still in use today). The region has more or less been making wine ever since, with only a brief decline during Moorish occupation in the 8th Century. In modern terms, tourism-stimulating attention from National Geographic and a nearly seven-fold increase in wine producers in the late 1990s have brought renewed vinous attention to the region.

Well, that and the fact that several of the wineries became known for the fruit-forward, full-throttle, probably-overblown style of winemaking popular with major wine critics during the last couple of decades.

But Alentejo wines don’t have to be overblown; at least, that’s the takeaway that I got from the wines presented by Goldstein and co-host Joshua Greene in the refractory of NYC’s Union Theological Seminary (best imagined as the Christian version of the main hall at Hogwarts)… 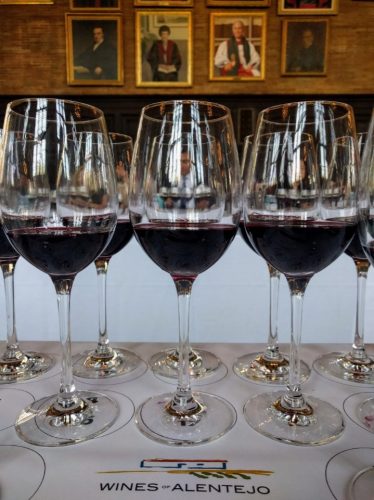 Alentejo-bashers (and there are a surprisingly large amount of these in the wine biz, from my experience) would’ve been somewhat beside themselves at this tasting; generally, the wines were very, very good, in many cases excellent, and, in a smaller number of cases, astounding. My highlights (regional notations indicate the relevant Alentejo subregion(s)): 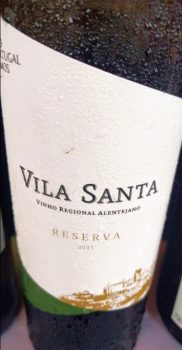 A slightly unlikely blend of Arinto, Alvarinho, and Sauvignon Blanc, there’s much to love about the Vila Santa beyond its drink-it-all-day 12.5% abv. It’s chalky, stony, flinty, pithy, and chock full of stone fruit, lemon peel, and marmalade hints. And if you do happen to drink it night, save a bit; all that acid and aromatics will definitely wake you up in the AM.

The “gold label” version of Mouro’s tinto is a mix of 48% Alicante Bouschet, 27% Aragonês, 16% Touriga Nacional, and 7% Cabernet Sauvignon. Floral, plummy, brambly, spicy, and punctuated by graphite notes, your nose will thank you for the adventure. While it’s burly now, the length, consistency, and structure suggest that this has yet to even reach its toddler phase.

I actually considered giving this the “Overachiever” tag, despite the fact that it’s over $35/bottle, because it’s that f*cking good. Mostly Alicante Bouschet with Trincadeira blended in, my tasting notes included the phrase “awesome sauce” and “strong kung-fu.” Thyme, graphite, dark cherries, bramble, mulberry, and enviable amounts of textural tension. 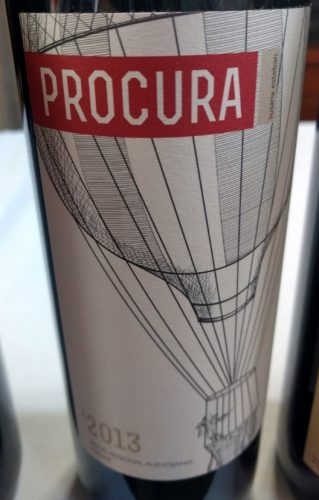 Alicante Bouschet makes another appearance here, but only as the predominant member of a larger field blend of traditional regional red varieties. Esteban is clearly at the top of her game; this is both plummy and lovely, with spices, rose petals, and layer upon layer of red berry fruit flavors that move from tart to brambly to ripe. 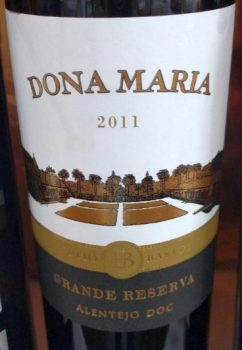 This blend is 50% Alicante Bouschet from what might be Portugal’s oldest vines of that variety, with Petite Verdot, Syrah, and Touriga Nacional rounding it out,. The AB is, apparently, tread by foot. The nose is smokey and meaty, and high-quality leather abounds, followed with bitter dark chocolate, graphite, and black licorice. Powerful and serious, inky and substantial, but yet somehow also fresh as a daisy.

Sure, you fellow geeks probably love the PM red, but when’s the last time that you had the white Antão Vaz and Arinto blend? And if it was recently, then WTF is up with you not inviting me? Apples, melons, and breadth; this is deceptive stuff, in that it certainly comes off as ripe/fruity/sexy, but that forwardness belies fascinating texture that make it ideal for fancier seafood fare.