I was sad to hear of the passing of David Lett last week, at the young age of 69. 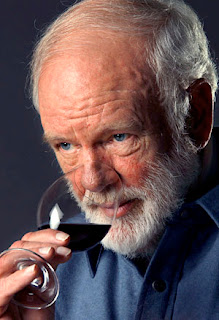 David wasn’t as much of a household name as Robert Mondavi or Rodney Strong, but he was every bit as influential in putting U.S. wine on the map as his more visible peers. What Mondavi did for Napa, and Strong did for Sonoma, Lett did for Oregon wine.

In 1965, Lett came to the Willamette Valley looking for U.S. conditions that closely matched those of Burgundy, in order to make exceptional Pinot Noir. It didn’t bother him that the region had been widely dismissed as being too cold to make decent wine.

After selling textbooks to pay the bills, he created Eyrie Vineyards, and in 1979 entered his `75 South Block Reserve Pinot Noir into a French wine competition. It came in 3rd, besting some notable Burgundies.

Because the French are, well, French, this pissed then off and they held the competition again the following year. Lett’s wine came in 2nd; Oregon was no longer in wine-making obscurity – “Papa Pinot” had put them on the map.

To this day, Eyrie is still a great producer of age-worthy Pinot Noir and stellar Pinot Gris – both of which have previously found their way to the Dude’s wedding anniversary dinnner table, which is no simple feat because I am a picky bastard when it comes to my wedding anniversary wines. Oh, yeah – lots of other critics and wine lovers dig it, to.

So today we tip our virtual hats to Papa Pinot, in gratitude for what he’s done for U.S. wine (and for my dinner table experiences!).