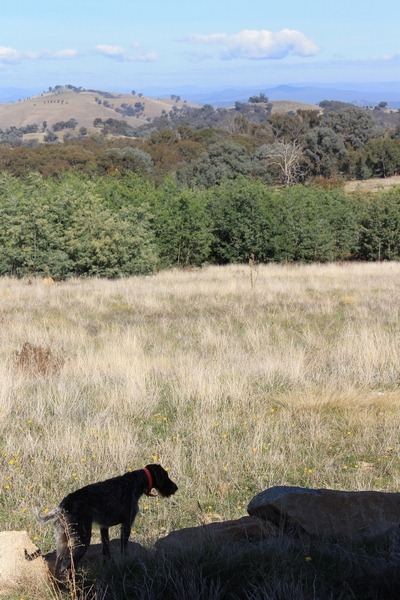 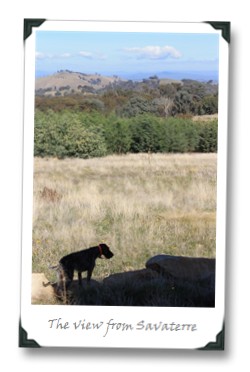 It’s a brilliantly sunny day in Beechworth, a rural (even by Aussie wine region standards) area in eastern Victoria that sits just south of Rutherglen. The region was made famous by Giaconda, whose premium Chardonnays are in such high demand that they’re now offered en primeur.

But I’m not here to see Giaconda (okay, that mostly had to do with the fact that it was closed when I visited). I’m across the street, where Keppell Smith has set up shop for his Savaterre brand – and at seventeen years running, he’s just gotten around to building a modern winemaking facility. This is the other side of Oz, where handfuls of tiny producers are setting up garage-style winemaking efforts, using natural cork, and otherwise eschewing the penchants of ginormous Aussie wine conglomerates’ for squeaky-clean, screw-capped, and what many wine geeks often criticize as characterless wines.

Smith comments on what he’s trying to avoid, and his words, I come to learn later, more-or-less sum up the approach of producers throughout Beechworth: “Fuck me dead! There’s nothing worse than a ‘so what’ wine!”

Ask Smith why he chose this spot to plant grapes, and his answer, similarly, will tell you everything; only this time, it’s everything about his approach to winemaking (and, I gathered, to life itself – Smith seems incapable of hiding his true feelings about anything… even by Aussie transparency standards).

“Because of this,” he says, picking up a handful of brownish, unforgiving, decomposed granite. “Because of this shitty, shitty, crappy, shitty soil!”… 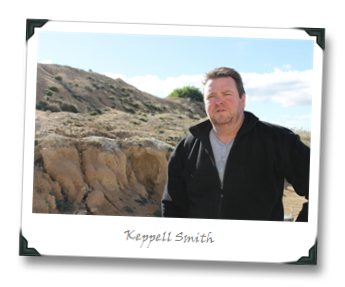 Beechworth was a gold rush area in 1852, which drew a large number of people to look for their fortunes in an area that sees a good amount of Summer heat, Autumn sun, Winter cold, and diurnal temperature variations, all to go along with grounds that can barely grow a single vegetable. “A crappy place to be if you’re living in a tent,” Smith told me – but a great place for growing fine wine grapes, which are stressed in the soil and retain good amounts of acid due to the temperature shifts.

That hard-edged, gold-rush living seems to have imbued Beechworth’s small wine producers with a bare-knuckled determination to eschew what has become the country’s winemaking convention. Beechworth is full of producers making tiny amounts of wines, going against the grain set by larger Australian wine brands that rely on cutting-edge science to produce clean, consistent wines vintage-to-vintage. In what feels a bit of typically Ozzie David-vs.-Goliath defiance, what Smith does with his grapes – mostly Pinot Noir and Chardonnay – is, basically, as little as possible. 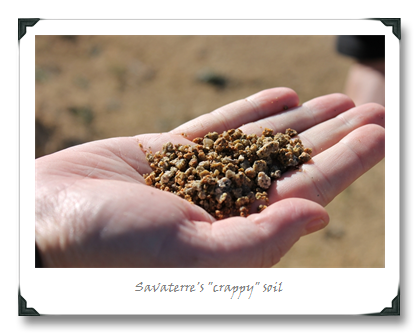 “I’ve had quite enough of hard work,” he tells me. “It’s lazy, really. We put ‘em into barrel from a basket press, and just… wait. In Burgundy, they didn’t have a clue about this inoculation stuff; they just made great, beautiful wine.”

It’s all done whole-bunch now, somewhat out of preference but now out of necessity. “Every time I’d taste barrels of whole bunch, I’d say ‘damn, that’s good!’ This year, my destemmer broke, so that solved that!”

Don’t get Smith started on other wine geek topics, unless you want an earful. When I mention the fascination that many larger Australian producers I visited had for clonal selection, Smith laughs and can barely contain himself (even by Aussie exuberance standards).

“Fuck me dead! Clones are for people who can’t make wine!”

Such is the attitude in Beechworth, which represents a side of Ozzie wine that few Americans ever get to see. This is where small growers like Indigo earned the attention of producers such as Brokenwood and De Bortoli simply on the quality of the fruit grown here. It’s also where (very) tiny producers like Golden Ball can make solid and compelling Chardonnay and Shiraz using little more than a garage (and solar-powered electric blankets draped over oak barrels to help induce malolactic fermentation). It’s Aussie bootstrapping, pioneering, screw-you-all-and-I’ll-just-go-and-do-it-myself-f*ck-you-very-much spit and grit at its finest.

While bare-knuckled talk is entertaining, what counts most is the quality of the juice in the bottle – and Savaterre certainly can stand on the quality of the juice. The wines will not be easy to find in the U.S., but it’s worth trying t hunt them down; in tasting them, you’ll probably lose yourself in the wine for a while, and in the menatime forget all about clonal selection, soil, and yeast types – and, I gather, Smith would prefer it no other way. 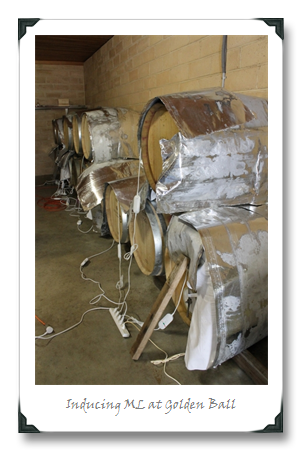 Flinty, gravelly, and greeting you with a touch of toast, this gorgeous wine expresses a ton of fruity complexity after only a few minutes in the glass. I’m not sure if the wild yeasts give it more character, but I suspect that might be the case – there are melons, apricots, peaches, limes, and a serious amount of grapefruit pithiness on the palate. Elegant, if a bit rustic around the edges, but certainly by no means boring (even by entertaining Aussie personality standards).

For all of Smith’s rough-and-ready talk, this is one lovely wine on the nose, with dark berry compote, red and black cherry, and citrus zest. There’s even a hint of mushrooms and dried herbs. It’s on the palate that things get even more serious: there’s tannic grip here, and it’s at turns spicy and pithy. Seriously structured, this is way too young right now – give it a few years to soften up all that hard-edginess that Smith has likely talked into it (even by hard-talking Aussie standards).