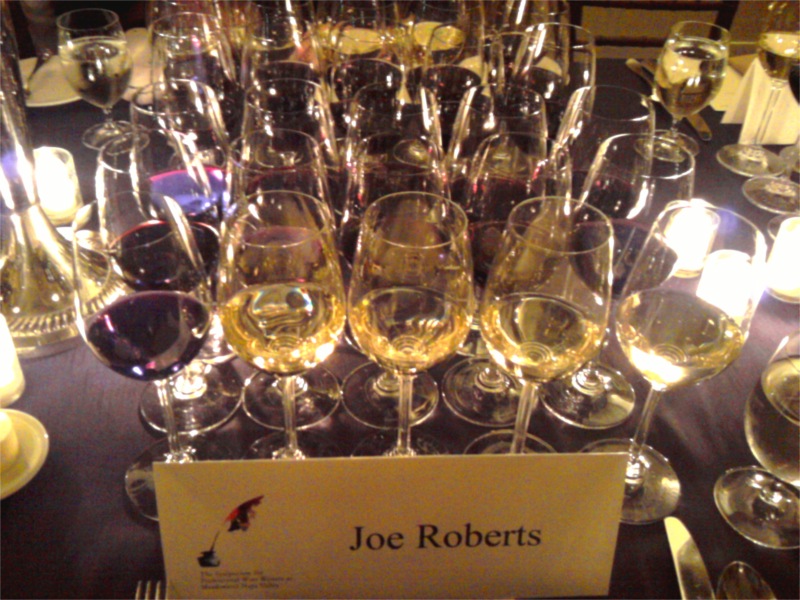 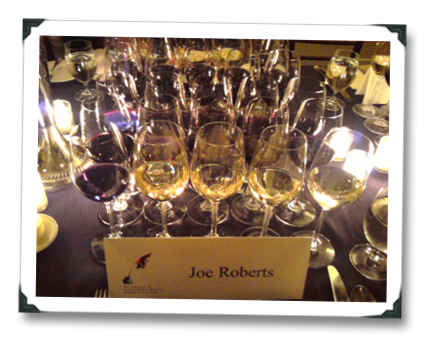 1) It is the darkest of times for wine writing. The general decline in the consumption of real journalistic reporting has resulted in immensely talented people being out of regular wine-writing-work.  The black cloud enveloping the wine writing sphere is actually the dark cloak of the grim reaper; that silver lining you see is his scythe, gleaming against the available light, raised to the apex of its arc in his cold, bony hands, beginning its inexorable path to cut wine writing down at its haunches.

2) It is the brightest of times for wine writing, for those who are comfortable with ambiguity and have an entrepreneurial bent.  Since information about wine is now being consumed in almost an infinite array of forms on-line (with no-to-low-cost barriers to entry to almost all of them), those with passion, drive, talent and business sense can earn a comfortable living – if they’re able to market themselves and build their own personal brands.  Success stories include new and traditional media types (and those like Dominique Browning who have successfully leveraged both).

3) Apparently, I have fooled a good number of people into thinking that I know what I am talking about. I think there might be a good book idea in there somewhere, but I won’t bother to pitch it because the traditional publishing industry has 14 billion levels of checks and bureaucracy and is (almost) hopelessly broken.

4) Everything positive that you’ve ever heard about the legendary Gerald Asher is probably true. His keynote speech seamlessly wove together wine writing history, wine sales, insight into the human condition, and prostitution – and that was just in the first three minutes.

5) Please stop telling me that Napa wines are never Bretty, or that their ripe fruits will outshine any Bretty stank even after years in the bottle.  Because I sampled some older vintages at the post-prandial (does anyone not love that word?) tastings at the Symposium, and while most were NOT Bretty, those that were displayed way more fruit-of-the-barnyard than fruit-of-the-vine, if you catch my drift.

(more after the jump…)

6) Napa Valley Pinot Noir stole my girl, kicked me in the jimmy, and then took my lunch money.

7) Antonia Allegra, Jim Gordon, Linda Reiff and Terry Hall – who, among many, many others, make the Wine Writers Symposium Go – continue to compete with one another for title of “Most gracious person in the Northern CA Wine Business.” This accolade doesn’t come with a trophy, but it does come with my undying admiration and gratitude, which, along with $3, might get you a coffee at Starbucks.

8) I have no idea what I did to deserve having some of the world’s most delicious Toakaji seek me out and by the grace of the wine gods allow me to suck at its nectary teat for a few wonderful minutes, but I’m not gonna second-guess its wisdom so I’ll just assume it was something really nice.  See, people, this is the kind of shizz that happens when you show up at a WWS!

9) We assembled Gerald Asher, Dominique Browning, Antonia Allegra, John Bonne, Lettie Teague, Neil Beckett, Jack Hart, Natalie MacLean, Doug Cook, Alder Yarrow, and a host of others just as talented into the same room at the same time.  If you can’t learn about wine writing in this environment, then you probably shouldn’t write about wine.  Ever.  In, like, 1000-recurring-instances-of-our-Universe ever.

10) The wine writing world still largely lacks ethnic diversity. I’m not saying it’s right, or wrong, but it feels strange to someone like me who has an ethnically diverse group of friends, family members and acquaintances.

Thanks to all who chimed in on twitter during the event with the #wws11 hashtag, some of your questions and comments were aired by the panels, which underscored the power of social media a few times for the attendees.