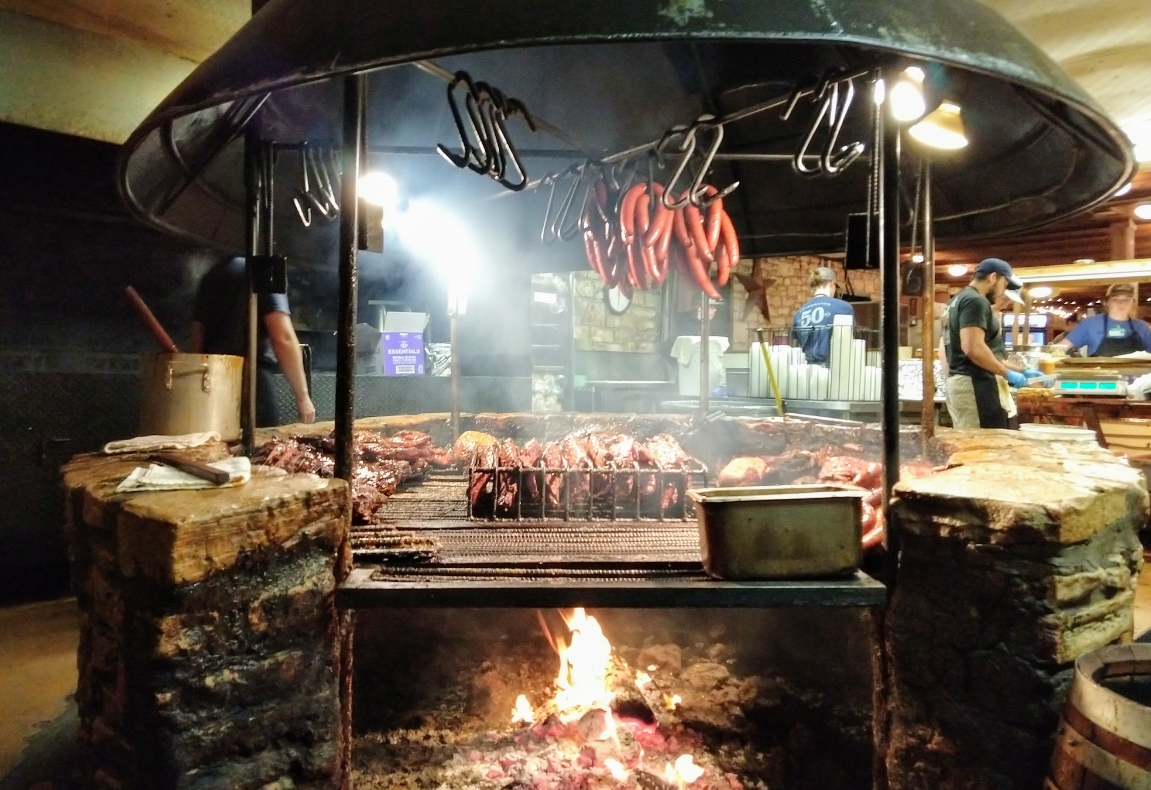 While I enjoy the thrill of the new, in some ways I am a creature of habit.

Specifically, I have both a habit of getting invited to wine regions that don’t make the usual list of media darling locales, and I have a habit of accepting those invitations because, well, new. And so it was that I recently found myself in Texas, touring that state’s budding Hill Country wine scene as part of a media jaunt, and generally annoying Dallas Cowboy fans by telling them how great I think that the history of the Pittsburgh Steelers is.

Interestingly, this Texas Hill Country has a streak of uniqueness, even for a state famous for its larger-than-life machismo flamboyance. To wit: the region is rich in immigrant history (tellingly, it was home to the German Free Thinkers movement), to the point that the area opposed secession from the Union during the American Civil War (a Union monument to the Abolitionists who were killed for refusing to fight for the Confederacy still stands in Comfort, TX).

Apart from those living in Texas, Hill Country remains off of the fine wine radar. Its tasting rooms, however, are generally packed to the gills on the weekends, due to a combination of favorable factors:

It’s that latter part, of course, that is the focus today here on these virtual pages..

“Some varieties are just happy here,” claims Dave Reilly, the self-studied winemaker for Duchman Family Winery, possibly the most familiar of Texs Hill Country producers to those outside of Texas Hill Country itself. Those varieties are more numerous – and fit less into any given traditional mold – than you’d expect. Case in point: Italy’s secret-weapon white grape Vermentino, which Duchman has been making for over a decade. It’s definitely more on the Tuscan side for the V, with melon and tropical flavors dominating, but it retains the minerality, astringency, and nuttiness that are usually the hallmark of its European versions.

Now, Rhone varieties might seem to make more sense for the Texas heat, and this sexy little grape seems quite at home in Hill Country. Pear, white flowers, lemon pith, cream, and verve are the focal points here, resulting in a balanced white that doesn’t eschew its naturally sultry side.

Speaking of sexy, Campania’s sexy red also seems to be comfortable sporting a ten-gallon hat. Juicy dark plums, leather, violets, and earth immediately announce this wine’s Italian heritage, with its hefty palate power being balanced by grit and tobacco on its finish.

Larry and Jeanine Kuhlken, who in the 1990s planted one of the then few vineyards in the Hill Country, met “over a mainframe” as programmers on the Apollo 11 space mission, according to Pedernales “Resident Wine Philosopher” Julie Kuhlken. Her brother David handles winemaking duties at the winery that now farms fruit from their parents’ vineyard, who previously had sold fruit to other local wineries (“of which there were about… three” Julie Kuhlken noted). About 15,000 cases are made by the winery that bears the name of the local river. They now favor Rhone, Spanish, and Portuguese varieties, the former of which brings us this floral, oily, tropical, and creamy white. Far from being bloated, this is Viognier that gains palate traction by way of pithy minerality and lemony acidity.

A blend of Tempranillo, Mourvèdre, and Petit Verdot, this is a red that comes in soft (and spicy, with tobacco, sage, violets, thyme, and clove), and rides out harder on dusty, gritty tannins, leather, and cherries. Fresh, long, and chewy, it will engender dreams of Texas BBQ.

This is a toasty, high-toned homage to the Iberian peninsula. Earth, dark cherries, dried herbs, black plums, and dark tobacco intermingle with juicy, chewy fruitiness in this mouthful of a wine, exuding substance and a sense of craft.

Give Bending Branch‘s Robert Young, MD a few minutes, and he will show you his big unit: specifically, his flash détente machine, which (in a nutshell) “basically explodes” the grapes, and “kills any bacteria or yeast” to be found. The ‘flash water’ run-off condensate that results from this maximum-extraction technique contains the things that most winemakers try to avoid (or cover up), such as pyrazines, and what Young terms “air-oir” – unwanted airborne aromatic compounds (with plenty of farms in Texas, this is not an insignificant concern, after all). “Because our growing season is so short,” explained Young, “we don’t get the phenolic ripeness of other areas.” Ever science-minded, it bothered Young that he was only extracting about one-third of the grape’s potential polyphenols, and flash détente was his answer to getting the more robust style of wines that he had in mind. “Lots of producers in California utilize this; we’re just willing to actually talk about it!”

Young’s single-vineyard Cabernet makes a strong case for the judicious use of FD – it’s dark, fruity, lively, herbal, and achieves a depth that few other Hill Country reds can match.

Also from the Newsom vineyard, this PS sees 28 months of American oak. Before you go hating on it, I should tell you that this is one very complete PS, which isn’t easy to do. Leather, meat, smoke, violets, pepper, mint, Now-and-Later candy, sour black cherries, slate… it’s a complex, sultry beast of a wine, with  grit, power, and vivacity.

Given its penchant for retaining acids, I expected to find more Tannat than I did in Texas, but I’m happy to have found this one. Reticent and young now, it unfolds slowly with minerals, spice, and black fruits, before punching hard and powerfully with meat, tobacco smoke, caramel, toast, vanilla, and raging structural components. The finish is longer than an old school cattle drive.

In a self-described “no-man’s land” in Comanche, TX, outside of current AVA boundaries, Dr. Pat and Trellise Brennan bought the historic McCrary house and some land, and took up a friend’s advice to plant some vines. Brennan Vineyards was thus founded by the Brennan’s planting Viognier, Syrah, and Cabernet Sauvignon in the early 2000s, supplying grapes to other wineries and now producing about 10,000 cases under their own label. It might seem to make more sense to drink rosé in the Comanche heat than to make it there, this Mourvèdre-based pink defies the odds; rose petal, strawberry, melon, and citrus pith make it the real refreshing deal.