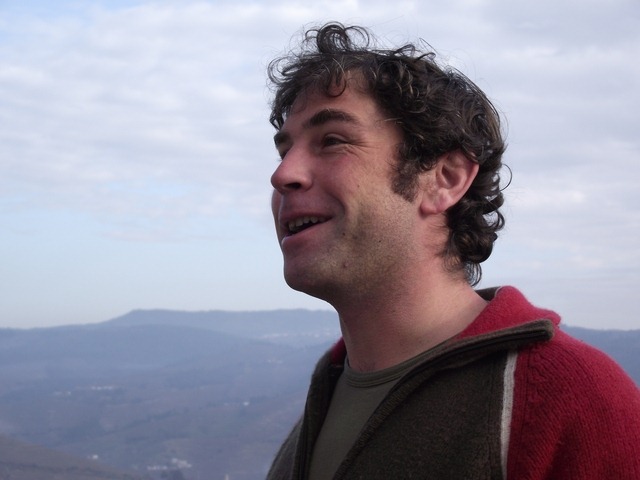 In this case, it’s best to experience Edlmann’s rare combination of passion, humor, pride and frustration directly from the man himself, and so I’ve included a short (10 min.) video of Miles explaining the trials of Port wine viticulture and production (below, no testicles involved).  Edlmann told me quite confidently that “if you can do viticulture in the Douro, you can pretty much do viticulture anywhere” and while statements like that may seem a bit boastful, after considering the challenges of soil (brittle schist), topology (at least three styles of steep terraces that making mechanization difficult or impossible), conditions imposed by some areas being a UNESCO World Heritage, and the red tape of the Portuguese government… well, the boasts don’t seem quite so boastful as they do proud but beleaguered.

The fruits of the difficult labors happen to be some fortified wines that are nearly as stunning as the difficult Douro terrain itself – an area so beautiful that words do it little justice, and so I’ve also included several photos (also below, testicles excluded of course) that ought to be worth a few thousand extra words at least.

Warre’s Otima 10 Year Old Tawny Port (Porto): This wine has been shakin’ up the entry-level Port world lately & with good reason; it’s a total bargain. I wouldn’t have expected such a combination of oxidative nuttiness and dried fruit to be so drinkable and approachable (but there it is!). $20 B

01 Warre’s LBV Port (Porto): Finishes tough but comes on fresh, dark & beautiful when it wants to. It’s a nice middle-ground for those who are looking for Vintage Port quality at non-VP prices, and especially for those looking for a good balance between Port’s feminine (spicy, fruity) and masculine (gripping tannins) sides. $25 B+

01 Quinta da Cavadinha Vintage Port (Porto): Like a dark, spiced, dried-fruit dessert, only about one billion times more complex. I may indeed have the price all wrong on this as it’s not yet hit the market, but if it’s not far off the mark then this will be another bargain.  It’s extremely focused and the long finish carries a kitchen-cupboard-load of spices with it. $35 A-

9 thoughts on “Testicles, Terraces and Red Tape: The Trials of Port Production in the Douro (1WineDude TV Episode 24)”