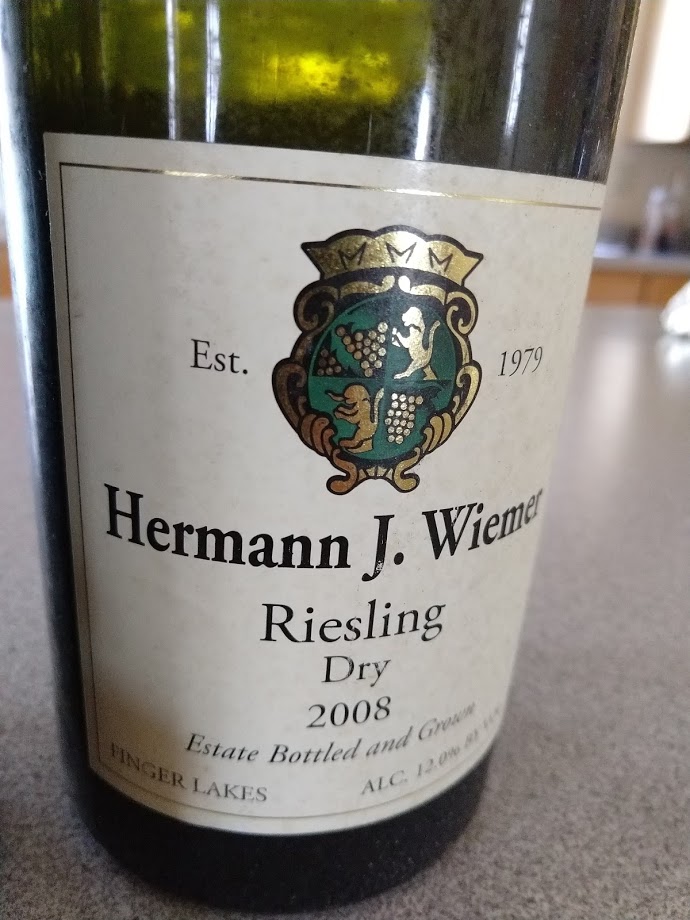 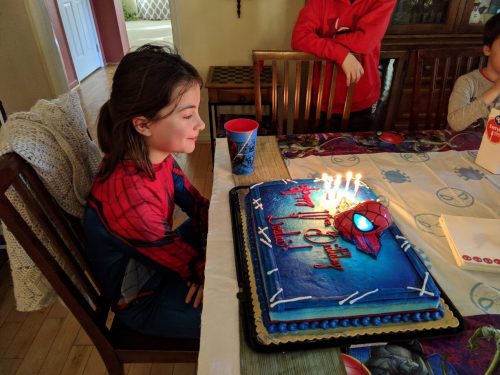 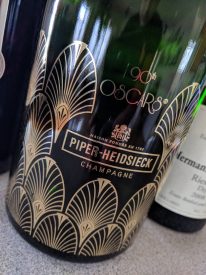 For my daughter’s birthday, generally I host a fairly large party; while there is a theme (Spider-Man this year – see inset pic – because my kiddo is awesome), and while there are plenty of kids (usually about a third of the 20-30 guests), it’s not a kiddo party per se. It’s just an old-school neighborhood gathering that happens to be hosting a good number of children.

There are some fun things for the kids, but the adults get treats, too; in this case, usually wine from whatever magnums I have lying around the sample pool (the last few years, including this one, have featured the special Oscars magnum release of the perennially delicious NV Piper-Heidsieck Brut Champagne). So usually the adults are in good spirits at this shindig, despite the fact that there might be ten or so kids throwing foam airplane party favors at their heads. And, No, the kiddos don’t get to have any of the wine (I’m selfish that way).

Anyway, I also often (but not always) break out a birth year wine (my daughter’s birth year, mind you, not mine) if I happen to have one on hand. And this year’s selection happened to tick both the Magnum and Birth Year boxes…

It’s a rare occasion when I’ve got a bottle on hand that I paid for with my own hard-earned coinage, but that’s what happened when I was in the Finger Lakes area, visited Wiemer on Seneca Lake, and paid $45 for an Alsatian-style magnum bottle of their Dry Riesling, which clocked in at a whopping 12% abv. I don’t remember much about buying this (and yes, I was sober at the time), other than the fact that I had to stand in line at the shop to procure it. 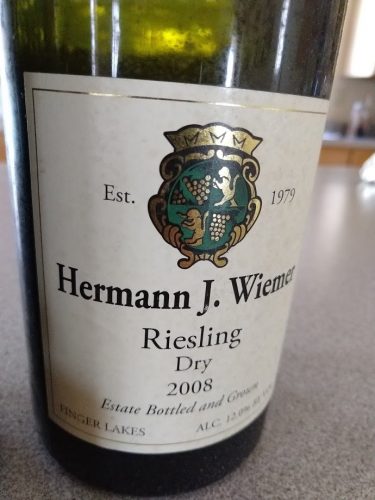 If you’re wondering about the provenance of said magnum, it was transported from the winery to my basement, where it has laid in repose ever since. Despite not having any concerns about how the bottle was treated, I was a bit skeptical of how it would fare once opened; I mean, FLX Rieslings are the shizzle, but a ten-year-old one from a time period in which the region wasn’t yet a media darling? It could’ve been deader than Lincoln.

Happily, I can report that this thing wasn’t just drinkable, it was superb. It still had lime-and-lemon fruit and pithiness, zinging acids, and a nose that you wanted to sniff for hours, all honey blossom, lime, slate, and hints of petrol and toast. I drank way, way, way too much of this racy, elegant stuff, and I don’t really regret it at all. If you’re ever in the market for older FLX Riesling, I’m hoping that this example is enough to help you take the plunge.