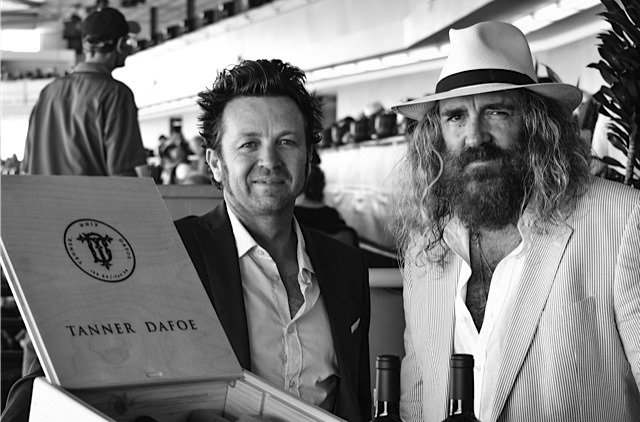 Question: What do you get when you cross a law-school trained producer of films and commercials with a former professional mountain snowboarder? 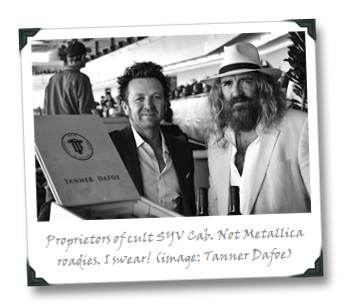 In the case of Tanner Dafoe (named after Jeff Tanner and Rob DaFoe, the producer and snowboarder, respectively), you get some fairly complete and substantial Cabernet Sauvignon priced like the California cult red that it is, only (blessedly) with more acid.

What, you didn’t see that one coming?

That Tanner Dafoe can price their (very) small production wines (less than 200 cases for the most part) the way that they do (over $100 per bottle), and yet produce Santa Ynez Valley Cab so complex that the lofty price tag seems justified, is a bit of a minor miracle in the high-end CA wine world. Based on the uncorked contents of a large wooden box full of samples that I received recently from this duo, the hype surrounding their mini-cult endeavor ought to be entertained seriously, if not believed outright.

Even if the guys look like a pair of Metallica or Rolling Stones roadies (sorry, somebody had to say it… c’mon, just look at that picture!)… 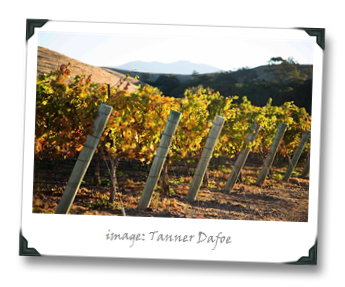 The rocky, southern-facing vineyard spot that Tanner Dafoe calls home in Santa Ynez Valley sits on a rocky hillside that must have at least a little bit of special grape mojo going on; there’s not much else that could be used to explain how they got their inaugural cabernet effort – from the 2009 vintage – so right. But as you will see from the tasting notes below, right they got it, indeed. That they started the endeavor on a bit of a lark, after discussing a shared passion for CA fine wine juice, makes the well-executed results even more remarkable.

For the more budget-minded, Tanner Dafoe also offers a Bordeaux-style red called “Rogue’s Blend” that is lush, opulent, tasty, and structured – a sort of shot-glass version of the larger patina of elements on display in their more expensive Cab-only red – that clocks in at a “mere” $75 per bottle (and it’s just about worth it, too).

Following are my thoughts on TD’s first three releases (as tasted from my sample pool). Try not to drool too much on the keyboard when you’re reading these. All are about $110 or so per bottle, all made in quantities under 200 cases total, all clock in at just over 14% abv, and all see over two years of aging in French oak:

Basically sold out, and what a shame. This is multi-headed hydra of a wine beast, if that hydra were beautiful in its raw power. The first thing that struck me was that this wine was like the typical cult CA Cab, only with less booziness & more acidity (both good things). Tomato leaf, mint, sage, dried herbs, stewed plums, lots of juicy red and black fruits, and power to spare. Delicious above all else, there is rich cassis, a velvety mouthfeel, and a palate that’s showing just enough structure to suggest some serious aging potential still to come. While I wished that the finish was a tad longer, it’s mouth-watering and excellent, and about as complete a red as you can make from a single variety that is single-sourced from one vineyard. 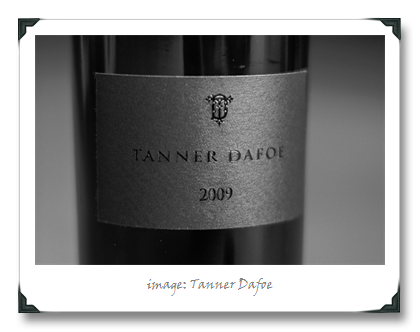 I was worried for a bit that, after the stellar 2009 example, 2010 was showing a sophomore slump. But that would be discounting the wine for what it is, and what it is is a softer and silkier take on the same themes present in the 2009. The dried herbs and sage are there, as is the tomato leaf action, and the intense cedar spices. But there are also darker themes afoot here vs. the 2009; blacker fruits, denser expressions. This is a Cab that’s serious, but also seriously sexy, and comfortable in its own skin. 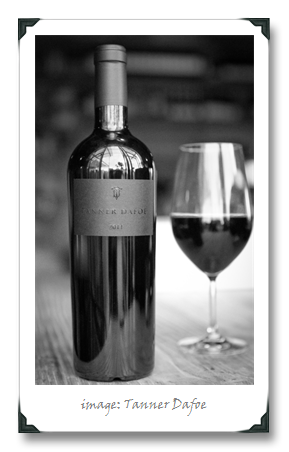 This is the vintage that probably shows the most raw promise of the three TD Cabs to date. At first, it’s all over the place aromatically; at turns confounding, at turns beguiling. Then, things settle in and display vibrant, juicy red and black plums, more of that textbook cassis, but with a layer of minerals & bell pepper that was largely missing from the 2009 and 2010 incarnations, followed by the dried herbs and sage that this vineyard thankfully cannot seem to shake. The palate is brooding and demanding, showing heft and power but also great length already. This is more potent and leathery than the 2009, less overtly sexy than the 2010, and seemingly much more serious overall about its intentions. It’s excellent stuff, ready to wow, but not quite ready to wow at full throttle just yet.

14 thoughts on “A Few Hundred Bucks Worth Of Cult California Cab, Definitely Not Made By Metallica Roadies (Tanner Dafoe Recent Releases)”