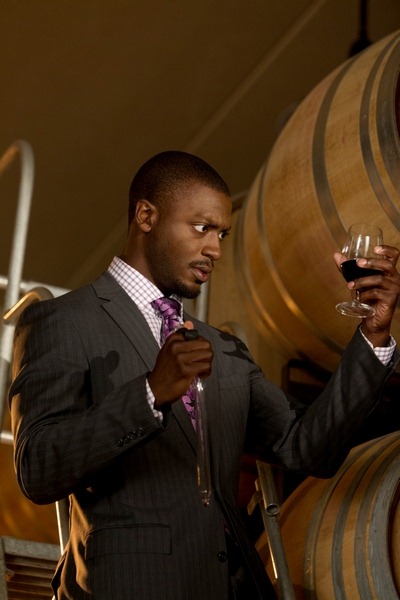 What’s the point of drinking something that makes you thirsty? – Aldis Hodge

Hollywood’s got no shortage of wine tie-in attempts. Most fall prey to one of two tired clichés: either they play off of some outdated wine snob douche-baggery, or they over-emphasize the romantic ideal of winemaking to the point that it would make most winery owners I know laugh their asses off and then puke into their own mouths (kind of the way I imagine the lawyers I know reacting to most of the crime dramas that have flooded the cable-waves over the last two decades). Far fewer strike the right balance between Hollywood-izing the trade enough to make it entertaining to mainstream audiences, but treating wine and its production reverently enough to get the facts at least somewhat right.

Tonight, I’m hopeful that we might get to add one more Hollywood wine attempt into the “balanced” column, when TNT’s Leverage takes on the topic in a new episode titled “The Corkscrew Job,” in which the team of reformed con artists (starring Academy Award winner Timothy Hutton, along with Gina Bellman, Christian Kane, Beth Riesgraf and Aldis Hodge) swindles a corrupt winery owner whose workers are collapsing (maybe he uses too much MEGA PURPLE?) out of a priceless bottle.

I watch little TV apart from Burn Notice, which doesn’t count since I only watch it because Bruce Campbell is a legend (a deal he sealed by his turn in Army Of Darkness). I do, however, often watch Leverage, finding it entertaining and well-acted.

As luck would have it, one of the show’s stars, Aldis Hodge was available; and so I give you a few minutes of wine-related talk with TNT’s young Leverage star. Enjoy – and if you’re so inclined, tweet me up tonight when the episode airs!…

1WineDude: “The Corkscrew Job” episode of LEVERAGE centers on a priceless bottle of wine; have you had any wines that you’d put in that “priceless” category (either because they are rare, or just somehow special to you)? 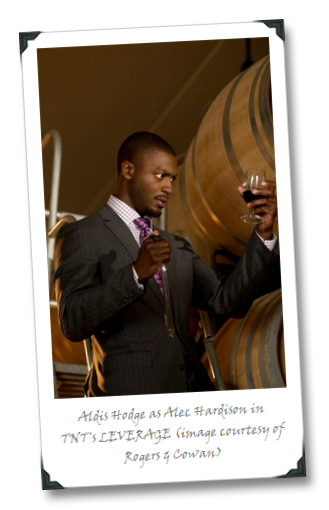 I treasure my stock of La Baleine, because they make a special blend of reds that they don’t duplicate. I believe every year there’s a new batch with a subtly new flavor. That batch that I have I won’t be able to get again, and it’s gooooood, so I’m very conservative with how I drink it. I want to keep it around for a long time.

1WD: Any wine regions or wines that really excite you right now?

AH: I like wines from Oregon, and French wines right now as well.

1WD: What’s the worst bottle of wine you’ve ever had?

AH: I can’t remember the name, but I had a bitter glass of red that made my mouth so dry after every sip I had to chase it with water. I was annoyed – what’s the point of drinking something that makes you thirsty?

[ Editor’s note: that’s just about the best-stated argument against overdone reds that I’ve ever heard! ]

1WD: What do you and the cast of LEVERAGE like to drink after you wrap up work on the show?