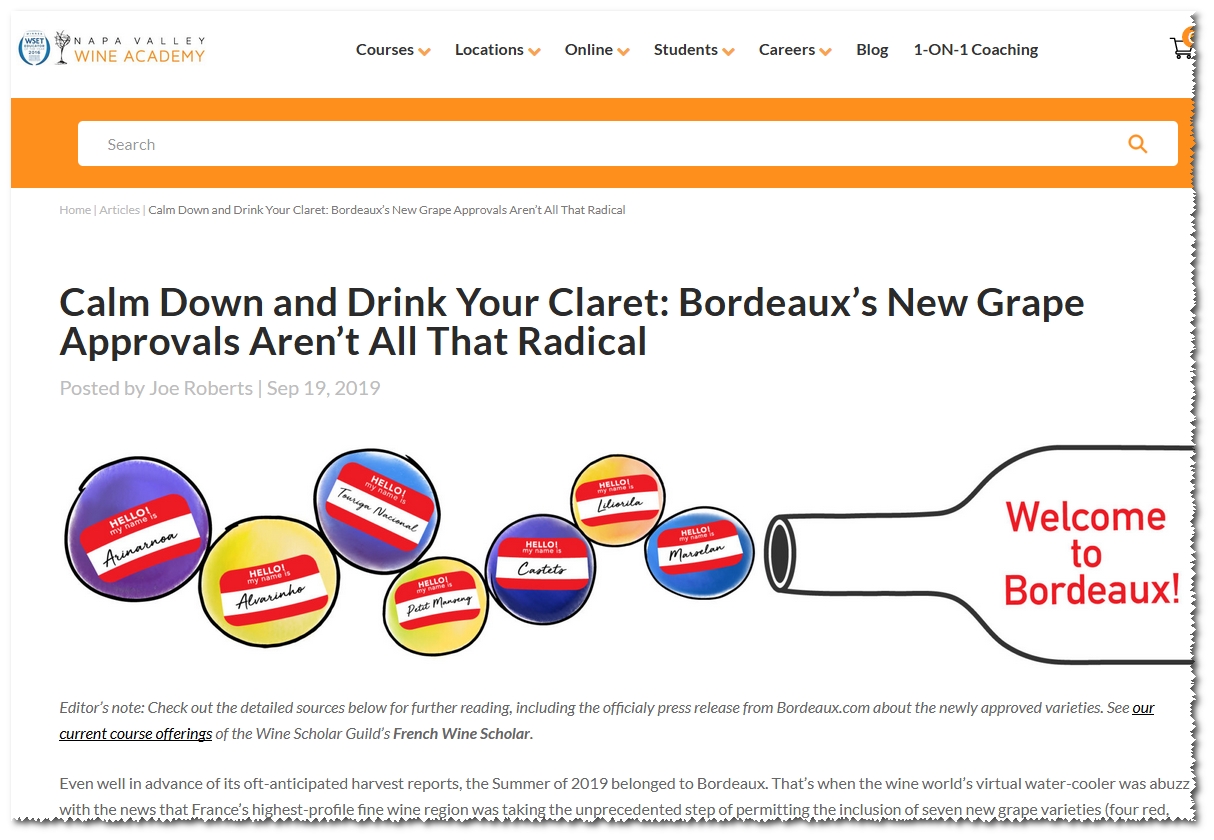 You claret lovers just need to chill the F out…

That’s the major message in my latest piece for the Napa Valley Wine Academy blog, titled Calm Down and Drink Your Claret: Bordeaux’s New Grape Approvals Aren’t All That Radical.

Those of you reading this will most likely have heard the news that Bordeaux is on the cusp of formal approval for allowing several new grape varieties in some of its wines. We break this news down into its salient points over at NVWA, distilling it into the major takeaways.

Not to go into too much spoiler territory, but in summary you should worry less about the impact to your First Growth futures, and focus instead on the messages that Bordeaux is attempting to send with this news, which include poignant points about climate change, practical issues of farming, and a chipping away of the region’s reputation as a staid, intractable wine juggernaut (even by French standards!).

Head on over, have a read, and feel free to heckle me mercilessly!