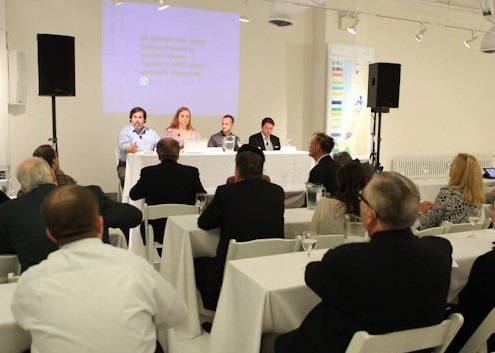 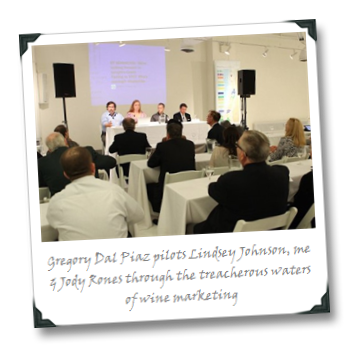 Can social media be used as tool to drive sales for wine retailers, distributors, and importers?

Despite the fact that even well-attended and publicized retail events don’t seem to be moving umpteen cases of wine, the consensus answer seems to be “Yes – with caveats,” based on a panel discussion I took part in recently in New York.

The title of the thirty-minute sessions was Wine Marketing in the Digital Age – I shared the table with with Jody Rones from Thrillist.com (a daily email marketing blast with a ridiculous number of subscribers), Lindsey Johnson from wine PR mavens Lush Life Productions, and Gregory Dal Piaz of Snooth.com (Editor in Chief for the one of the largest wine websites in the world – he chaired the session).  The panel was part of a sponsored event by Wines of Chile, who concurrently put on a pretty kick-ass grand tasting of something like 300 Chilean wines, of which I had time to taste about twelve before having to hoof it to Penn Station to catch a train back to the ol’ dancin’ waters of Philly.

Thirty minutes isn’t a lot of time to cover such a potentially diverse and broad topic, but it won’t surprise 1WD readers that I said “screw it, I’ll try it anyway!”…

A major theme that came out of the discussion (attended mostly be those ITB – in wine sales, distribution & importing) was that treating on-line engagement (via social media) as somehow different or alien to off-line engagement is, of course, the wrong way to go. As in, one-way-towards-the-collapsed-bridge-with-no-breaks wrong, or horror move oh-god-don’t-go-in-the-basement-the-evil-homicidal-maniac-IS-DOWN-THERE-WAITING-FOR-YOU-I-can’t-look-tell-me-when-it’s-over! wrong. 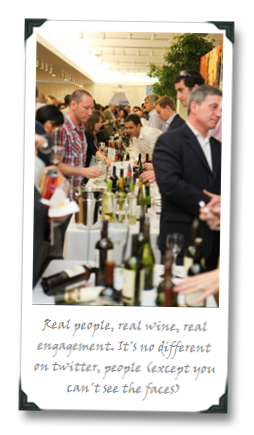 Which isn’t to say that I’m somehow smarter than anyone else, it’s just to say that I don’t understand why engagement with people – which really is the whole point of being on social media tools like facebook or twitter – should be any different on-line than off.  We’re still talking about people on the other end – it’s just that instead of being on the other end of a handshake or telephone call, their on the other end of a tweet, facebook wall post, or email message.  In fact, most of us who are old farts… ahem… more matured than the majority of the Millennial generation have already gotten used to this kind of human-interaction-at-a-distance as done through email.  It’s not like once someone is on twitter they suddenly are monkey alien beings from another galaxy or something.  That more-or-less sums up the gist of what I tell people when I’m asked how I built up a following for the blog around the topic of wine – I didn’t really build up a following, people passionate about wine built up a fun community and 1WD happens to be one of the convergence points.

Get out of the way, facilitate, don’t force it – and let it happen naturally as a result of engaging those passionate peeps.

The caveats, of course, are that work has to be done one-one-one, and the payoffs are longer-term (loyalty and high-quality interactions via an organic, slow growth of a group that might not be extremely large, but wants to engage with you).  And, if you want to stand out among the crowd, you need to get as geeky as possible on the things that really differentiate you, because the on-line world is not kind to generalists.  If you specialize in Hungarian table wines, then you need to be the most kick-ass, geekiest Hungarian wine-lovin’ fool out there to stand out and provide value to the people most interested in what you have to offer.

I’m no Nostradamus either for bringing up these ideas, by the way. Tons of social media and marketing gurus have said this for a few years already. But people always seemed surprised to hear them.

A example: After the panel, I was approached by a attendee who makes his living in the wine sales world, and over a glass of very decent Chilean wine from the grand tasting, he told fellow panelist Jody Rones and I that our discussion helped him to realize something.  What he said he realized was that the on-line world is just a vehicle for reaching real, off-line people – some of the specific rules of engagement are different on those platforms, which might be why people make the mistake of, at first, treating them as somehow fundamentally different than off-line engagement; but it’s just good old-fashioned one-on-one engagement at the end of the day.  And he was already pretty good at doing that. 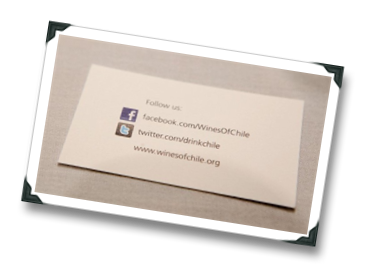 “I can do that!” he told us, clearly invigorated (or maybe buzzed… or both!).  Here’s a guy who’s been successful doing that over luncheons, meetings, telephone calls, and email – of course he could adapt those successful tactics to engaging people directly on twitter or facebook, given enough time.

I told him that, to me, he’d hit on the key point, the real takeaway gem of the discussion.  The brief exchange made me happy – it gave me hope and some reassurance that I was earning the paycheck I’d receive for sitting in on the day’s panel.

He then told us about someone he works with for whom various favors were done, such as providing her person’s company booth space at wine industry events, gratis.  She never offered any favors to his company in return, and never said “thank you,” which (rightfully) pissed this guy off.  “We’ll never work with her again,” he said, “neither will anybody that we work with, either.” 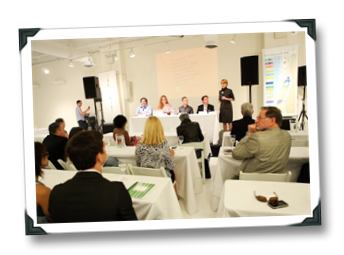 “Imagine how fast that negative word would get out about her company on twitter and facebook,” I added – same issue, same violated human expectations of shared benefits and mutuality, just a different (albeit faster) platform for getting the word out (even if the word is negative).  Nobody likes to work with ungrateful people – and if you’re ungrateful, you no longer have the benefit of lag time before people call you out on it; the word is gonna get out about you really, really fast on-line.

When we parted, I just thanked him for his comments and said goodbye – I didn’t need to wish this guy good luck.  I figured, if there’s only so much luck to go around, then I’d better reserve for the people who aren’t (and maybe never were) even close to this guy in terms of “getting” the concept of engagement.