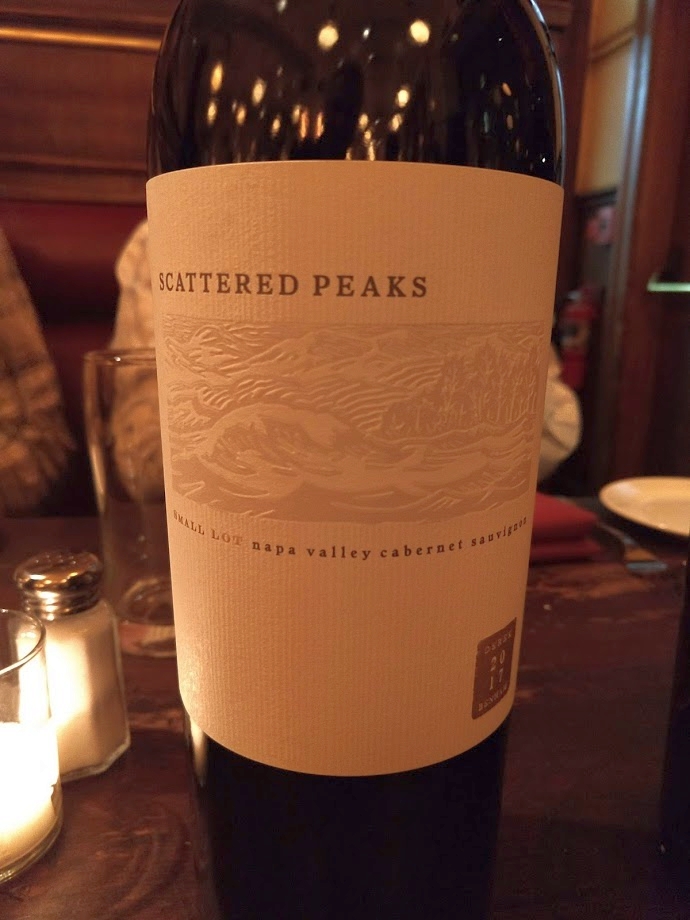 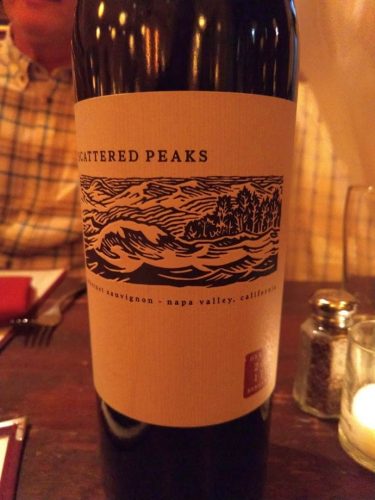 Over steak, frites, and pre-pandemic wine world sh*t-shooting, Robert, Joel and I tasted through some of those aforementioned Scattered Peaks bottlings. Some background: Joel was brought onboard the SP project in 2017 by Derek Benham, the über-successful North Coast vintner behind Purple Wine Company.

“I was involved in vineyard sourcing, selecting barrels, the whole lot,” Aiken told me over dinner. Unsurprisingly, those vineyard sources include Rutherford fruit, which happens to be Joel’s specialty. Scattered Peaks is pitched as a passion project, as Benham “didn’t want to be in it just to get scores or make ‘Parker wines'” Aiken noted.

The brand name was chosen as a reflection, in part, on the personalities of Aiken and Benham. “He’s larger than life,” Aiken said, “he jumps out of helicopters on to peaks that he skies down, and is a big surfer.” Hence the Peaks references.

The wines mirror the men: in some ways larger than life, but with Joel’s penchant for weaving Cabernet elegance making things approachable and down-to-earth…

Sourced from Pope Valley, Gordon Valley, and Round Pound in Rutherford, and balanced between taught structure and broad, powerful fruitiness, this is one of those rare Napa reds that you can enthusiastically recommend even though it’s in the crapshoot-price-territory of under fifty bucks. Dark fruits abound over a juicy, gritty core (think tangy currants and plums). The tannins are ample but mature, long, and smooth. Licorice, cocoa, and anise notes give this good complexity, but at it’s heart it’s a guilty pleasure Cab. 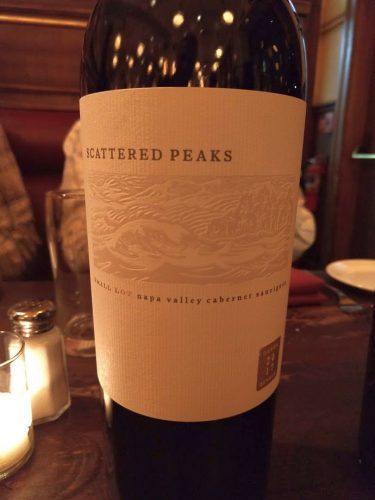 Fruit from two vineyards were used in this high-end release: about 56% from Morisoli (in Rutherford… duh) and the remainder from Sage Ridge (in Howell Mountain, near Pritchard Hill). This is tiiiiiiiiight, and yooooouuuuung. The fruits are all dark and lush, with black cherries and blackcurrants, and the aromatics are herbal, with dried sage, licorice, and even some black olive hints. The dusty, firm tannins are “well-behaved” as Aiken put it. 22 months in French oak give toast and coffee notes, but they’re nowhere near being obnoxious. Where this really makes its mark, however, is in its texture: round, fleshy, and long, without ever feeling unwound.