Australian wine has become the red-headed stepchild of the fine wine world. But the ginger brat is still alive and kicking, people. 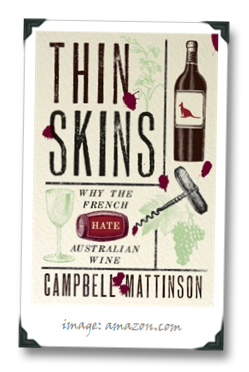 I can hear the Aussie wine biz calling out from the cart, like the old man in the “Bring Out Your Dead” skit of Monty Python’s Holy Grail: “I’m not dead!… I think I’ll go for a walk… I feel haaaapy!!!”

[ Editor’s note: speaking of Python, anyone remember their old “Aussie Table Wine” bit, based on the idea that fine wine being made in a place like Australia was so laughable that it could be used as premise for a comedy skit? Who’s laughing now? ]

The general zeitgeist of the wine cognoscenti (at least lately) is that Aussie wine (particularly the much-maligned Shiraz) consists of overly-dense, brutish, syrupy, overblown, Port-without-the-charm and generally overpriced vino on the high end, and sugary, soda-pop-wannabe plonk on the low end.

Like most myths, Aussie wine’s death is based in some semblance of truth – but I am growing increasingly convinced that it is exactly that: a myth. Why? Because increasingly I am running into Aussie wines that are anything but plonk, and are a far cry from charmless saccharine plum-sauce.

Sure, Australia pumps out plonky, low-end crap by the Brobdingnag-esque tank-load (literally) – but name me one major wine-producing country that doesn’t do that. As for the high-end, the gems – the wines that truly speak of place and do have charm to spare – well, they are there, you just have to know where to look for them (just as you have to do in every other wine-producing card-carrying U.N. member country).

So what happened? Why are consumers and critics alike turning away from Aussie wine faster than a wombat would turn away after catching a whiff of a stark-raving-mad and starving dingo on the hunt? According to some, the stigma for Aussie wine is mostly Robert Parker’s fault; or, rather, the culpability rests with an industry that got too greedy and built production – and prices – up too fast after Parker anointed a few heady styles of Aussie low-production reds with near-perfect scores while at the apex of his influence in the 1990s. That’s the premise behind Campbell Mattinson’s excellent Thin Skins: Why The French Hate Australian Wine…

Thin Skins (I recently received a review copy) is a wildly-entertaining read, which I judge primarily be the number of Mattinson’s phrases that I wanted to steal and use on this blog (I lost count in the first fifty pages or so). Mattinson has a penchant for simultaneously being boorish, poignant, charming and hysterical all in the same sentence. Case in point: few male wine geeks could argue with his description of falling head-over-heels for wine (“my heart got an erection… it was like losing my innocence, and starting a war, at once”).

While I don’t agree with all of Mattinson’s conclusions and premises about the most recent rise and fall of the Aussie wine biz (particularly his penchant for blaming the snobbery of influential wine personalities in other countries – the same sort of snobbery that makes the previously-mentioned Python skit so damn funny, I suppose – for keeping Aussie wine “in its place” globally), I just couldn’t put the book down. Mattinson has managed to weave a manic pastiche of a tale that somehow ends up being a page-turner for true wine geeks. He also knows his shiz (his take on some of Australia’s best producers feels right on the money, for example – enough so that I fond myself wanting to head out and buy the recommendations of his that I haven’t yet tried).

If Thin Skins has a theme, it’s summarized in the first five pages when Mattinson says this about the current state of Aussie vino: 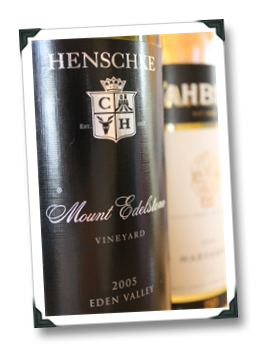 And he’s 100% right. There are remarkable wines being made in Australia, and dismissing them flippantly because a few too many producers got bitten by the money bug and tried to make tarry, Parker-pleasing reds in chase of high-scoring fame and fortune, even if they didn’t have the fruit to do it properly – well, it’s just as stupid as saying that because DRC is located there in Burgundy then all Burgundy is sublimely good (it’s not, by the way). Thin Skins is worth a read, because it does for Australia what Evan Dawson’s Summer in a Glass does for the Finger Lakes, which is tell the story of that wine region in a deeply humanistic way; and when you’re done, you’ll feel as though you know – deeply, personally, glimpse-into-the-soul know – some of the characters that make that wine region what it is.

If you want some proof of Aussie wine’s potential to charm and surprise at various price points, here are two recent examples from my sample pool:

Ok, Nagambie Lakes is certainly off the beaten path when it comes to most Americans’ experience with Aussie wine – but in this case, it’s a trip worth taking. Tahbilk’s Marsanne plantings were established in 1927, which puts it in the running for oldest Marsanne plantings worldwide. This beauty doesn’t see even a touch of oak, and the result is diamond-like clarity of Marsanne’s tropical peach and citrus fruits, along with a hint of Nut-N-Honey (remember that stuff?). For under $20, you’re getting something that will rock Asian-style fish and give you just enough of that familiar-yet-strange charm to keep things interesting, and the added bonus of a white wine that will very likely age well for a few years and develop more of the honey character that some people prize in Marsanne. All in all, it’s about as far from “dead” as a you can get.

Yeah, yeah, I know – at $110, it ought to be really f*cking good. And it is really f*cking good. It’s actually not Henschke’s most expensive juice (that distinction goes to their Hill Of Grace Shiraz, which clocks in somewhere around $300 per bottle), but word on the street is that it’s nearly as good as that and for 1/3rd the coin. The vines are 90+ years old, ungrafted, dry-farmed and the fruit lives up to the vineyard’s name (which means “gemstone”) because their result, my friends, is a true gem. Yes, it has a ton of plummy fruit – would it really be Aussie Shiraz if it didn’t have that? – but it is not concentration (or syrup!) at the expense of finesse, complexity, or longevity. There’s a savory element here, along with anise, spices, and an opulent amount of dark chocolate – it’s like being served one of those 70% cocoa bars, but it’s given to you by angels in the fields of Elysium. And the finish is longer than a flight from JFK to Sydney. In other words, it’s a stellar achievement – balanced, gorgeous and yet true to the place and spirit of Australia. It’s also no the work of a terminally ill wine outfit.

With wines like that, I’m not out to write off the Aussie wine biz quite yet, people.

Here’s a closing thought: if the Aussie wine biz failed to ask themselves “what if things can’t go up from here?” and suffered as a result, what sort of questions should the Bordelais be asking themselves right about now?

18 thoughts on “Reports Of Australian Wine’s Death Hath Been Greatly Exaggerated, My Lords”