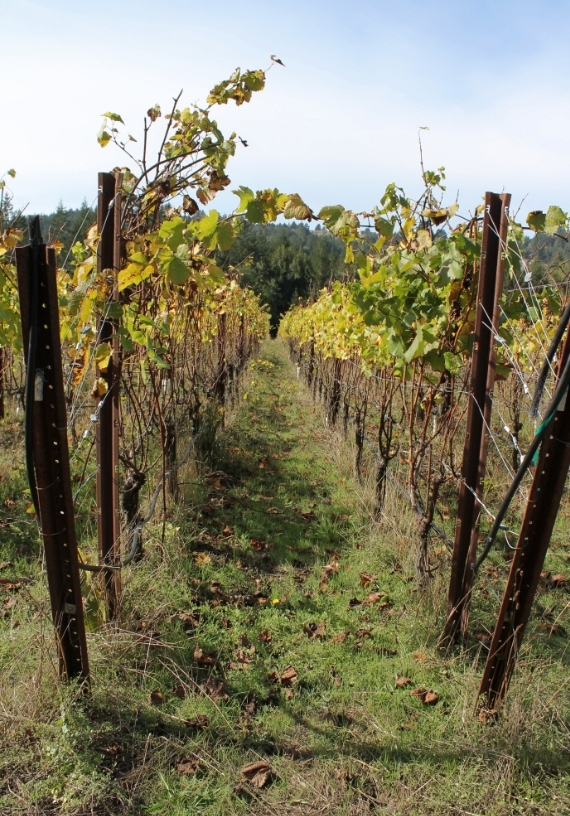 I have (among other things) been described as peripatetic. 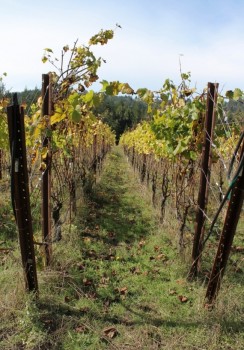 That adjective is apt, but as peripatetic as I can be, I pale in comparison to Red Car‘s tall, thin, and quick-witted General Manager Peter Willmert. Willmert, along with winemaker Carroll Kemp and vineyard manager Adam Carter live, breathe, and seemingly sleep (if Willmert actually settles down long enough to do that, I mean) all things Red Car from their small spot on Graton Road in Sebastopol.

Like Willmert (who is fond of jumping quickly from topic to topic, somehow without losing an ability to take deeper dives along the way), Red Car has been in more or less constant motion in its relatively brief history.

“I like the acidic, crisp style,” Willmert told me when I visited. “One part of the [ Red Car ] evolution was getting out of the Central Coast; we’ve left a trail of warmer vineyards, and moved everything to the Sonoma Coast. Since the 2000 vintage, the wines have been pretty consistent.” It helps that they’ve got dedicated vineyard staff (as he put it, “I’m a control freak. And Carroll’s a control freak”). Somewhat ironically given Willmert’s penchant for rapidly bouncing between topics, Red Car’s wines have arguably never been more focused and singular of purpose.

What he means is more lithe, energetic, and focused on premium. Much of the source material for Red Car’s wares come from vineyards that are surrounded by orchards and redwoods (and gophers), within spitting distance of the sea, in areas that were long though too cool to house “serious” viticulture. Judging by the wines I tasted, those early pronouncements were dead wrong…

Since these are wines tied directly to (smallish) place, let’s take this vineyard by vineyard, shall we? 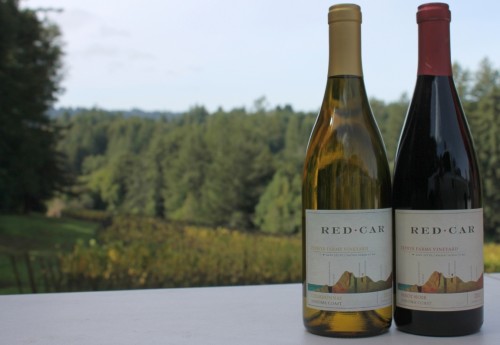 A cool site at around 525 feet in elevation, Zephyr is a mere seven acres planted primarily to Pinot Noir, with sandstone and loam soils. And gophers. Not much Chardonnay is planted here, which is a shame, because I know some Chablis that’d be at least a little jealous of this lithe, energetic, and toasty wine. Apples, lemons, chalk, and, well, deliciousness.

Restrained and grippy, this is layered stuff. Tea, pomegranate, herbs, dark berries, leather… Throughout it all are a spiciness and a brightness that are both lovely. Yeah, I actually did use “lovely” there. 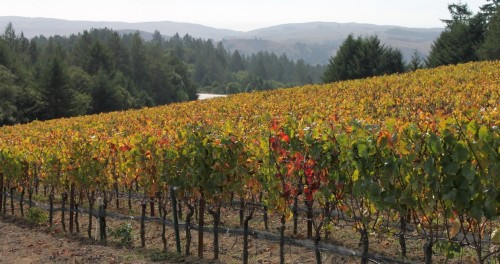 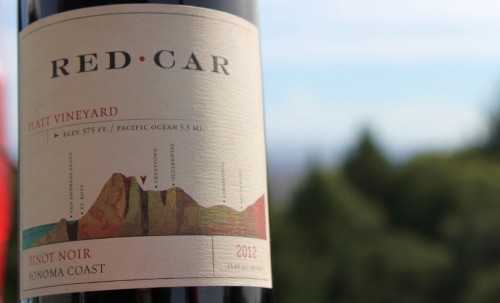 The late Lour Platt (formerly of Boeing), was apparently “looking for the U.S. ‘DRC'” when he picked this spot, five and a half miles from the Pacific, to plant vines in 2004. Since then, the vineyard has been “farmed like a garden” according to Willmert. He also mentioned that “everything we’re trying to do with the reds is about aroma and perfume,” and with this Pinot they’ve hit the mark in that department. Drk berries dominate at first, then tea comes into the picture, then perfume and dried spices. The palate has a nice silkiness about it that lends tension against the grip of the tannins, but the overall impression is full of lithe energy. It’s very young stuff, and very excellent stuff. 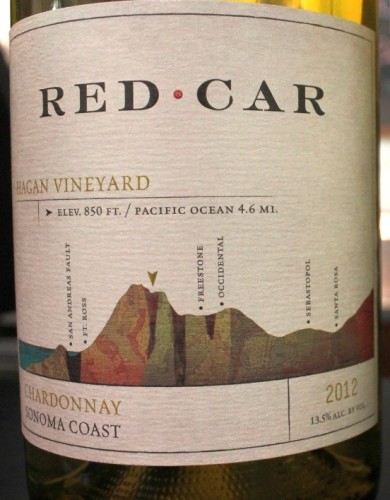 A mere 4.6 miles inland from the coast lies the Hagan Vineyard, at around 850 feet in elevation, which allows a decent view of the ocean from the vines, who more or less have line of sight to the sea from the spot. The vines are young, which belies the seriousness and linear focus of this excellent Chard, which is almost Chablis-like in its nose (though with a hair less chalky minerality than its French spiritual cousin). Apples, cream, ripe pear, and a lovely palate that is super-fresh in the non-chain-store way. Citrus peel and toast ride out the lengthy finish. I found myself daydreaming a bit about how much potential this spot has for Chardonnay.

400 cases were made of this 2012 Pinot, which has some not-to-be-trfled-with aromatic complexity behind it. Citrus peel, cherry and dark raspberries, pepper, spices, dried herbs, tea leaf… The nose is the most perfumed of the RC Pinots that I tasted, and the mouthfeel is serious and seriously great: energetic, pithy, and grippy. 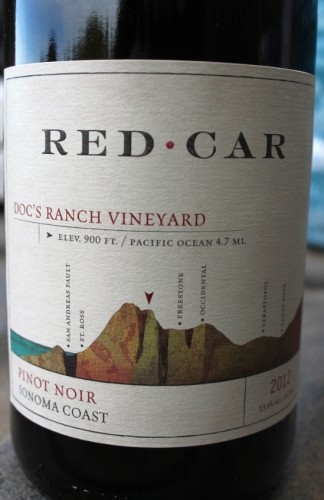 These vines are on seven acres of fairly hilly plantings, and the resulting wine is maybe Red Car’s “deepest.” It’s certainly one of their more savory Pinots, with richer red fruits, though still sporting their calling cards of herbs and tea. There’s a touch of earthiness here, too, and spiciness that comes much later on the nose. The palate is tighter and quite young, brambly, and demanding (for now, at least… be patient!).