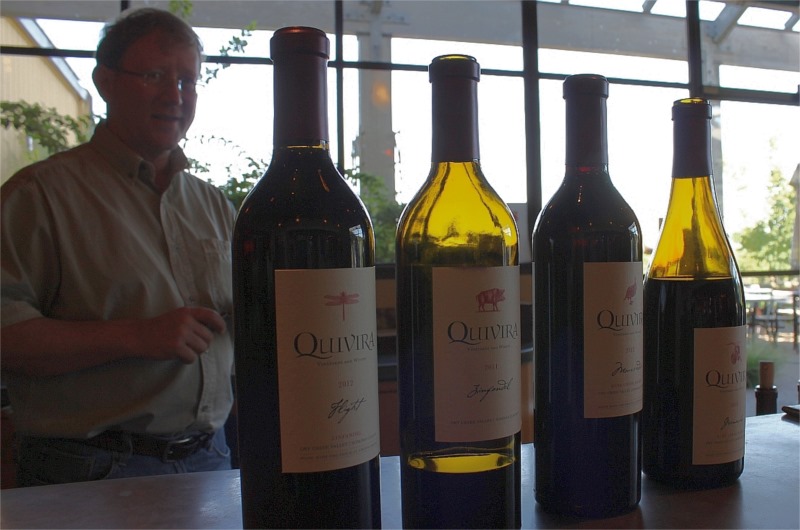 Ask Quivira winemaker (sorry, winegrower, as they prefer to call him) Hugh Chappelle for the Cliff Notes version of their style, and this is what you’ll get: 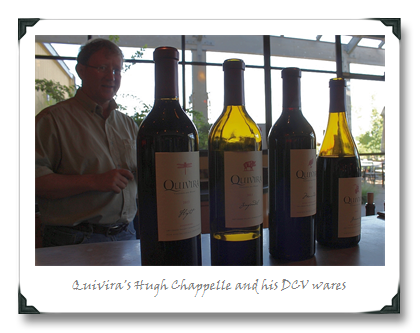 That’s a pretty darned good summation, based on my recent visit to their Dry Creek Valley winery. I should give you a similar Cliff Notes version of the entire Quivira story, before we get into the wines: A corporate drug company executive (Henry Wendt) gets attracted to a spot in Dry Creek Valley in the `80s, and as a avid fisherman gets upset at the decline in fish population in the nearby creek. Conventional farming is blamed, and a move to sustainable farming and Biodynamics ensues in the mid 2000s, after which Pete and Terri Kight purchase the place. Now they have 93 acres planted primarily to Zinfandel, Sauvignon Blanc, along with a smattering of Rhone varieties such as Viognier, Grenache, and Mourvedre.

Which, I think, means that those critics are missing the point of Quivira’s wines, which isn’t about conforming to a preconceived notion of how certain varieties – like Zinfandel – ought to be crafted (presumably into the highest bombast style wines possible). Maybe they’re taking the wild boar on Quivira’s label (a depiction of an adopted pet named Ruby who “died fat and happy” according to the Quivira staff) too literally, and assuming that you can’t make a silk purse out of a sow’s ear? Whatever…

Let me show you what I mean, in so much as describing wines is showing (I know, it’s kind of like talking about sex rather than having it, isn’t it?): 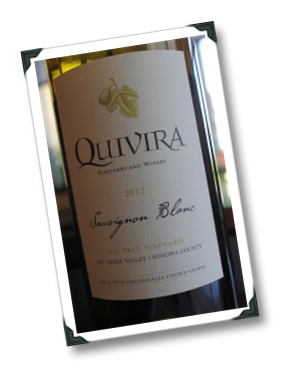 Sauvignon Blanc probably wouldn’t normally be thought of flexing its muscles, but I’ve no better way to describe the fascinating and high quality turn that Quivira has given to this (underpriced) little number. Grassy herbs, rich grapefruit, the entire package is elegant and layered. Interestingly, this wine sees lees contact (evident in the richness of the mouthfeel) and time in Acacia barrels, which one wouldn’t cite as conventional fare for CA SB. But I am not one to argue much with results, and the results in this case are a lovely vibrancy, an excellent tension, and a damn long finish. More like this, please, Cali!

10% Grenache is thrown in on this, and I wanted to highlight this wine because so few producers in the U.S. seem to get Grenache right (in terms of creating a wine with it that makes you want to finish an entire glass). Foudre aged, this has serious minerality to it, as well as bright berry fruit, dark cherry, herbs, and some peppery and savory components, too. Poise and serious power are the hallmarks here. Quivira’s tasting notes start with “No one would ever call this wine refined;” and I am going to go ahead and totally disagree with that, because despite the noticeable back-end structure, this is in fact refined for CA Mourvedre. 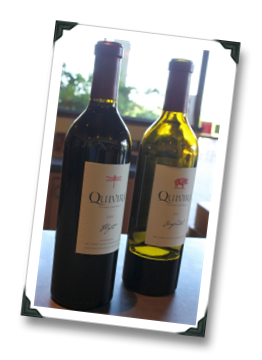 The wine that nobody seems to understand. It’s odd to be describing a Zin as elegant, which is probably why this wine gets misunderstood, but elegant it is. Bright, too, with lots of peppery red fruit, tobacco, leather, spices, minerals, dried herbs, and vivacious energy. The only thing not-so-awesome is the length of the finish, but that is minor cavil territory for sure when we are considering how well-crafted, energetic, and delicious this wine is. Sorry, Ruby, but I had serious thoughts of wild boar ragu pasta when sampling this.

Fruit from eleven lots of Anderson Ranch are used here, to excellent effect. Perfumy, this is Zin that has seriously put on its Sunday best. Spices and brambly, dark cherry fruits jump out of the glass on this, evolving into tea-like aromas and savory notes. It’s deep and intense, as you’d expect from CA Zin in the price range, but way, way more electrifying than you might expect from CA Zin in this price range (speaking generally here; I know there are a lot of low-production exceptions to that, okay?). Best of all, I think, is that this is a Zin that really takes food in order to understand it completely and get your head around it (now, we need to agree that is a quality that is relatively rare in the CA Zin world, do we not?).