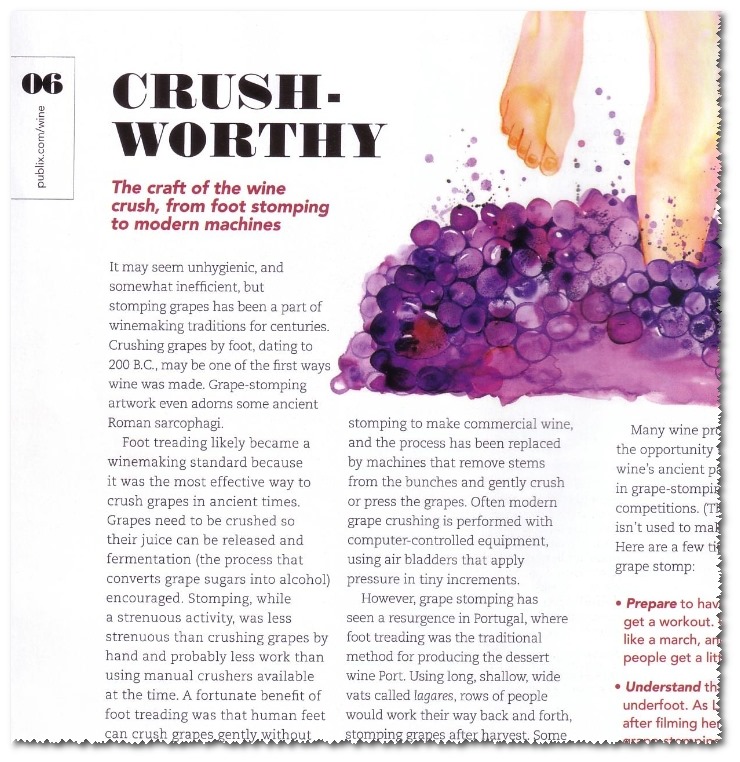 As part of my incessant campaign to annoy the hell out of you by popping up just about everywhere when it comes to wine, I give you two more tidbits in the seemingly never-ending stream of Dude-ness in wine media. Look, at this point, I am kind of sick of me, too, okay? 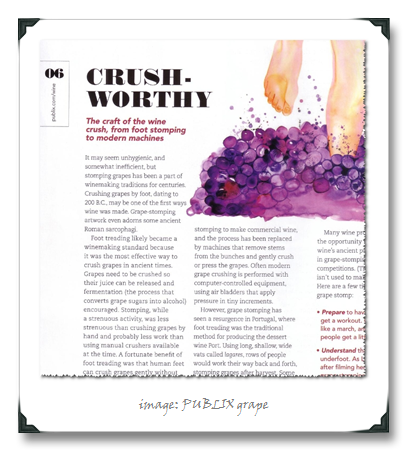 First, I’ve contributed some content to the latest edition of PUBLIX Grape Magazine (for Fall 2014), all of it un-credited (but definitely not un-paid!). My text pops up all over the place in that one, particularly in some of the recipe wine pairings (and, while I didn’t write it, I had a hand in recommending the wine peeps profiled in the On Trend section highlighting Gen Y wine media rising stars, including our very own graduate, the former-unpaid-1WD-intern Shelby Vittek).

But the more significant contribution to this season’s Grape on my part is in the In Focus section, where I provide a primer on the wine crush, from foot treading to modern day machines that somewhat ironically emulate foot treading. Subscribe to Grape (for free) to check it out.

And in case you missed it, I was recently interviewed by TuscanyNow.com, discussing not Tuscany but one of my newest vinous loves, Sicily. Given the bang for the buck of the wines coming out of that island now, and the relatively broad spectrum of grapes that they are able to do well, combined with the entrenched Italian food-and-wine culture that pervades much of the U.S., there’s little reason 9aside from production numbers) why Sicily shouldn’t start kicking colon and taking names in terms of American market penetration. You can read the entire piece at the TN Blog.