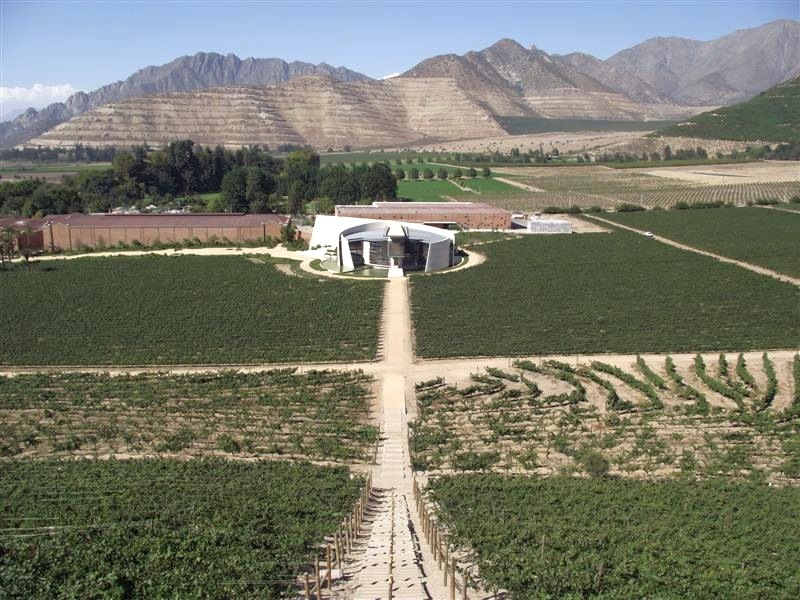 Quick quiz for you: How many times can you listen to a winery’s PR guy mention Robert Parker scores before you want to shove wine barrel bungs into your ears to drown out all sound?

For me, the answer is “somewhere around 25 times,” which is about the amount I endured in the impressive underground barrel storage area of Errazuriz during my recent visit to Chile. I certainly don’t blame their PR for dousing me with the Robert Parker score hose during my visit – Errazuriz are clearly (and justifiably) proud of the accolades that their wines have received; they’ve been at the production of high-end, “icon” wines longer than just about anybody else in Chile, after all.  But… what I had a difficult time with was the relentlessness with which that stream of scores was trained at my poor, unsuspecting ears.

God knows I don’t hate Parker, and I don’t hate wine scores (I find them very limiting, and rife for misuse, but don’t hate them).  While I find Parker’s palate prefers wines that, to me, come off a bit on the brutish side (and quite a few of Errazuriz’s releases fall into that category), I’m sure plenty of people who like the higher-scoring Parker selections likely find my highly-rated selections on the tepid, shy side.

All further proof that you owe it to yourself to learn your own taste preferences before following the advice of critics too closely, I suppose. 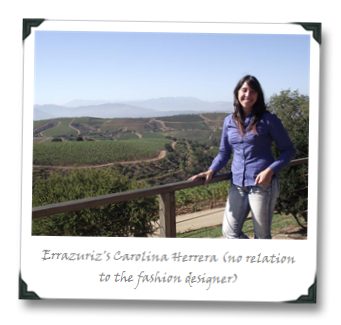 Anyway… back to the cellar of PR pain…

I actually tried to derail said PR person by mentioning (when we were discussing Bordeaux wine prices versus those of Chile’s finest reds) that I’d interviewed Parker fairly recently.  I figured what the hell, maybe telling him I’d had contact with Parker would at least change the context of the current discussion about Parker.  Nope – that tactic had about the same effect as trying to stop a charging elephant with a grade-school-classroom-grade spitball.  So I turned it into a learning opportunity, and the lesson was this:

It wasn’t helping the oppressive vibe any that day that the icon winery at Errazuriz is impressively imposing in its starkness, or that the barrel rooms have brick and calcareous rock that measures up to two and a half inches thick in some places – while good for withstanding Chile’s earthquakes, the whole thing came off as being a bit too overwhelming, and it all felt just a tad old school.

Quite a marked contrast to the experience I had just a few hours earlier when visiting Errazuriz’s western vineyard location, the gorgeous Chilhue Manzanar (“seagull’s place” in Mapudungun, the language of the region’s indigenous Mapuche people) 120 km northwest of Santiago, and mere 12 km from the Pacific ocean… 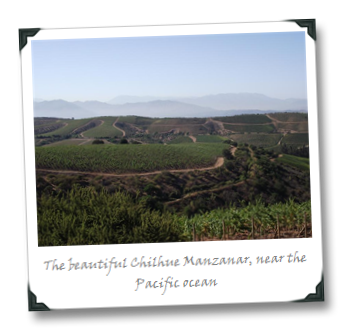 It was at the picturesque Aconcagua vineyard earlier that same day that one of Errazuriz’s newest hires, the young Carolina Herrera (not that Carolina Herrera!), showed me around the location that marks the company’s westernmost (and coolest, thanks to the proximity to the Pacific’s cooling breezes and fog) vine holdings.  The Errazuriz vineyards start here, where the grapes are used for the Arboleda (Carolina’s main focus) and Seña wines, and then stretch eastward along the Rio Aconcagua through the Valle de Aconcagua, towards the city of Panquehue in Las Vertientes (it’s in that area the grapes are grown for the company’s Max Reserva line of wines and one of their flagships, the Don Maximiano Founder’s Reserve).

At Chilhue Manzanar, there was no talk of scores; instead, we discussed far more bucolic topics like Errazuriz’s efforts to preserve the natural corridors used by the local wildlife, how the isolation of the vineyards required establishing a culture (along with the appropriate training) of vineyard work force in the area, and how dry the 2011 year was (even for a relatively arid region like this one).

Looking back, despite the painful barrage of PR sound bites, I’ve got to give Errazuriz a lot of credit – they tripled production in about five years (from 400,000 cases to 1.2 million) and instead of just riding the wave of high Parker scores and pumping out as much big, bold reds every chance they can get, they are full-on into producing cool-climate, lower-priced Sauvignon Blanc and lighter, tropical styles of Chardonnay in their Arboleda line. Gotta give ‘em some props for that.  And it’s not like the big, bold icon reds are anything to sneeze at, either – I’m just not sure how much those bad boys would appeal to those looking for wine with a bit more subtlety.

As became par for the course during my S. American sojourn, the visit yielded some standouts that were also great buys – and at least one big bad boy red that was well-worth its lofty price tag:

Get past the cream & toastiness and through the richness you will find real complexity in this wine, more than you’d suspect if you’ve been weaned on Chards from California that might be as rich but aren’t nearly as vibrant, balanced or complete – and certainly aren’t available for the price.  If I was making CA Chardonnay in the $40-range, I’d be seriously worried – this wine is half the price, and offers similar apricot and peach aromas (but stops just short of being beguiling). 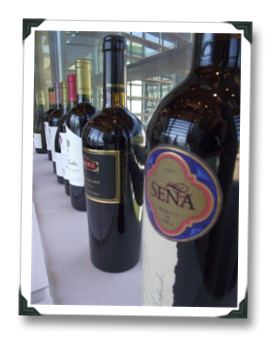 Green, lean & peppery, and then followed by blue fruits and dark berries  – that might not be how you want your reds to start, but once this one is in your mouth the vibrant red fruits and herbs might just make you a believer in Carmenere – they travel unimpeded right through to a surprisingly long and fulfilling finish. I found myself wanting to talk about this wine at length while tasting it, a bit of a rarity for me when it comes to Carmenere these days.

Once a joint project of Errazuriz’s Eduardo Chadwick and the Mondavi empire Seña is now entirely under the control of Chadwick.  The 2007 Seña is a grab-bag of the best fruits from the hillside vineyard of the same name in Aconcagua, about 25 miles from the Pacific – Cabernet Sauvignon dominates, followed by decreasing proportions of Carmenere, Merlot, Cabernet France and Petit Verdot.  It starts too green, but is totally and completely saved by the awesome power of crazy amounts of blue, black & red fruited complexity. The oak spices are incredible and make up for the somewhat distracting volatile acidity (don’t worry, it’s vivacious and mouth-filling enough that you won’t care about that VA for long).