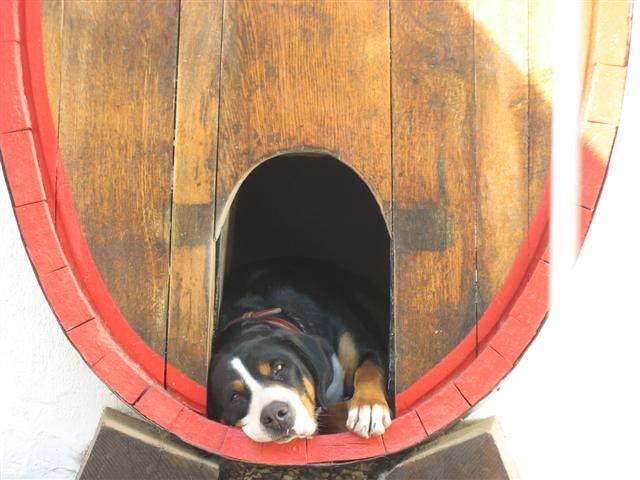 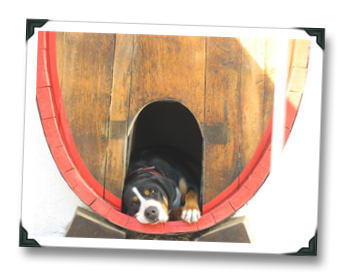 Personally speaking, I don’t believe in a Hell.  But if there is a hell, I imagine that it would strongly resemble US Airways Flight 703 from Frankfurt Germany to Philadelphia on May 21, 2009, sharing the back of the plane with about fifteen of the most obnoxious German airline passengers ever to assemble in one place for eight and half consecutive hours.

And by “one place,” I mean directly over seat 36C, where they poured brandy into each other’s plastic cups of Coke-a-Cola and showered the passenger in between them (that’s me) with spittle as they discussed their lives at an ever-increasing volume, all the while leaning heavily on the back of my seat to ensure that I achieved as little sleep as possible.

And so that’s how my press junket to Germany, compliments of Destination Riesling, ended – in stark contrast to the wonderful people that I’d met (both winemakers, hosts, and fellow travelers) the four days prior to my return flight (which I’ve dubbed “Operation Belästigen die Amerikanischen” or “Bother the tiny American”) during which I traveled through Germany’s Rheinhessen, Pfalz, and Mosel winegrowing regions with four members of the press and a guide from the German Wine Institute.

My return trip aside (and even that was so comically bad that I started laughing about it already), I’ve returned Stateside much richer for the experience, in the level of knowledge I’ve gained about the state of German winemaking (much more to come on that in the next few days), the people I’ve met, and the intimate deep-dive tasting I’ve had with Riesling wines (some readers might recall that I picked a Rheinhessen sparkling Riesling Sekt as the #1 most interesting wine I’d tasted in 2008, and which convinced me beyond a doubt that Riesling is the most noble white wine grape variety, period)… 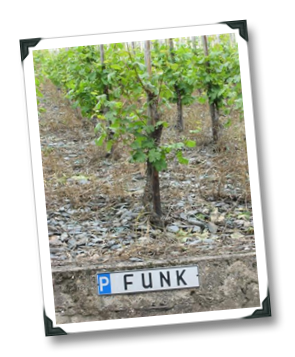 I also return with a sore back and shoulder from hauling around several pounds of press material on German wines and Riesling ( just for the record, I am geeky enough to read the Riesling stuff).  Might be a pound or two heavier myself from all the dinners and wine tastings…

One of the things that convinced me to participate in this junket was to find out what a press junket is all about, and to get the perspective of professional journalists on if/how members of the press should accept those junkets.  The collective view of my press colleagues (I use that term very loosely in my case, as I’m not a journalist by education or profession) was nearly unanimous and may surprise those of you who have been following the heated discussions about accepting press freebies in the wine media.

First, a bit about my press junket companions.  Our group collectively represented a sampling of both traditional printed media, as well as freelancers and those who contribute heavily to on-line communities.  The group ranged in age from mid-thirties to mid 60s, and between us we probably had about 75 years of collective media experience.  Based on the other participants, journalism seems to attract fiercely independent, talented, and very smart people who also might be Jewish and/or gay.  Since I didn’t fit the bill on the last two items, and arguably don’t consistently fit the bill on the former three, I was a little worried at first but the group gelled fairly quickly and with small exception we had a pretty good dynamic established by the time our first dinner together came around.

We shared a glass of wine together at the hotel bar in Oppenheim, during which I felt comfortable enough to ask what they, as journalists, thought about accepting press junkets like these to write about wine.  This elicited looks that I would describe as confused bemusement, as if I’d just asked them if they’d considered taking our upcoming bike tour of the Mosel on bicycles without wheels.

In other words, what reasonable alternative exists? 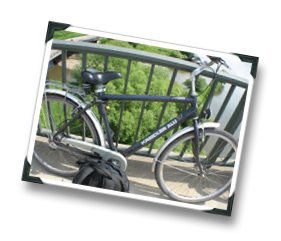 I could almost hear their thoughts as they considered my question, voiced by Charlton Heston in Planet of the Apes:

Riding bikes that have no wheels?  A planet where journalists can’t accept press junkets?  It doesn’t make any sense…!

Look at it this way: Most journalists don’t review and score wines per se, because fewer and fewer readers are interested in that.  What their readers want to know is, how to connect with wine as an experience, and get something tasty at good value, and feel connected to others for having shared the experience that a wine can give them.  Press trips are ideal vehicles for this viewpoint.  And considering that most journalists covering those stories wouldn’t even be able to pay for the airfare with the money they’d make from writing such an article, there is literally no other choice for them.

Maybe it’s time we stopped chastising the journalists for working the only system available to them, and start talking more about changing the system itself if we think that it puts those journalists in an unfair or compromising position? 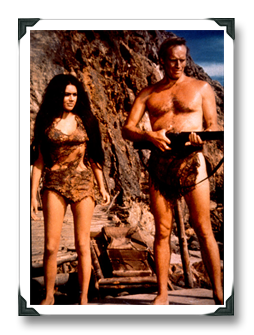 25 thoughts on “Postcard From Germany: A Bike Without Wheels?”