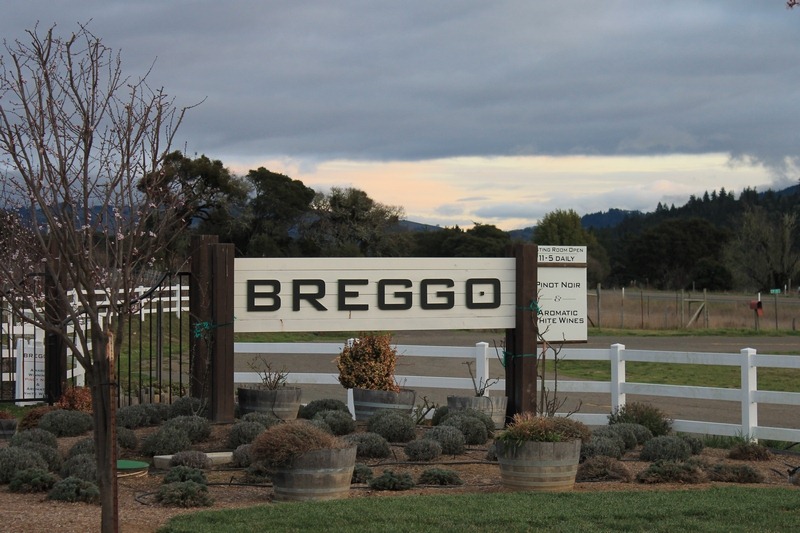 I hope you’ll forgive the quick-hit, “I was there, maaaaaan!” style post, but I’m still en medias res on my Napa jaunt, in which I’ve culled the raw material for what I think will be some great content for Playboy.com, Wines.com, and of course keeping the geekiest stuff for right here on 1WD.

But in between under-sleeping and breakfast, I wanted to give you a very brief run-down of a few of the more exciting things to which I was exposed while on the trip so far (other than the 80F weather and sunshine, and partying, I mean). 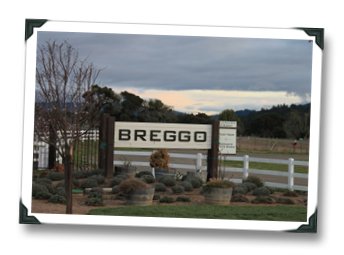 Boonville might be a bit of a sleepy little hamlet in Northern CA (okay… not might… and not a little…) but the wine scene in the nearby, relatively cool-ish Anderson Valley growing area is actually quite dynamic, if the poised wines of Breggo Cellars are any indication, anyway.  Breggo, by the way, is Boontling for “goat” (Boontling being a ribald sort-of dialect of American English that “developed” among the local, relatively-isolated farming community in Boonville in the 19th century… and no, I am not making that up).

It seems a bit of a coup that Cliff Lede scooped up Breggo in 2009, and with it their tall, lanky, mild-mannered winemaker Ryan Hodgins. Hodgins is one of those winemakers whose Alsatian-style vision for the wines – nearly as lean and angular as his own tall frame – is transparently open in just about every whiff of the juice he’s creating.

Breggo’s Savoy Vineyard Pinot Noir is furthest along that continuum, a meaty, structured, complex wine that is able to offer grip and heft in a Pinot but still remain pretty and not feel like it’s brooding over your impending doom. Their whites, though, seem to get Hodgins the most excited and that’s probably because, while very good, they’ve yet to achieve the same port of arrival vision he’s got in mind for them. The Gewurztraminer in 2010 is rose-petal central, with ginger and limes, and tasting back to the 2008 showed great potential for laying the tuff down (think vinyl, hazelnuts, lychees, lemons).  Their Riesling is also no joke, with the 2009 being a pretty, floral, pear-wielding, chalky, grapefruity pleasure. I’m looking forward to seeing where this guy takes these wines over the next several years…

While Ron and Susan Krausz have had 15 acres or so on Napa’s Howell Mountain since the late 1990s, it took twenty years for them to develop and build the property into a viable high-end (read: expensive) winemaking venture, which they then promptly launched at the nadir of a global recession and just in time for three of Napa’s toughest vintages ever. Clearly luck is not their strong suit, but making tasty, brooding mountain Cab (and serious but refreshing Sauv Blanc) fortunately is. 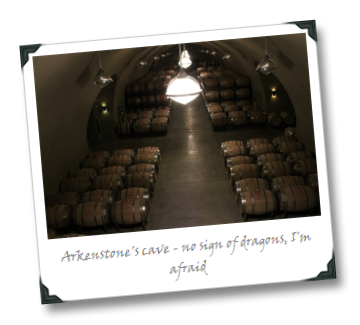 The place is Arkenstone (yes, named after that Arkenstone, the jewel in the mountain from The Hobbit), and you’d be hard-pressed to meet more amicable people than Susan, her sommelier son Jake, and young winemaker Sam Kaplan, who have somehow remained cheery despite all the startup misfortune. They’re producing a Sauvignon Blanc that’s got a touch of Semillion tossed in, a big but beautifully rendered wine that walks the line between Bordeaux-level serious and concentrated, and refreshing and citric. The jewel outside of the mountain though is their Obsidian Cab blend, which showed a lot of nice consistency in quality and style from 2006 through the recent 2009 release. Chalky, bright red and black fruits, the intense depth and structure you’d expect from Howell Mountain, and great geeky stuff like graphite, black tea, dark plums, and about three different kinds of leather. Worthy of Smaug’s treasure itself (sorry… could not resist that).

Vineyard 29 (who makes some excellent juice but I’ve run out of time to talk about that here) is armed with winemaking director Keith Emerson, who shares a name with a famous prog rock musician (for christ’s sake, could this get any more geeky at this point? The Hobbit and now ELP? I need a beer…) but to the best of my knowledge doesn’t go on stage to perform twenty-minute keyboard solos. 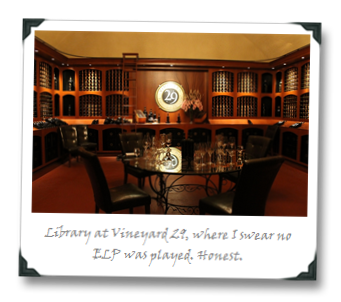 Emerson has a few side projects that caught my interest, the most geeky being Emerson Brown, an Oakville Cab that probably shouldn’t exist.

What I mean is not that it isn’t good – it’s very, very, geekily good – but that it is the polar opposite of anything that you’d expect from Oakville valley-floor Cabernet. Round, fleshy, soft red and black fruits? Nope. This baby is dark, structured, focused and floral, with an herbal edge and a slightly tart, food-friendly element poking through. It comes off as more Mt. Veeder than Oakville (way more, actually), and Emerson and I shared a wine geek moment over the wine’s iconoclastic profile (we didn’t break into any air-keyboard solos from Lucky Man or Pirates, though… we have our geeky limits, I suppose).

MUCH more to come when I’m back in the old dancin’ waters of Philly.

4 thoughts on “Postcard From Cali (Or “Goats, The Hobbit, And Oakville Cab For Prog Rock Geeks”)”