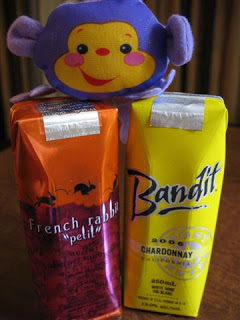 In this exciting edition of Tales of the Purple Monkey, Plumboo (that’s the monkey) and I take on some wine samples provided in Tetrapak packaging. And narrowly survive!

During the Wine Bloggers Conference earlier this week, one of the event sponsors, Tetra Pak, supplied us with samples of wines from wineries that are using their packaging for their products… 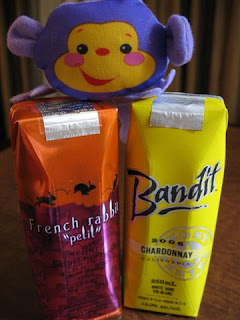 Specifically, Plumboo and I tried juice-carton portions of French rabbit‘s ‘petit’ Merlot/Cabernet blend, and Three Thieves‘ “Bandit” Chardonnay, assisted by friends who have a hankerin’ for some vino when I cracked them open. Er, I mean, popped them open. Or peeled them open, actually.

Before I pass judgment on the wines (warning: it won’t be pretty), I should bring some positive karma to this post by giving some attention to what Tetra Pak is all about.

I can really get bahind what Tetra Pak is all about, which is making coin in a green, sustainable way. Their manufacturing is officially carbon nuetral. The packaging that they produce (think milk cartons) requires less material and less weight than glass to hold the same amount of liquid – which also reduces the carbon footprint needed to ship whatever liquid is in the Tetra Pak container.

So… I do NOT blame Tetra Pak for what Plumboo and I had to endure, because their packaging is neutral and theoretically shouldn’t be imparting any flavor or odor qualities to the wine inside. 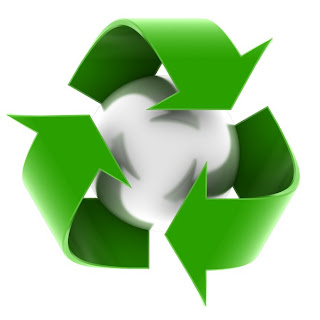 Qualities like an aroma of bug spray – which was in such prevalent quantity in the French Rabbit ‘petit’ red blend that I expected to find the words “Contains DEET” on the back of the carton.

As for the Bandit, we found it one-dimensional. And that dimension was astringency.

Green is Good. But it doesn’t change the time-tested rule of “Garbage In, Garbage Out.”

11 thoughts on “Portable vs Potable II: A Tetrapak Smackdown (or "Garbage In, Garbage Out")”