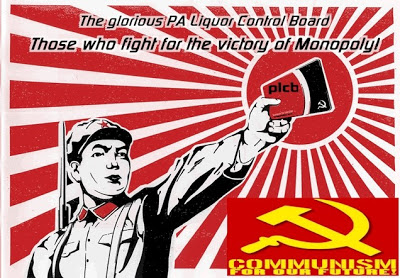 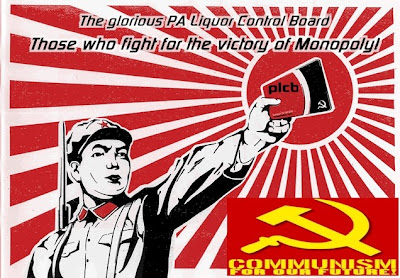 The follow excerpt is taken from an newly unearthed document, titled “The PLCB Manifesto” found unearthed under an old shed during a septic tank excavation in the outskirts of the PA state capital of Harrisburg. Or maybe not.

A spectre is haunting Pennsylvania — the spectre of Monopoly Wine Sales. All the Powers of old PA have entered into a holy alliance to exorcise this spectre: Wine Maker and Consumer, Retailer and Oenophile, Chester Radicals and Philadelphian “grape-spies.”

The history of all hitherto existing Wine Sales is the history of class struggles.
Grape-grower and glass sipper, wine retailer and booze purchaser, vineyard owner and restaurant-goer – in a word, dumb and dumber – stood in constant opposition to One Wine Retailer, carried on an uninterrupted, now hidden, now open fight, a fight that each time ended, either in a revolutionary non-re-constitution of the wine industry at large, or in the common miasma of free trade… 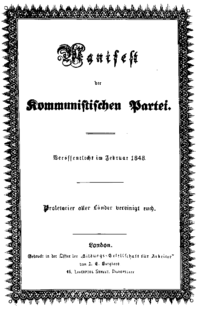 The on-line wine-buyer, wherever it has got the upper hand, has put an end to all child safety, and familial idyllic relations. It … has left remaining no other nexus between vine and drinker than naked self-interest, than callous “cash payment” … for so-called fair prices, veiled by free trade illusions, it has substituted naked, shameless, direct, brutal exploitation … Constant revolutionizing of interesting new wine styles & lower prices due to evil competition, uninterrupted disturbance of all monopoly conditions, everlasting uncertainty and agitation distinguish the free trade epoch from all earlier ones … All that is solid melts into air, all that is holy is profaned, and man is at last compelled to face with sober (ha-ha) senses, his real conditions of life, and his relations with his vines.

When, in the course of development, wine choice and free trade in wine buying have disappeared, and all wine sales have been concentrated in the hands of One Monopoly Association of the whole state of PA, the public power will lose its political character. If the wine buyer populace during its contest with free and fair trade & competition in wine sales is compelled, by the force of circumstances, to organize itself as a class, if, by means of a revolution, it makes itself the ruling class, and, as such, sweeps away by force the old conditions of production, then it will, along with these conditions, have swept away the conditions for the existence of class antagonisms and of classes generally, and will thereby have abolished its own supremacy as a class. Uh… wait a second, not sure I follow myself on that last sentence.

Anyway, we control your wine choices. We control your wine prices. We have limited your wine buying options because we know you best, we are here to protect you from the menace of free trade, fair prices, buying power, choice, and the deviance of competetion!