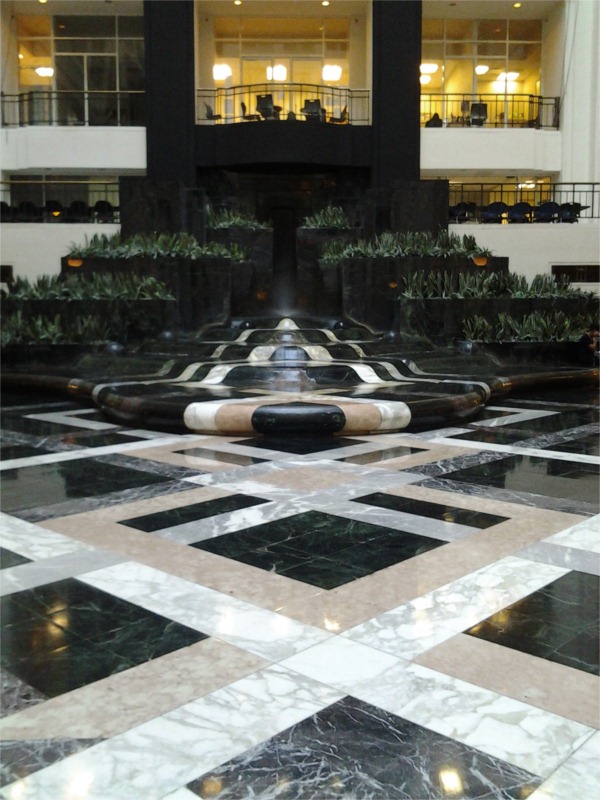 About a year ago, I unwittingly unleashed a minor sh*tstorm when I taste-tested some very good chocolates and paired them with some very good wine and found the match up to be not-so-very-good. 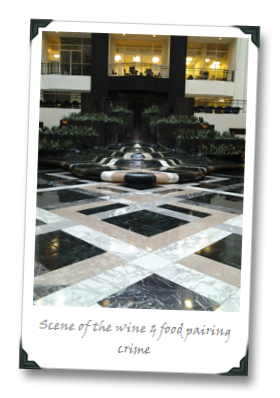 The main issue then was that the very good chocolates in question were designed specifically to pair with wines. And yet, time and time again I find myself coming back to a conclusion that is almost as certain in the wine and food pairing world as death and taxes are to the “real” world:

Most wine and chocolate pairings simply DO NOT work.

The vast majority of the time, the chocolate is too robust, and it clobbers the paired wine. This is because most still, dry wines – even hefty, hearty reds – just lack the jabs to counter chocolate’s overall lack of subtlety and bitter power-punch. The match-up might work for some people, but probably doesn’t work for most people.

There are, of course exceptions – more on those in a minute – but they are just that: exceptions. You’re usually far, far better served enjoying the wine and then later enjoying the chocolate, keeping them as far away from one another in the process, lest they start the palate equivalent of a Ballroom Blitz.

So you can imagine the pants-crapping emotions I experienced when I was recently hired to choose the wines for a wine and chocolate pairing corporate event held in Philly’s iconic Curtis Center. Yiiiiiiiiiiiiiiiikeeeessssssssssssssssssssss!…

Oh, yeah – and the performance anxiety I felt about half an hour into the event when I met a former sommelier (now importer) who was the fiancé of one of the guests. Great… now we have to put the pairings to the test with someone who used to do this sort of shiz for a living.

The shinier side of this coin, of course, is that scoring gigs like this is enough to send most people into well-meaning fits of semi-jealous rage. As one guest put it to me during the event: “Wait a second… your assignment was to taste, like, fifteen chocolates, pair wines and Irish whiskey with them, and then come try them all again and talk about them? Uhm… most people would pay other people to let them do that!”

Anyway… Turns out I did have a relatively easy job of it, thanks to the chocolates themselves. Philly proprietors John & Kira’s provided the sweets, hand-made Ganache-based wonders that were among some of the most complex and nuanced desserts I’ve ever come across. They combined milky, creamy softness, hints of spices and dark chocolate bitterness into some amazing little packages, and after tasting them, plenty of sugar-high pairing ideas started flying around my little noggin’. Maybe the mine-field would be navigable after all, and we’d all come out unscathed… provided we could stick within the host’s bottle budget…

And so here are the matchups, which ultimately did get a nod of approval from the former somm in residence (whew!). We also paired a ganache with Tullamore Dew 12 Year Irish Whiskey, and another with Rogue’s Chocolate Stout Beer – but this is a wine blog, so let’s focus on the wine parts. Anyway, the following are offered in the hopes that you might discover something about the wines themselves that you may not have known before, as well as having a couple of go-to ideas if you ever find yourself crawling through wine+chocolate pairing landmine-laden territory yourself… apologies in advance for the crappy cell phone pics (you know you take them, too, so deal with it, okay?)…

Why this worked: Bogle gets much of the fruit for this bold, spicy Zin from 60-70 year old vines; I’m told sources include Lodi, Amador County and Sierra Foothills – all regions that produce good quality fruit at (currently) depressed prices. That means a low cost of entry into exploring the deep, dense concentration that those smaller, old vine zin grapes are capable of producing. The Zin is both fresh enough and bold enough to stand up to the chocolate, which is ganache-filled and therefore lacks the bitter oomph of all-dark-chocolate desserts, so the Zin had a fighting chance of cutting through it. But the greater-than-the-sum-of-its-parts action really happens in the combination of spiciness of the Zin’s natural pepper-like aromas and the hint of anise in the ganache – both complimenting one another enough to make it all work out okay. 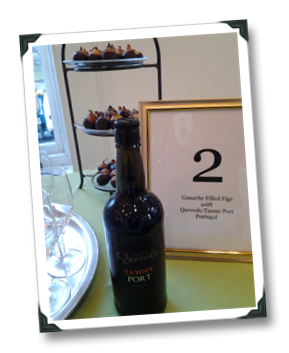 Why it worked: These figs (which are Spanish – shhh! don’t tell the Portuguese!), are tender while also being flavorful, and as John from John & Kira’s told me are easy to work with in terms of filling them up with the ganache, which had been made with a bit of whiskey. So… in this case, we’re combining a sweet, dried fig dessert with a hint of spirit to it, with a sweet, dried-fig-tasting dessert wine with a hint of spirit to it. NO-BRAINER. Also, the toasted nuttiness of Tawny Ports tends to contrast well with creamier, milkier chocolate like ganache (opposite goes for Ruby Ports, which generally seem to prefer the company of more bitter, darker chocolates to contrast with their freshness). Put it all together with a quality performer like the family outfit Quevedo (who age this entry-level Tawny about four years in barrel, and design it for early-consuming deliciousness), and my pairing job got hella-easier, hella-quick. Also, I defy anyone not allergic to chocolate or to figs to stare at those beauties without drooling on your keyboard or smartphone. GO head. Just try it…

7 thoughts on “Revisiting The Wine + Chocolate Pairing Mine Field”