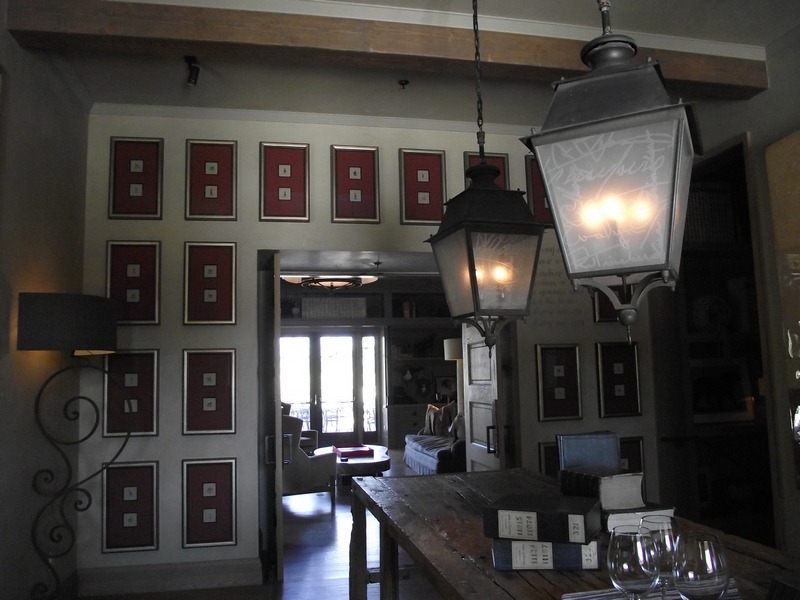 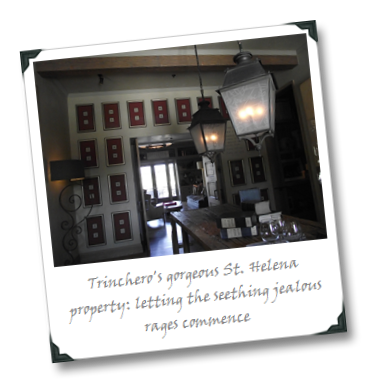 Most winemakers would probably want try to kick Mario in the jimmy when they hear about his nearly-limitless operating environment and see the meticulously-kept cold storage and barrel rooms at Trinchero (after having talked with him, I suspect his affable demeanor has saved him from any jealousy-inspired bruises).  Look, it’s not everybody that gets to sail atop a sea of wine made by a winemaking empire – and it means that Mario can basically operate Trinchero’s high-end project in a go-for-broke style (figuratively and literally, without yet worrying about making a profit).  It also seriously increases the toolkit from which he can draw to craft the estate wines that the Trinchero family sees as sitting atop their quality pyramid. 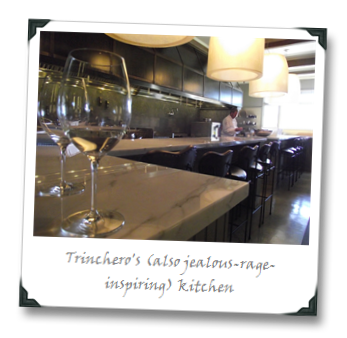 Want to mix-and-match fruit characteristics from Calistoga, Rutherford, Atlas Peak, Mt. Veeder, and St. Helena? Or maybe true single-vineyard wines from all of those areas? No problem – got estate fruit for that.  Wanna experiment with different French oak barrels from different coopers at different toast levels?  Here’s a blank check.

Mario seems an able-bodied and capable a person to head up the winemaking at Trinchero despite being on the young side. He’s a NorCal native and UC Davis guy, and has had a good deal of practical experience making wine in Italy and in assisting at a handful of high-end producers in Napa like Quintessa.  Despite the deep financial toolbox, Mario described his winemaking style as “minimalist,” an approach borne out in the designations of many of Trinchero’s wines (which, for those playing along at home, mostly went the single-vineyard estate fruit route).  Their red wines are (Surprise! Napa!) on the riper side of the taste profile, with dark fruits and woody spices from the oak.  I’ve got two in particular to recommend if you dig that style:

The structure on this wine is pretty big, and the cedar spice is little too prominent at first, but give it a few minutes in the glass and you get the addition of herbs and dusty, mineral-driven overtones that compliment the dark fruit nicely, and makes this a heck of a wine for the money (especially considering it’s from Napa, where anything approaching ‘Rutherford Dust’ almost always gets an automatic $20 price tag hike).

This Cab has the dark, dark, dark and focused profile that you’d expect from mountain fruit, and the vineyard sits at about 1500 feet above sea level which is about as high as it gets in these parts. Thank the elevation for small, intensely-flavored berries. There’s sandalwood oak spice, too, and the whole package just about screams “take me to an expensive steakhouse, beeeatch!”  Your mouth will thank you for pairing that steak with this wine’s long, black-fruited finish.

14 thoughts on “No Limits, No Excuses: Trinchero Goes For Broke”