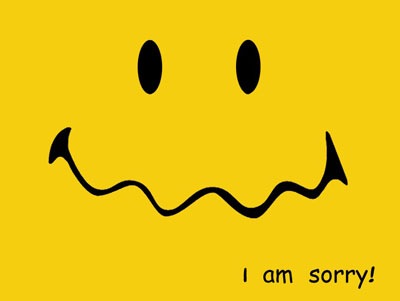 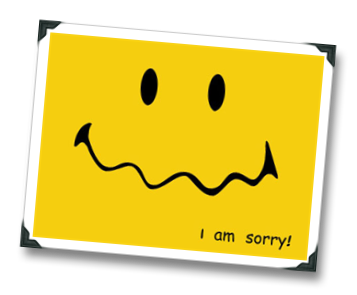 Here’s something that you don’t see every day.

I’m about to give props to Wine Spectator.

And I’m going to apologize to their Forum members.

I will wait a moment to let the air of collective “WTF?!???” clear the room.

Ok… also, please pick your jaws up from the floor.

First, let’s provide a bit of background: A recent post on Tyler Coleman’s blog (Dr. Vino) explored a controversy on the eRobertParker.com forums, and in a comment on Tyler’s post I chimed in with the following extremely unhelpful comment (reproduced here because the post has about 1 billion comments now and I don’t want you to have to page through them to find it… I hope Tyler doesn’t mind!):

The Wine Spectator forum is far, *far* worse. I’ve watched their moderators join in on discussions that clearly violate the forum’s participation policies…

Afterward, I was contacted by Tom Matthews, the Executive Editor of Wine Spectator.  He wanted more information on my criticism, and I advised him that the thread I was primarily referencing no longer existed on the forum (apparently having been removed sometime last year), but that there were other examples of what I considered overly-aggressive treatment of me and other bloggers on the WS forums.

In exchanging e-mails with Tom, I was impressed that he cared enough about this to follow it up seriously.  I also realized during our echange that my comment on Tyler’s post just sounds like a nasty, snide, negative attack.  It’s got no background or context, tells no story, doesn’t explain how it relates the eBob forum controversy… it’s just totally and completely unhelpful. It’s useless.

So, I apologized to Tom, and I offered an apology on the WS forum (that one is probably turning some heads), and I’ve apologized on Tyler’s post via a follow-up comment – though again it might be tough to find it in the thread of gazillion comments, so here it is below:

Hi all – I’ve been corresponding with Tom Matthews regarding my previous comment in this post about the Wine Spectator forums.

I’ve subsequently apologized in the forum and to Tom, because by not providing the background of *why* I think the WS forums are worse, my comment simply comes off as a snide attack.

I am sorry about that. If anyone wants to know why I don’t like the WS forums and called them a snake pit on my blog, you can check out the threads available here and see for yourself how I was treated:

I don’t respect the forums any more than I did previously, but thanks to Tom reaching out to me I can understand fully why my comment could be perceived as a snide attack, so I’m officially saying that I’m sorry for that. I may really dislike some of the WS forum members, but I still believe that everyone, including those that treated me badly, deserve more respect than what I showed here via my comment.

I’ve not changed my view of the Wine Spectator forums – I still think discussions there sometimes devolve into a snake-pit of acrimony, mostly due to the input of a few very rotten apples spoiling the bunch, and a lack of sufficient moderation.

But I also truly believe what I wrote above – everyone deserves a basic level of respect, not snide hit-and-run sideswipe comments without context.  Even the folks who might not think that I deserve respect.

I’d happily debate any WS forum member on the relative value of blogs vs. wine mags, on how differently I think that they should treat new forum members, or on how different and positive discourse is on alternative sites like the Open Wine Consortium.  But I shouldn’t have blasted the WS forum in a public setting without providing the proper context to back it up, and I’m deeply grateful to Tom for reaching out to me and with meaningful, civil discourse pointing out the un-helpfulness of my comment.

I should also add, for the benefit of my harshest critics on the WS forum: Tom mentioned to me that he’s a follower of the 1WineDude.com blog.  I’ve got your chin band-aids here, folks – I’m sure many of you will be needing them after that.

Anyway – Mad props to Tom, and apologies to the WS forum members.

Now, if any WS forum members would like to apologize to me and my fellow wine bloggers for any past disrespectful transgressions from civil discourse on their part… I’m sure we’re all ears…!