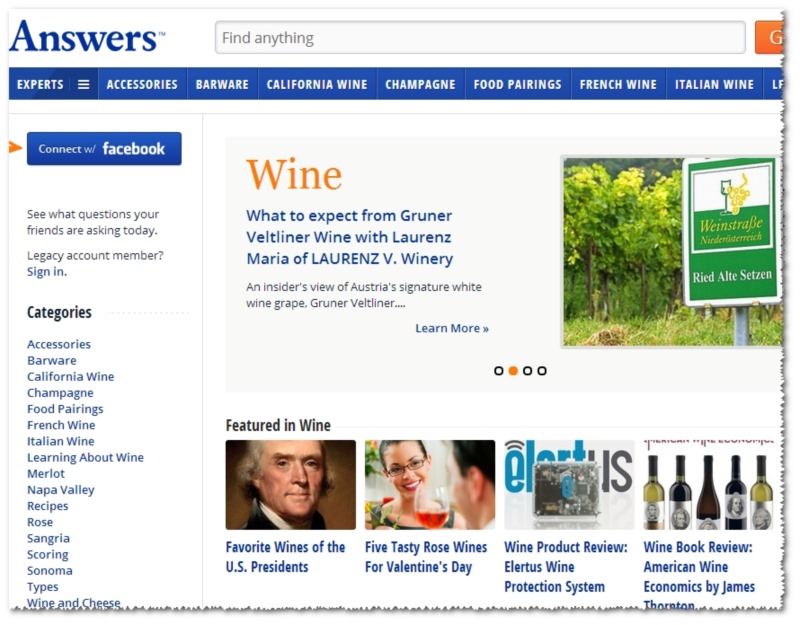 Technically there was a holiday this month, but I could not bring myself to hazard conjuring up some long-shot wine pairing for St. Patrick’s Day in March. 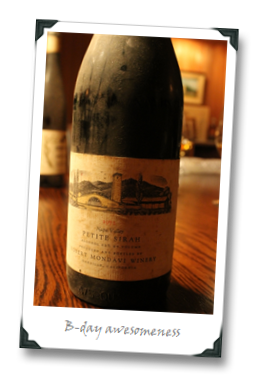 Anything along that vein is (being kind here) a desperate stretch. I mean, look, why would you even do that? What’s wrong with beer? [ A: the last time I checked, nothing. ]  I’m actually the worst person to ask about the subject anyway, because St. Patrick’s Day happens to be my actual birthday. So for me, that “holiday” wine pairing usually falls squarely into the category of “whatever the f*ck I feel like drinking, no mater what food is being poured, and preferably something bubbly and expensive.” But then, with my daughter’s birthday falling less than a week later than mine, these days at 1WD central I more or less give my birthday only a passing wave hello/goodbye. “No time for birthday, Dr. Jones! Gotta go order the dolphin place-mats yet for all of the kids coming to Lorelai’s party!”

Despite the daughter birthday madness, and the inevitable hangover resulting from the amount of alcohol one has to imbibe just to survive hosting a dozen 5- and 6-year-old children for a birthday shindig, I managed a few non-St.-Patrick’s-Day tidbits for the Wine.Answers.com gig in March (they are paying for the stuff, after all!).

And, I did celebrate the birthday in serious style, vinous-wise, as you’ll witness from the inset pic. More on all of that below…

And now onto the birthday juice: 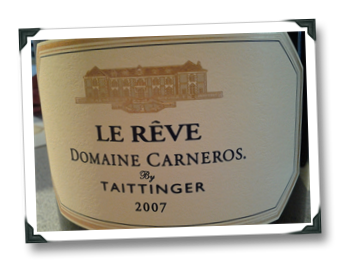 Is it as profound as the (in my opinion) stunning 2005? Not really, but I found this sample of the 2007 to be excellent in just about every way, and it gives U.S. domestic sparklers a good name. The pear and apple fruit, ginger, flowers, and toast are all superb; the entire package vibrant, elegant, and serious. It wears pearls, a gorgeous evening dress, and has a longing, poignant stare.

A gift from Michael Mondavi, whose cellar I got to visit during a recent jaunt in Napa Valley (much more on that meet-up coming in a few weeks), who insisted that I drink it soon, as it was my birth year vintage. It’s not easy to find decent wines from `72, a vintage that sucked for most of the established wine world at the time [ insert your own joke about evil 1WD portents here ]. This particular bottle was re-corked in 1992, and otherwise has been given the white glove treatment, traveling from the Mondavi winery on Route 29 to Michael’s cellar off the Silverado Trail, then to my basement via checked luggage decades later. This is funky stuff, though the funk blows off a bit after several minutes in the glass to reveal bright red plummy fruit, violets, lots of earth, cedar and walnut, and cigar-box spices. Cloves and black tea come later. Delicious, lithe, and alive, as in KISS ALIVE II kind of alive. Thoroughly enjoyable, and I struggled to think of anything more that one could have asked from a 42-year-old Petite. Oh, yeah, by the way: 12% abv (because I know some of you will care…). 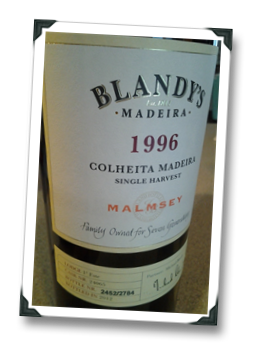 It’s difficult to describe how far up its collective ass Madeira’s wine PR is at the moment. A handful of good PR folks (such as the ones who sent me this sample) are struggling to convince Madeira that it should actually try to sell its amazing fortified wines, and at every turn the producers on this Portuguese island seem to be stymieing them. Which is odd, because nothing – nothing – really kicks ass the way that good Madeira kicks ass. This `96 is straight-ahead, textbook, forward-looking Madeira goodness, focused in style and delivering dried fruits, brandy, dark honey, caramel, and even some chocolate. It’s like the entire dessert plate at a high-end restaurant, the stuff that gets brought to the table after you have already had dessert, and you think you’ve already had way too much to eat, and you start eating more anyway because it looks so freakin’ good. What I don’t get is why Madeira producers for the most part (Blandy’ excepted) seem not to want to sell this amazing stuff in the U.S. I mean, look, if we can make Sherry cool again, we can sure as sh*t make Madeira cool again…

4 thoughts on “There Are NO St. Patrick’s Day Wine Picks (March 2014 Answers.com Wine Articles, And My Birthday Wine Lineup)”