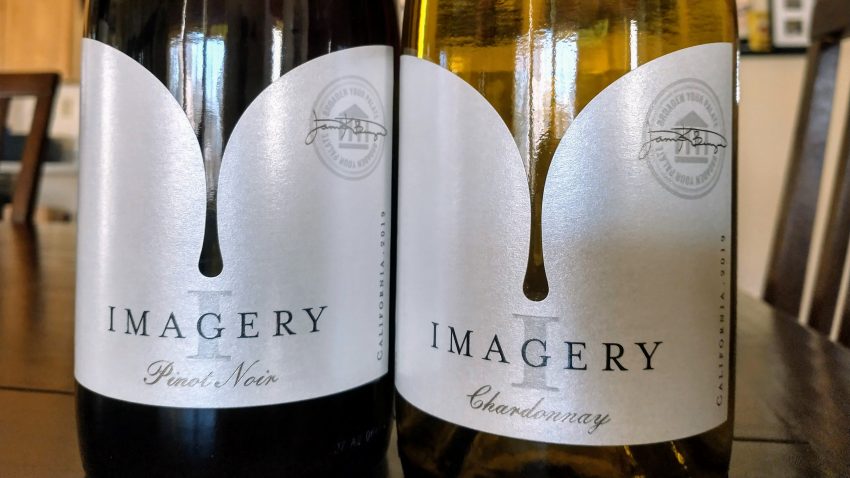 Generally, I’m loathe to talk about “women winemakers,” because I find the term anachronistic at best, and simply rude and insensitive at worst. I mean, who cares what gender is behind a well-made wine these days? There are, for sure, fantastically delicate, “feminine” wines being made by men, women, and any identification in between; and exactly the same could be said about burly, “masculine” wines. In the opinion of this critic, gender just doesn’t mean much when it comes to discussing and evaluating what’s ultimately in the bottle.

Having said that, the wine business is among humanity’s more ancient endeavors, usually meaning that it doesn’t exactly turn on a dime when it comes to evolving with the times and matching societal progress in general. Which is a charitable way of saying that there are pockets of it that have been stuck in its sexist, elitist past. And so the stories behind women winemakers, it could be argued, do warrant special attention, beyond what we might take for granted as a more equal treatment of the sexes in industries that are so indebted to – and hamstrung by – their past.

And so today we’ve got two wines from winemakers who happen to be female, and both associated with Sonoma winemaking pioneers the Benzinger family (who founded Benzinger Family Winery and Imagery). But just as (if not more) importantly, we have a bit of their stories as women making their way through a once male-dominated wine industry.

Head winemaker Lisa Amaroli had this to share when we tasted a sample of this Sauvignon during a recent Zoom call: “I grew up in a super-conservative Italian family. Women went to get married, to the richest guy they could, and men went off to work.” She wasn’t sold on that future, and eventually got hired to cut down trees, started working for the government, and living in Germany (where she developed a love for wine, especially from Alsace). She intended to study to be a veterinarian, but decided to try out the wine business first. She met Mike Benzinger when he began converting his Sonoma property over to Biodynamics in the 1990s, and started off in their lab. By the mid 2000s, Amaroli was making wine there. “The Benzinger way was always to work hard, and play hard, while making great wine,” she noted. She was given carte blanche to run the facility and build her team. In 2015, when Mike retired, she also began making their organic and biodynamic wines. “There were not many women in the field at all [at the time],” she recalled. “All of my mentors were men. I didn’t really realize that, because I had a laser focus to not really let anyone down, and make delicious wine.”

And delicious this wine is. The grapes are sourcing from vineyards that sit on old river beds, “so, alluvial soils; they grow big, big canopies. We don’t strip leaves. We want life in these wines.” While t he wine comes off as user-friendly, apparently fermentation of this white can be anything but. “We have to watch our techniques,” Amaroli warned, “We don’t use commercial yeasts, so we have to wait… forever for the natural yeasts to come around, which can be nerve-wracking!” It opens up with lemongrass, citrus, and just-ripe tropical fruits. There’s good freshness, with a nice, clean presentation on the palate. You’d expect – and you get – melon and hay, with lime zest and a nice cleansing feeling, but you also get quite a bit of textural character. It’s built to make a lot of friends. 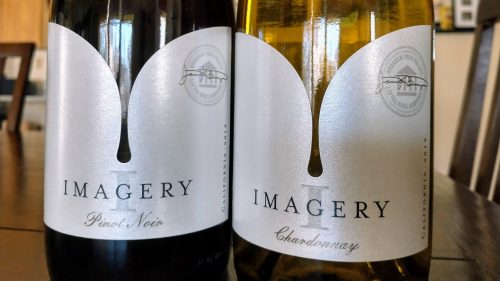 Imagery’s head winemaker Jamie Benziger is the daughter of Joe Benzinger, but she’s carved out her own identity as a Sonoma vintner. Shortly after Imagery set up shop, her father met a local art professor, who suggested putting a unique piece of artwork on their labels. Now, they rather famously commission artists worldwide – “the only requirement is to have the Parthenon [the brand’s symbol] on the label” Benzinger noted.

Benziger reminisced that Imagery was really birthed from her father’s experimentation. “Dad started doing smaller lot fermentations of lesser known varietals [sic],” she explained. “At some point down the road, they started calling it Imagery. Dad was always a very hands-on winemaker. Dad constantly was on the crush pad, he always instilled in me to always be a part of every aspect of your wine’s life.”

Despite being the daughter of a well-known Sonoma wine personality, “it was not easy to get back into the family business.” She had to go through internships (“I fell in love with it within the first month!”), and after a year was told to find outside work for another 5-7 years, and then come back. So Benzinger headed out to help with harvests in New Zealand, and put in lab time at Bogle. By 2015, she returned… and was promptly told to go work in the vineyard somewhere else (which she did, with California viticulture icon Phil Coulturi). Benzinger then worked with Lisa, who “insisted on interviewing me again!” When her father retired in 2017, Benzinger was finally able to take the wine-making reins.

Regarding this red release, sourced primarily from Monterey, she cited her own drinking preferences as influencing the final product. “I always love juicy Pinots when I can find them,” she explained. “I added a touch of Petit Verdot; I think it did wonders for it. It gave it some spice, some structure, some complexity.” This Pinot is bursting with wild berry fruits (blue, red, and black), and tea leaf spices. Round, full, structured, and – for sure – juicy in the mouth, it’s a steakhouse style Pinot Noir, with touches of wood, leather, and violets adding complexity. A bit toasty, and not trying to be shy, it’s almost flamboyantly tasty.