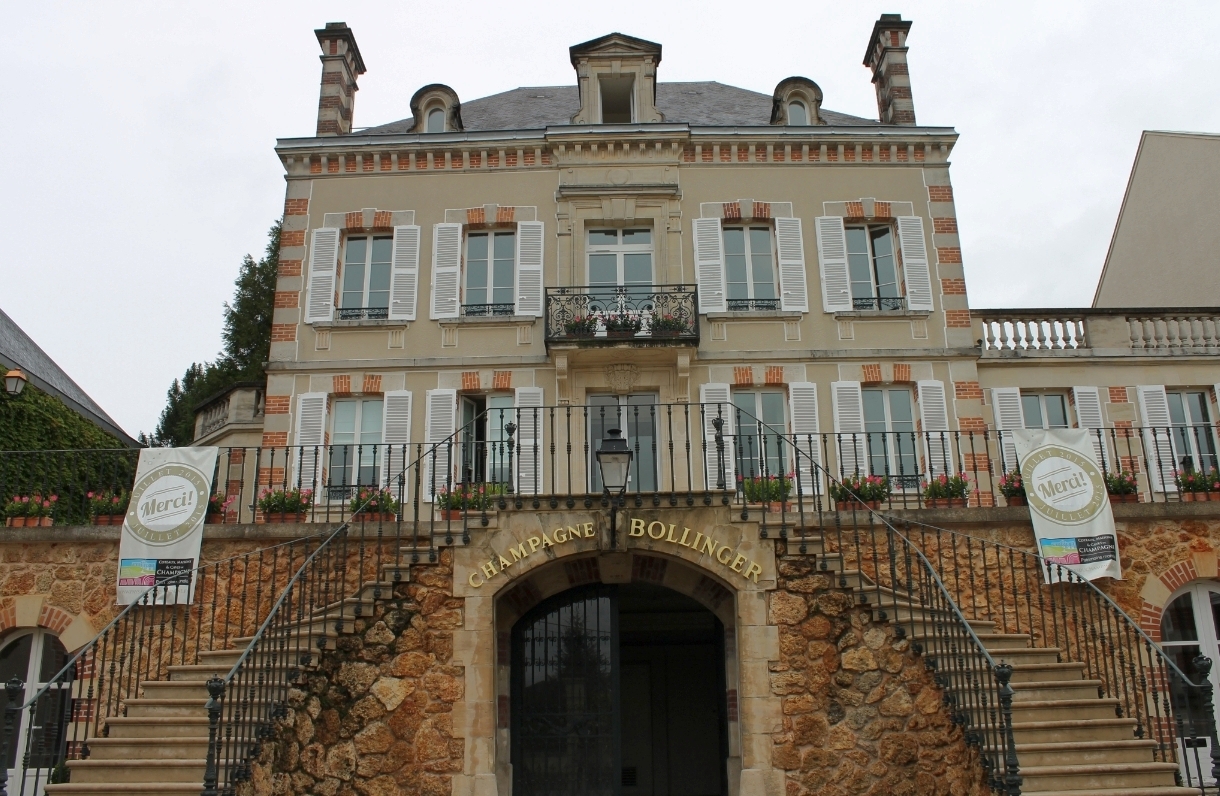 In theory, it ought to be easy to hate on the Champagne house Bollinger. 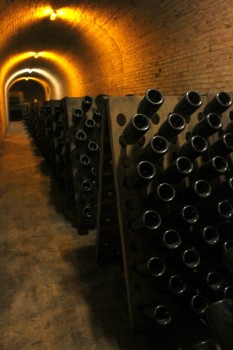 They’re big (producing about 3 million bottles annually); they’re kitschy-famous (getting the royal warrant from the UK market in 1884, and then becoming the official Champers of agent 007); they’re fairly corporate (a staggering – and, one imagines, barely manageable – 175 shareholders); they have that other matriarch, the one with the famous and too-oft-cited quote about basically drinking Champagne all of the time (and let’s not forget that Lilly Bollinger originally resisted the release of a rosé, viewing it as “red-light district” wine, which casts serious doubts as to her sanity in my view…); and they have 5 kilometers of cellars under the town of Ay, housing 700,000 magnums full of aging wines (ok, that last bit is actually really cool).

But with Bollinger, we have a clear case of the gimcrack facade belying a core of true vinous substance (rather than the other way around). So… sorry, but the haters are gonna need to shelve that shiz for a few hundred words.

On a rainy day in September, my visit included a chat with Adjoint de Cave Denis Bunner, a young guy who had a my-job-is-really-awesome smile chiseled onto his face in a near-permanent state. He seemed to revel quietly in the history of Bollinger, dating back to when Ay was the epicenter of Champagne production. He described Bollinger as a “living patrimony” to Champagne, thanks primarily to Madame Jacques Bollinger’s tenacity: “She would say, ‘if it’s good for the wine, I don’t care about the cost; we do it!'”…

Bollinger still has a tenacious focus: the pursuit of house style. When I asked Bunner to describe the hallmarks of that style, this is what he had to say: “Density, and presence; it’s more masculine, powerful, and persistent. We want fruit in all states, and the creaminess of the effervescence.” Bollinger can doggedly adhere to this with a combination of tradition (60% minimum of Pinot Noir in every blend, extended cellar aging, and liberal use of barrels to help homogenize the blend), and resources (they own the majority – 166 hectares – of their vineyard sources, and have the cave system to accommodate storing seven different vintages of production at any given time).

A 60% Pinot Noir / 25% Chardonnay / 15% Pinot Meunier blend that constitutes 80% of the production, and sourced more than 85% from Grand and Premier cru vineyards. If I could make bubbly this good at such high volume, you’d better f*cking believe that I’d do it, too. Spicy apple and pear fruits dominate, finishing in a toasty, elegant way while delivering depth and presence in between. The golden hue in the glass is lovely enough to warrant putting it into your mouth.

The wine that Lilly wold have seen shelved, the Pinot Noir element gets dialed up slightly (62%) here. There’s an intriguing pink salmon color to this, and the mousse is elegant, as is the nose of red fruits, baked red apples, and roses, but those aromas are seriously aggressive, too. There’s a savory edge to the palate, and good structure, but not at the expense of the wine’s energy. It’s a wine with seductive eyes (maybe Lilly was on to something, after all).

The blend for this vintage was limited to 13 cru vineyards, due primarily to botrytis issues. There’s 70% Pinot, and from here on we bid farewll to Meunier in the blend. The first thing you notice about this Brut is how mature the nose is; yellow apple fruits that are deep, pure, and tinged with yeast, ginger root, and earth. It’s creamy and round in the mouth, substantial, but buoyed by crisp apple acidity. Curvy, sexy, and savory. 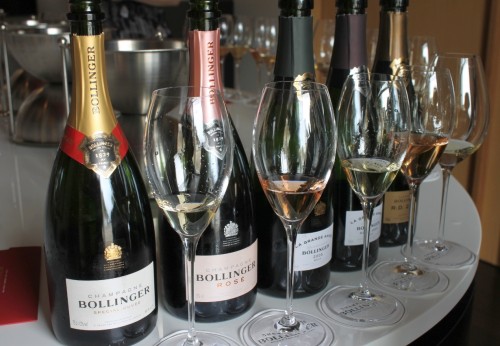 Madame Bollinger eventually agreed to the creation of this vintage rosé, provided that it as “extraordinary.” Extraordinary is in the eye of the imbiber, but there’s little here to impede a fantastic drinking experience. Salmon with orange tinges, and boasting a savory red berry nose, things start to get really complicated (in a good way) after a few minutes in the glass. Enter blood oranges, roses, and even curry powder. The texture is fascinating, lovely, and long. 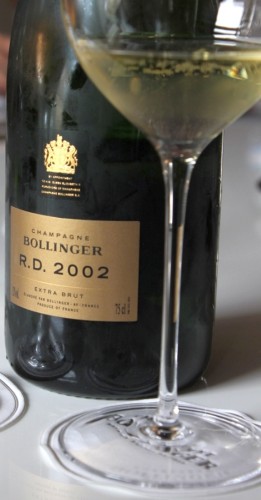 60/40 Pinot/Chard, and all from Grand and Premiere Crus. The Chardonnay harvest in 2002 was one of the best Champagne had seen for the variety in a decade, and it shows in every ounce of this bottling. After a tight start, the `02 R.D. starts its systematic ass-kicking of your gustatory senses: ginger spice, fresh apples, herbs, lemons, white flowers, saline… Right now, this is the least creamy of Bollinger’s offerings, instead offering a fantastic focus of acidity first, then mature flavors of toast, honey, brioche, and finally an intense, fascinating finish. The whole package is young, promising, insanely fresh, and, for those preferring a mature, earthy style of Champers, almost without match.