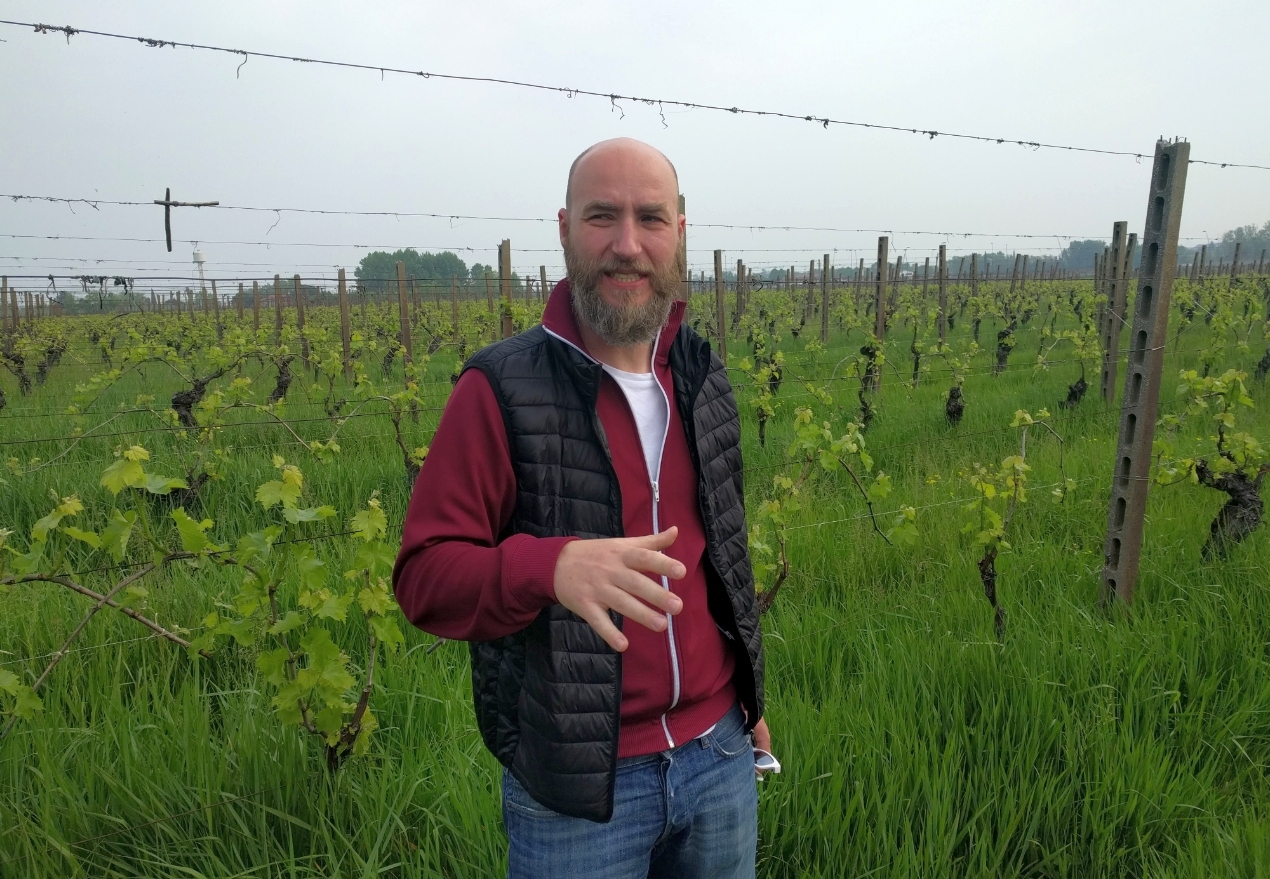 Aside from close proximity to a body of water (in this case, the Italian Lake Garda), however, the heavy-handed Old Norse warrior comparison fizzles out completely. Because at the crossing of the Veneto and Lombardia regions, Cutolo, as owner and winemaker of Lugana’s Marangona, crafts elegant, svelte whites without even a hint of the roughshod among them; thanks in part to what could only be described as a minimalist approach. 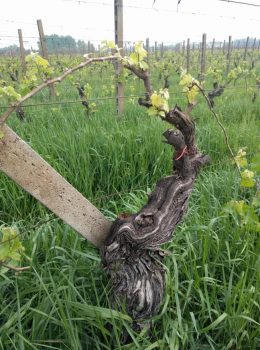 “I want to do as little as possible,” Cutolo told me during a recent media-trip visit, “to [express] my idea of the wine.”

This don’t-touch-it-in-fact-don’t-eben-look-at-it-you’ve-already-seen-enough approach starts in his calcareous-clay soil vineyard, where the grass is high (“it helps with disease”) and the treatments are few. “If it’s possible to have less [impact],” he remarked, “than why not?”

Cutolo owns 27 hectares of ten to fifty year-old vines in Lugana, most of them planted to the deceptively age-worthy Turbiana variety. The estate’s buildings date from the late 1600s, and his family farmed grapes, corn, and cattle here since the 1950s. He now produces about one hundred thousand bottles of (downright delectable) Lugana wine per year…

As you might now expect, minimalism extends into the winemaking at Marangona, too. According to Cutolo, “I don’t need a lot of technology; I prefer a ‘vertical’ idea of Lugana. I have a clear idea of what I want in my wine.” 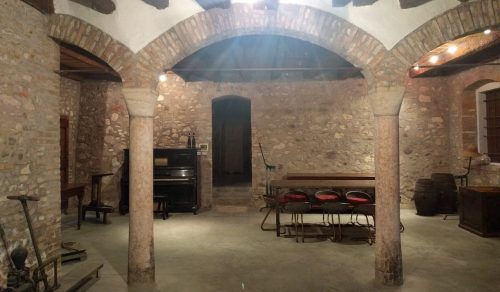 In some ways, Cutolo could be considered the kind of winemaker that Lugana needs right now to make it noteworthy among the U.S. wine industry’s ‘cool kids’ – the younger sommeliers and influencers who can’t seem to get enough of smaller production wines crafted from lesser-known grape varieties in even lesser-known wine regions. Hipsters, rejoice, for Cutono is experimenting with concrete vats, amphorae, and natural/orange wines!

Within reason, that is.

“Natural wines are wonderful… but sometimes, I have to make a living!”

If anything, that experimentation – along with the clean, focused results in the wines – suggests a sort of marriage of two worlds, the traditional and the modern, that are part of the whole Marangona vibrazione. The winery takes its name from a bell tower in the old town; the tasting area is literally carved out of the remains of the oldest part of the estate; and the wines are as fresh as daises. 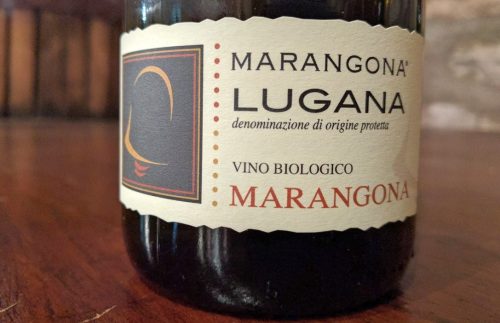 Cutolo calls this “the soul of my estate,” and as far as disembodied representations go, one could do far, far worse. This white over-delivers at nearly every turn, from an abundant nose (tropical and stone fruits, wet stone, white flowers, pepper), to a mineral-water-clean palate featuring salinity, purity, and apple, citrus, and exotic fruit flavors (some still clinging to their skins and pith). It’s linear, energetic, and expressive. 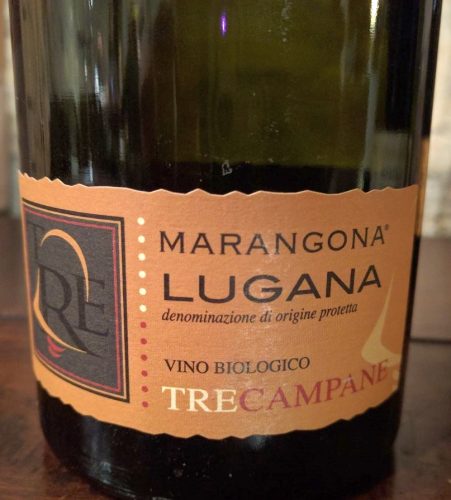 The vines used here average about 35 years old, and are a mix of different harvest times, in order to marry the different Turbiana ripeness profiles. It’s a deeper wine than the ‘Marangona,’ spicier, too, with more stone fruit and mineral aromas. The citrus flavors are riper, too, the body is more pronounced and fleshier, but that ample acidity is in full force, suggesting a very respectable aging curve.

For whom doth the bell toll? In this case, for you, if you’re a Lugana lover. A small percentage of old oak is used in the blend, along with a later harvest, and the combination makes this white both heady and yeasty on the nose, with a good deal of floral character and a lot of lift. Lemon drop, sultry exotic fruits, citrus pith, and stone fruits are all in the mix, and the balance is excellent, the expression fresh, and the whole thing downright sexy (in Lugana terms, anyway). 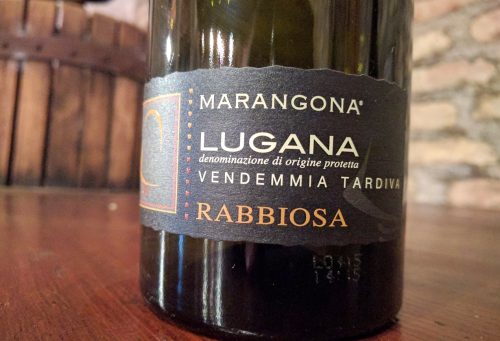 Botrytis, baby! Hey, why not. 12% abv and 18 grams RS, but not a cloying bone in its little body. This is fresh stuff, with candied lemons, brioche, limes, honey, sweet floral notes, and yet a delicate, stylized touch. For those who like their dessert to have zing.