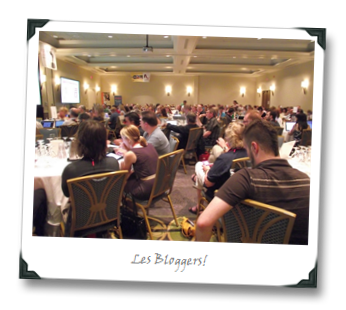 It feels strange being able to settle at home and pop open a Flying Dog brewski only a few short hours after the 2011 Wine Bloggers Conference, the last three installments having taken place on the Left Coast and thus requiring a not-insubstantial amount of travel to attend for us Right Coasters.

This year’s shindig was held much closer to my neck of the woods, in Charlottesville, VA, where most of the conference days hit well over 100F outside, for which I employed a strategy of frequent shirt changes and liberal application of underarm deodorant (we might need a poll of those sitting near me at any of the sessions to determine how successful I was at beating the heat).  More to come on my encounters (good, bad, and thoroughly ugly) with Virginian wines in the next few days.

No doubt that this will be among several dozen blog posts on the global interwebs today talking about the results of the 2011 Wine Blog Awards, though I suspect far fewer will be discussing how the awards were judged.  I can talk a little bit about that, since I was a judge for this year’s competition…

Unfortunately, being a judge doesn’t really provide much additional insight into the process of selecting the WBA winners, I’m afraid.  I was asked by the WBA organizers if I’d be interested in helping to judge, and told immediately that I would not be able to judge any categories in which I was nominated for reasons that I suppose should be pretty obvious.  When I said something to the effect of “sure, I’ll help out,” I was provided with a spreadsheet containing a lists of the nominees in the Best New, Winery,Industry, and Photo/Graphics categories (curated I think to remove SPAM, websites selling lawn mowers, whatever), and asked to choose a list of finalists and rank them in my order of preference (which ones I thought best matched the criteria for each category), effectively meaning that I selected finalists and voted for them at the same time. 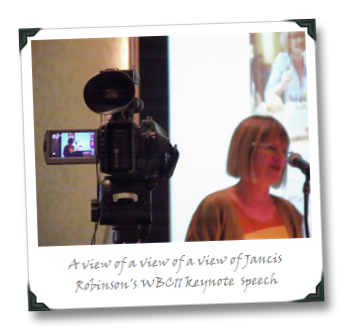 After that… well, I don’t have any additional insight into what happens, beyond what has already been published by the organizers of the WBC and WBAs (“winners were determined taking a combination of the public’s vote and the judges’ results”), though I think my votes (along with those of the other judges) account for 50% of the weighting.

Oddly (in my view, anyway), only one of my top picks (Terroirist) won in the categories for which I judged; which suggests that I have (at the very least) a slightly different view of what constitutes the best-of-the-best of wine blogging this year, but then I have an altogether different view of the future of content creation and what constitutes interesting reading in our quickly-morphing wine media world.

Which isn’t to say that the winners don’t deserve the awards – they do, emphatically they do; we’re talking shades of differences/preferences here, kind of like (for me, anyway) deciding if a wine is “A-“ or “A.”  The important thing is that all of these blogs, whether my tippy-top picks or not, RAWK IT – and you should be checking all of them out, if you’re not already (winners listed below). 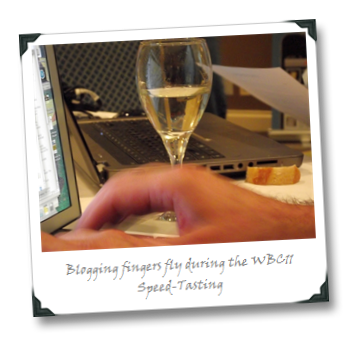 As for me not taking home the Best Overall award this year, it’s kind of like how I felt when the Steelers lost Superbowl XLV – slightly disappointed in the outcome, overcome and ecstatic to have been included in the big dance in the first place (hey, when you lose to a veteran blogger like Tom Wark, who I predicted publicly would win… well you don’t exactly feel like you went home empty-handed!). 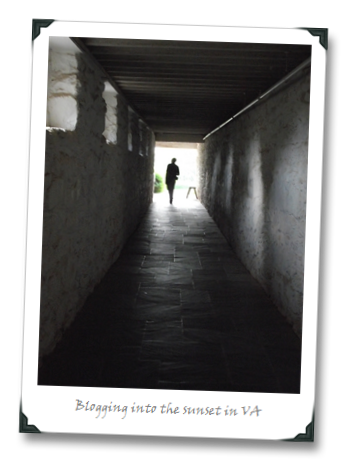