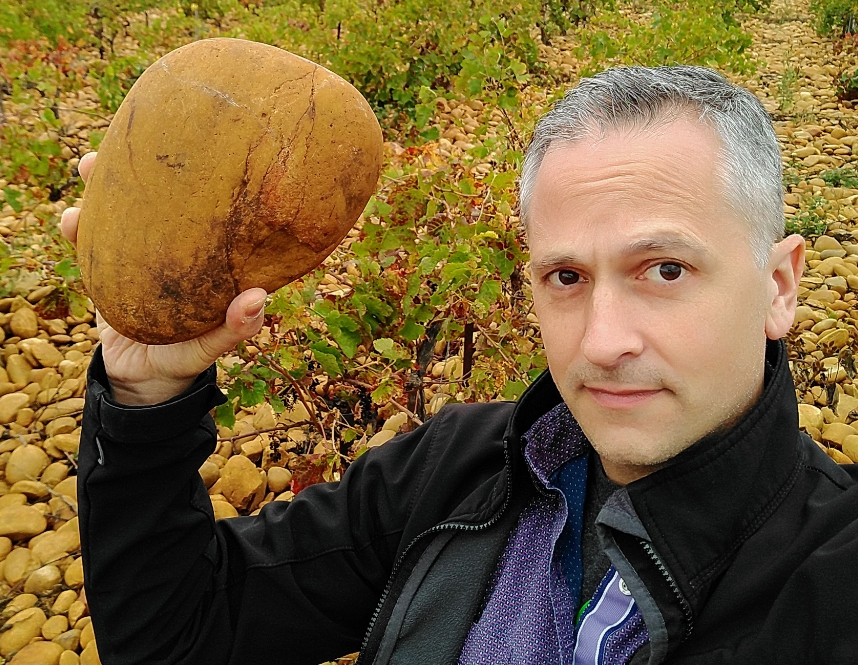 It’s Spring in the Northern Hemisphere, which for wine writers means one thing: an inundation of Rosé samples and PR pitches. So I am here to remind you about the Southern Rhône’s answer to Rosé Spring Fever: Tavel.

You remember Tavel. It’s near Avignon. Wine has been produced there for centuries as a light-ish red. It’s one of the first Rhône crus, having become an AOC in the 1930s. It’s 100% rosé – 60% GSM, with a bunch of other (in typically Rhône-ish fashion, seemingly one billion) varieties allowed. It usually clocks in at 14% abv, and sports some of the deepest, darkest, sexiest shades of off-red in the wine world. It’s rosé with seriousness, versatility, and personality. It’s rosé that embraces its butch side. It’s f*cking great. And it’s a potentially endangered species: while there are currently 900 ha of vines in the region, that number is eroding slowly as (according to appellation co-president Thomas Giubbi) successive generations fail to take up the vine and wine work of their retiring parents. So you need to drink more of this stuff.

The key to understanding Tavel (at least, as I saw it when I I visited last year via media jaunt), is to realize that the region’s three soil types probably have the greatest impact on its realization of kick-ass rosé. As Domaine la Rocalière’s Sèverine Lemoine explained to me, “Other [Rhône] appellations have three colors, and one type of soil; we have one color, but three types of soil.”

Those (in)famous Rhône galets, brought from the Alps via the Rhône river, provide grapes with structure and power. Clay-rich limestone promotes freshness and spice notes. Finally, the oldest soils – Pliocene sand – offer fruit with finesse and fruitiness. Combined with a Mediterranean climate, you’ve got a compelling environmental mix for crafting a seemingly paradoxical ballsy rosé.

Here are a few examples from compelling Tavel producers that I visited. Assuming that you’re man or woman enough to handle the Sergio Oliva of pink wine, that is…

This estate, with about 38 ha devoted to Tavel and Lirac, has been in the capable hands of sisters Sèverine Lemoine and Mélanie Borrelly since the retirement of their father Jacques in 2009. Their Classique is exactly that: a classic introduction to Tavel, given that it blends fruit from all three of the region’s soil types. Refined, with red fruits and floral notes, there’s spice, candied friendliness, and substance on the palate.

Grenache in this case is aided by Syrah and Cinsault, with the result being ample red berry fruitiness, with balance between tartness and richness. Spicy all the way through, floral, and polished, the mineral and saline notes round things out and make this totally irresistible to wine geeks (like me).

This stellar producer and tireless Tavel promoter is named after an 18th Century house purchased by proprietor Guillaume Demoulin’s grandfather back when the Tavel AOC was being established. The bulk of their production goes into this elegant, bold statement of a dark rosé – floral, ripe, fresh, pithy, finessed, long, and gorgeous. There’s saline, appealing red fruitiness galore, and a mix of structural punch and acidic zing.

The oldest (80+ years) vines are used to produce this blend of Grenache, Syrah, and Clairette, one third of which sees some oak. The red fruits are deep here, with rose petal, potting soil, and spice notes. Rosé doesn’t get a whole lot more structured – or kick-ass – than this.

Back in 1937, Tavel established one of the first co-ops in all of France, which is still making Tavel under the name Caves de Tavel, and is now an historic monument (built using the area’s loess stone). Some 40 families work with the co-op, and together they are responsible for half of the AOC’s total production (around 1.6 million bottles). While that might not sound impressive on its face, consider the context: it’s only been in the last two decades or so that rosé production has moved from “rustic” (read: “oxidized”) to fresh/fruity through more modern techniques. The most compelling offering from Caves de Tavel can be found under the Cuvée Royale label, made with fruit from galet-heavy soils. Riper red berry fruits are paired up here with pepper notes, ample body, and even more ample juiciness. It’s rosé for steak.

Since the untimely death of Christophe Delorme in 2015, the mother-daughter pair of Madeleine and Ambre have been making all things “go” at Domaine de la Mordorée, which hand-harvests about 10 ha to produce a relatively modest 50,000 bottles of Tavel each year. Little else about their excellent wines are modest, particularly the age-worthiness of their rosés – a 2011 “Queen of the wood” that I tasted had hardly broken a sweat, having developed into waves of perfume and marmalade. The 2017 version is, predictably, more youthful, but even more promising; spicy, perfumed, savory, with fruits that are red and ripe. The palate exudes teh kind of textural tension that I wish all rosés possessed.

This is a clinic in the deceptive versatility of Tavel in general. All strawberries, plummy red fruits, flowers, minerals, citrus pith and zest, you will immediately want a second glass after having the first. Which is a dangerous approach, since the La Dame Rousse seems almost impossibly lively for being nearly 15% abv. Talk about being poised.

Brothers Vincent and Bruno de Bez oversee Château d’Aquéria, Tavel’s largest estate, and, uncharacteristically for the area, one that farms a contiguous vineyard holdings at the borders of the Tavel and Lirac AOCs. The business was started by the family in 1924, but the estate was purchased 100 years ago, and has an even longer history (having belonged to the Count of Aquéria, who planted vines in the 16th Century). Some of the vines here are 75+ years old. While their Tavel rosé is piquant, with tons of floral, spice, and mineral notes, this is not a wine that’s ready to come around yet (which seems oxymoronic when writing about rosé). There are roses, red fruits, citrus, candy, but they are a bit reticent, with compelling structure that’s just beginning to integrate. Its future looks as bright as its acidity feels.